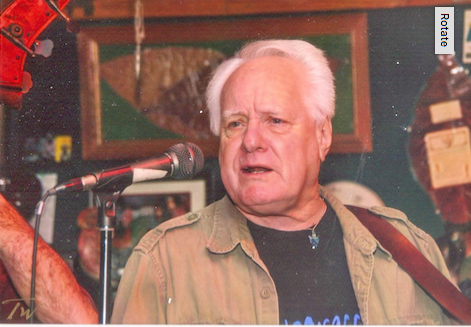 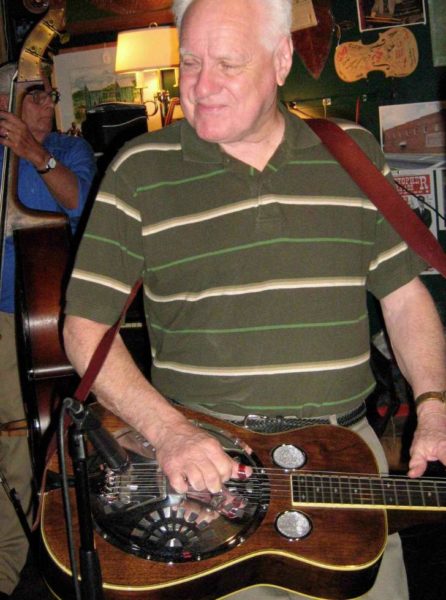 Clyde Mattocks is a legend in these parts and, in music circles, way beyond. He’s played RAF with several projects, including Highway 58, the Carolina Yellowhammers, the Malpass Brothers more times than we’ve noted, and Without Further Ado.
In 1974, Mattocks c0-founded (with Bill Lyerly) the SuperGrit Cowboy Band, for many years one of the premier country bands in East Carolina. The band had five 45s chart on Billboard’s Top 100: “She Is the Woman” peaked at #48 in 1982; “If You Don’t Know Me By Now” at #71 in 1981; “Carolina by the Sea” at #64, also in 1981; “I Bought the Shoes that Just Walked Out on Me” at #79 in 1983; and “Semi-Diesel Blues” at #83 in 1982.
In 1979 SuperGrit performed the Hood Swamp Symphony Ball with the ECU Symphony. Watch it.
Read Donna Davis’ profile of Clyde, from July 2021. 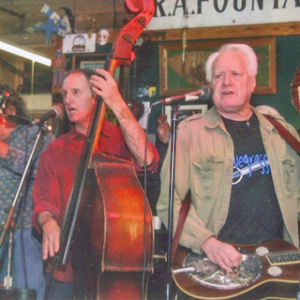 Kinston, NC, native Clyde Mattocks is a versatile musician who has been making music up and down the East Coast for over 40 years, and he has been called “the best pedal steel player in North Carolina.” He is joined in Highway 58 by John Booker of Greenville on bass; Danny Morris of Vanceboro on guitar; Tim Myatt of Snow Hill on banjo; and Don Batten of New Bern on mandolin. The band name derives from geography: two members who live on NC 58 and another lives just off of it. Mattocks is an original member of SuperGrit Cowboy Band, which was formed in 1980. He started Highway 58 to provide an outlet for his passion for bluegrass music. Mattocks also plays banjo and Dobro and is a popular studio artist, having worked on CDs by Two Dollar Pistols, P.J. O’Connell, Steve March, and the Malpass Family/Brothers. Mattocks has released two CDs on SuperGrit’s Hoodswamp label, Hugging the Hound and Over My Shoulder.