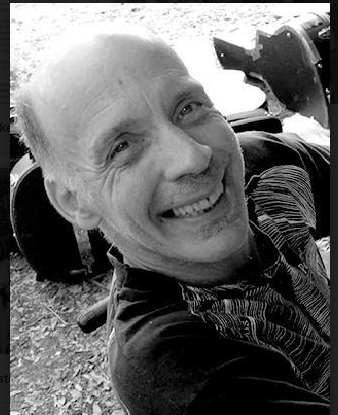 He put his finger to his lips, motioning me to be quiet. “There, a chickadee, on that lower branch!” I looked through the brush to see the spruce branch where the small yellow and black bird was trilling his characteristic chick-a-dee-dee-dee. All my 11-year-old senses were wide open, and I was thrilled to the core of my being. I was enchanted—with the bird, with the warm summer day, with my Uncle Gerard.

I called my mother’s older brother Uncle Gerard sometimes, but more often he was Mon Oncle Gerard. Their French-Canadian family had emigrated to northern Vermont when they were children, and though they could all speak English, when the relatives got together, they would more often speak French. The middle child in a family of six brothers and sisters, he was a small, almost frail man who had become bald early in life. He belonged to a Catholic order of teaching brothers, and sometimes he had to wear the black pants, black shirt, and white collar, but whenever he was at our home on the farm, he’d wear flannel shirts, overalls, and a beret.

Besides taking delight in seeing what was going on in the woods, Uncle Gerard also knew how to use the woods to help with certain ailments that we’d have. Because he had been somewhat sickly as a child, he’d helped his mother with some of the household duties rather than work in the barn. One thing that he’d learned from his mother was how to find healing herbs. One time when I was miserable because of a cold sore in my mouth he took me out behind the house to a stand of evergreen trees with moss growing beneath them. The next thing I knew he was on his hands and knees digging up the roots of a small plant growing in the moss. We brought the golden colored roots, called golden thread, into the house and washed them. Mon Oncle Gerard had me chew one of the roots, and sure enough, the cold sore was soon gone. He also showed me the spot down by the brook where we found wild peppermint that made a delicious tea to calm down an upset stomach.

Uncle Gerard loved to tell stories, and I never tired of hearing his tales. I especially appreciated them because neither of my parents were storytellers at all. My favorites were the stories from the Prohibition days in the 20’2 and 30’s. Since the family farm was only eight miles from the Canadian border, there had been a lot of liquor smuggling, especially on some of the back roads. He’d tell me about walking to the one-room schoolhouse and finding Model-T’s and Model-A’s in the ditches with bullet holes in them, abandoned by smugglers trying to make runs to the big cities like Boston and New York.

Mon Oncle Gerard got his greatest joy in helping people to find the best in themselves. He worked for a while in the inner city of Montreal, and during a visit I noticed several teenagers that dropped by his apartment to talk, hang out with other street kids, and raid his refrigerator. Even though a couple of the kids were obviously high, he didn’t give them a hard time, but rather, he spoke to each of them with respect, and it was obvious that they felt listened to. He loved that work.

At one point in Uncle Gerard’s later life, his superiors decided to offer their older brothers an option of traveling to see the world. He jumped at the chance and got a Greyhound pass that would allow him to ride anywhere in the U.S. or Canada. Most people, myself included, do not consider bus travel to be much fun, but Gerard had the time of his life on the trip. He traveled across Canada and then went down the west coast and over to Phoenix, Arizona, to see my sister; then he went across the U.S. and eventually landed in Greenville and visited the old farmhouse where I was living with a bunch of hippies, dogs, and my goat. He told me he would usually sit behind the driver, and if the driver liked to talk, Gerard would get the driver to talk about the places they were riding through. If the driver wasn’t a talker, Gerard would talk with another passenger or just enjoy the scenery. Either way, he delighted in the trip.

Later, after Uncle Gerard had retired from teaching, he volunteered to help at a school his religious order, the Christian Brothers, had in Haiti. When he returned (I was in college at the time) he told me all about the wonderful and terrible things in the western hemisphere’s poorest country. Among the wonderful things were the people’s sense of joy, the food, the music; among the terrible were the corrupt president, Papa Doc Duvalier, the lack of proper sanitation, and the lack of adequate health care for the people.

My first girlfriend, who is still one of my closest friends, confided in me once that she was attracted to me because she had met my uncle and realized what a special individual he was. I guess she figured that I couldn’t be all that bad of a person if I had a man of his caliber as my uncle, so I have him to thank for one of the richest friendships in my own life.

When Mon Oncle Gerard died from complications of a disease he’d contracted in Haiti, his fellow brothers in the order put together a pamphlet describing his life and his contributions. At the end, these men who had lived with Gerard, and who would know his flaws, decided that he may have been a saint. Even though it has been several years since he passed away, he is alive and well in my memory, and I think of him often when I think about how to live my life. I like to describe him as my Zen master uncle who knew how to live in the moment, who radiated joy, and who knew how to take pleasure from the simplest things in life.