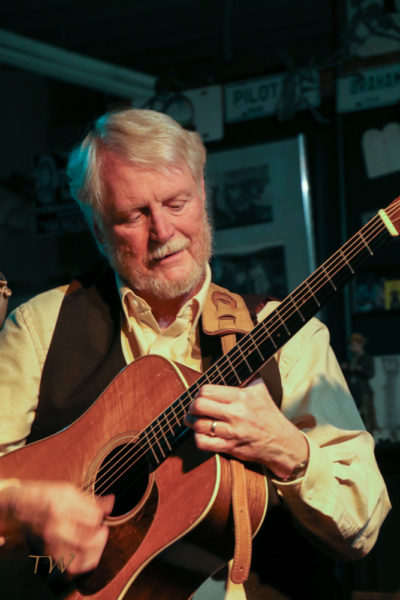 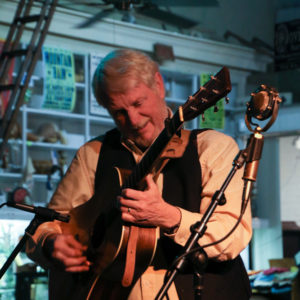 was especially known for his role in founding and keeping alive the Piedmont-based Bluegrass Experience. He played RAF several times, most often with Alice Zincone and also with Rick Lafleur and LaNelle Davis. We had talked often of him putting on a solo show of nothing but his original songs and jokes and had hoped it might happen once we got back from the pandemic. Watch him singing “That’s What I Like about You” at RAF, with LaNelle.

Tommy’s passing on May 22, 2021, just a day after Gov. Roy Cooper awarded him the Order of the Long Leaf Pine for exemplary service to the state and his music and Pittsboro communities, was noted as front page news in the News & Observer. 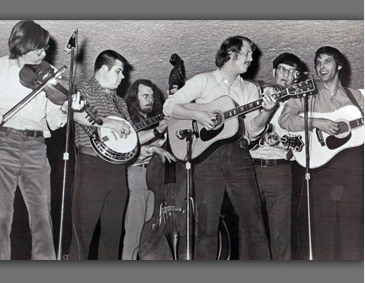 He won World Champion Guitarist at the 1970 and ’71 Union Grove Fiddlers Conventions. Soon after joining his first band, the Green Valley Ramblers, with brothers Paul and Donald Beane and Jerry Stuart, it morphed into the legendary Bluegrass Experience, with the Beanes and Tommy as a nucleus that included Thomas “Snuffy” Smith, Charles Lee Conard, and Fiddlin’ Al McCanless, From 1972-1981, they were regular performers at the Cat’s Cradle in Chapel Hill. A young Russell Johnson was one of the many regulars at their shows, where Johnson, who’d later front the Grass Cats, first fell in love with bluegrass. The Bluegrass Experience has been showcased at IBMA’s World of Bluegrass in Raleigh annually, and were slated to perform a 50th anniversary concert the weekend he died.

Tommy was a 1970 graduate of ECU, where he majored in history education and for 30 years taught NC history, health and phys ed, coached middle school football and basketball, and worked as an assistant principal in Chatham County.

While attending ECU, he became a regular picker at jam sessions hosted by local banjo hero Buddy Zincone, whose daughter, Alice, was then an infant. Decades later, she would become his picking partner in their band Carolina Lightnin’.

For 16 years, he hosted Bluegrass Saturday Night on WLHC-FM in Sanford.

In 1981, he and his wife, Cindy, opened Edwards Antiques & Collectibles in downtown Pittsboro, where he often hosted impromptu  jam sessions whenever anyone with an instrument dropped by.

RAF’s e.store has only one Tommy Edwards CD: 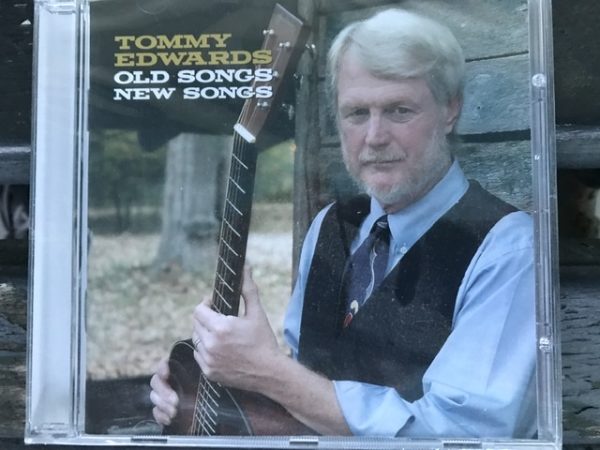