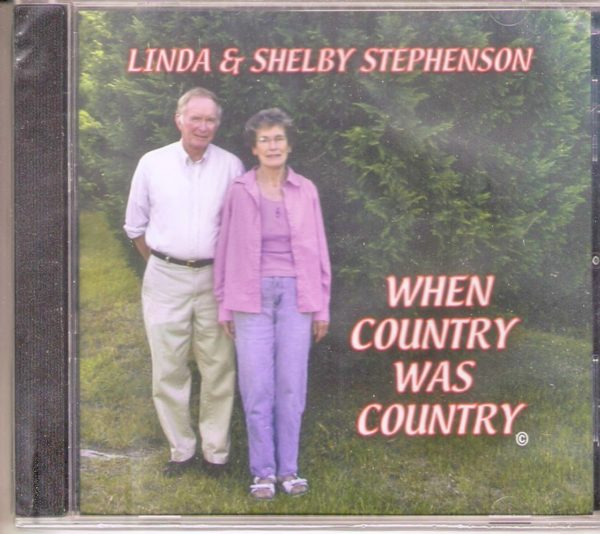 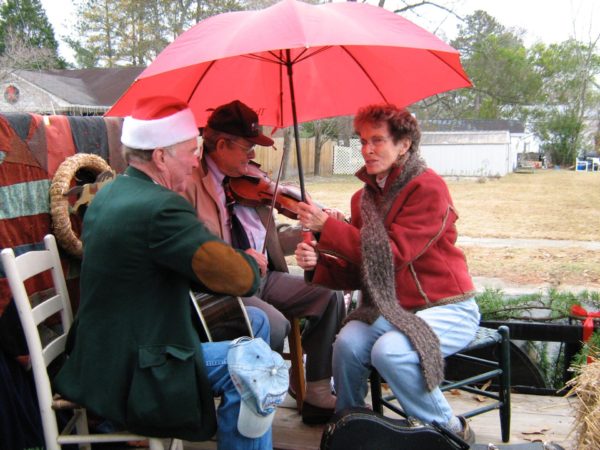 Always among our favorite folks to see in Fountain, Shelby Stephenson and his wife, Linda, performed at RAF countless times since their first, with the family bluegrass band Stephenson Brothers & Linda, during our November 2004 grand opening. They rode and performed, with Les Sandy, in our only Christmas parade “float,” on a drizzly Saturday afternoon, no one on the parade route aware they were seeing one of Bill Monroe’s Bluegrass Boys fiddling away with his picking buddies.

Had Shub not been so gifted as a poet, we’d likely have a lot more recordings from this talented duo, he on guitar and she on ukulele. I knew them for years prior to having ever heard of R.A. Fountain, from the NC writers circuit; they were regular featured and impromptu entertainers at meetings and informal gatherings all across the state, usually traveling in a big camper with their dog, Cricket–for whom one of their bands was named.

When Country Was Country. Buy it.