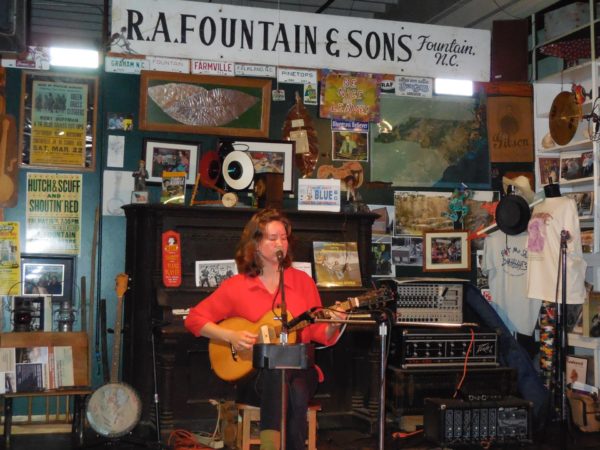 Swedish folk and blues musician Felicia Nielsen (formerly Shoutin’ Red) performed at R.A. Fountain with Hutch and Scuff on May 16, 2014.  Frank Matheis from The Country Blues called her “a young woman of rare ability” who “sings in a melancholy high, unique voice, forlorn and ethereal, reminiscent of some Blue Ridge Mountain girl singing ancient folk songs”.  Nielsen primarily plays clubs and festivals in and around Sweden and Europe.

Her debut album, Introducing: Shoutin’ Red, was released in 2015 just a year after she won the blues Junior Prize at Åmål International Blues Festival.

Her YouTube Channel has videos of past performances and collaborations with other artists for your enjoyment.