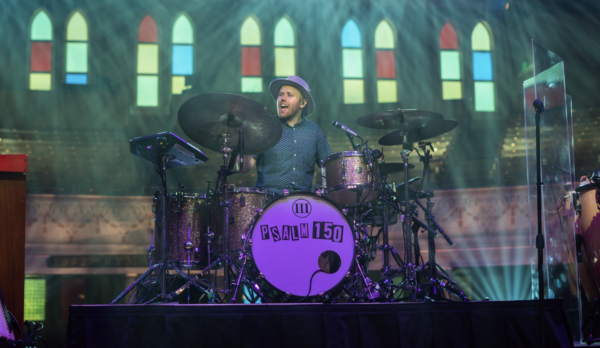 Coming Home with the Sidewalk Prophets

Rains Wallscomes home to play with with Sidewalk Prophets

No prophet is accepted in his hometown? While conventional wisdom, surely Sidewalk Prophets are an exception. Excitement is building for the appearance of the contemporary Christian music band from Nashville, Tennessee, in Greenville on August 29. Greenville native and drummer Rains Wall will be there with…cymbals on.

Wall is a product of Pitt County schools, from Elmhurst, to E.B. Aycock, to J.H. Rose and finally a 2014 music education degree from East Carolina University.

“My parents signed me up for orchestra in the 4th grade,” Wall said. “I had no idea what I was getting into, but I ended up playing the violin all the way through my sophomore year at Rose.  When I was at Rose, I found my passion for playing the drums and switched over my junior year and never looked back!”

His conversion (from violinist to percussion, that is) was gradual. He explains that when he was in orchestra at Rose, a full drum kit would be brought in occasionally to accompany the ensemble for a piece of music. “I clearly remember one year we were playing a Christmas concert and we played a medley of Christmas songs similar to Jingle Bell Rock,” Wall said. “We brought in a drum set player and he was making the song groove and sound amazing. At that point, I made up in my mind that drums and percussion were what I needed to be doing!”

Bill Jones, Wall’s best friend’s dad, gave him his first drum lesson. “He’s an amazing drummer and I wouldn’t even have started playing drums if it weren’t for him sharing his passion with me,” Wall said. “Because of him, I love the drummer for the Police, Stewart Copeland.”

After his first lesson, he talked to Russell Knight, who was band director at J.H. Rose at the time. “He agreed to help me switch from violin to percussion and really pushed me to be the best musician I could be,” he said. “Will Kitchin, a phenomenal drummer and still my favorite drummer, also was a drum teacher of mine and helped me learn and further my skills.”

This eventually led to him majoring in music education at ECU and studying with Dr. Jon Wacker. “Dr. Wacker ended up being a huge influence in my life and helped me hone in on my percussion skills and really become who I am today.”

Wall’s parents, David and Ann Wall, still live in Greenville, and their son is quick to express his appreciation for the nurturing they provided. “I honestly owe so much to them. They were at every concert or random band event that I’ve ever done!  Having parents that supported my passion really is the thing that I’m most thankful for,” he said. “I know not a lot of parents would support that because there aren’t too many full time music jobs out there. I’m very thankful for their belief in me and how much they helped me grow in my craft.”

While in Greenville, Wall played in local church praise bands.  “Jason Ebeling from Discovery Church at the time helped with getting me my first drum set when I was in high school. Also Joe Cox was super helpful with getting me lessons when I started playing at St. James. Thankful that they both believed in me and invested into me at a young age,” Wall said.

As well as playing at local youth groups, Wall also played at Covenant church. “In college, I played with David Dixon who is now located out of Wilmington, and we played all over eastern North Carolina. I also played with a Christian band based out of Raleigh called Awake the Fire.”

Wall has been touring for over 8 years with multiple bands. “If it were only about the travel, I would’ve stopped a long time ago. The touring life, living on a bus is not for the faint of heart,” he said. “I came to a moment in my life where I really just wanted to be able to play music and travel for the right reasons. If God gave me this gift, I really just want to use it for Him and to help further the gospel.”

Wall offers remote lessons with students all over the country. “I love teaching! “ he said. “The biggest piece of advice that I’d give would be to simply take every opportunity and be the best you can be in that opportunity. As cliché as that sounds, it has been the single biggest thing that I’ve lived by in my career and it really has served me well. It’s not all about trying to climb the ladder and meet the right person. It’s all about stewarding what you’ve been given and doing it as well as you can. I truly believe that the right doors will open for anyone who puts in the work and stewards what they have well, for the right reasons.”

The Sidewalk Prophets, with Rains Wall on drums, will be playing at Unity Church 4301 Charles Blvd. in Greenville on August 29 at 7p.m. for “The Great Big Family Reunion Tour.” 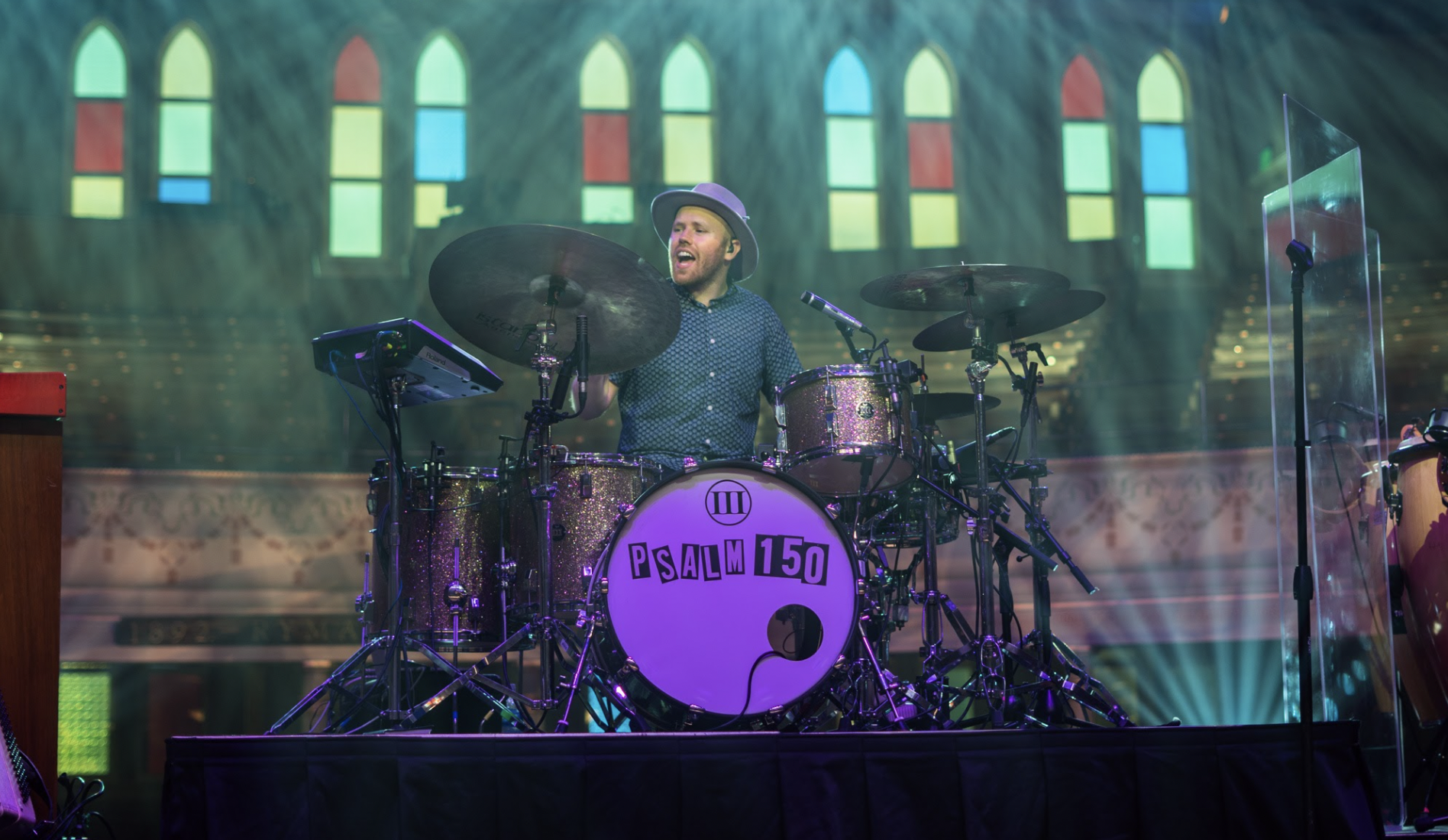