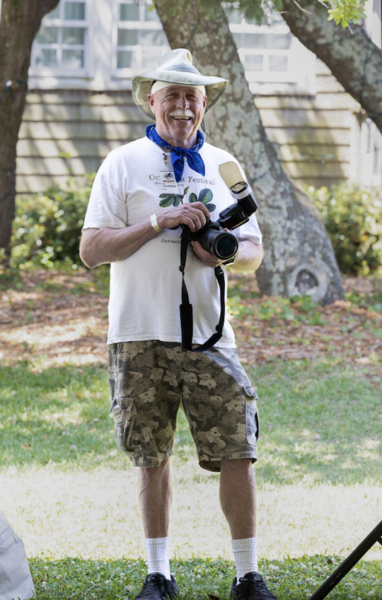 Capturing the Sight of Music

Tom Whelan: The candid cameraman who captures the sight of music

Tom Whelan is such a faithful attendee of live music events in the Washington, Greenville, and surrounding areas that quite often he finds himself comprising a good percentage of a listening audience. Therefore the only conclusion one can draw is that he is a giddy music fan cleverly disguised as a reticent cameraman. He says he enjoys taking candid shots, and by that he means capturing musicians in action with his camera lens, as well as not being shy about giving his opinion of a performance (with his trademark deadpan expression) if asked. 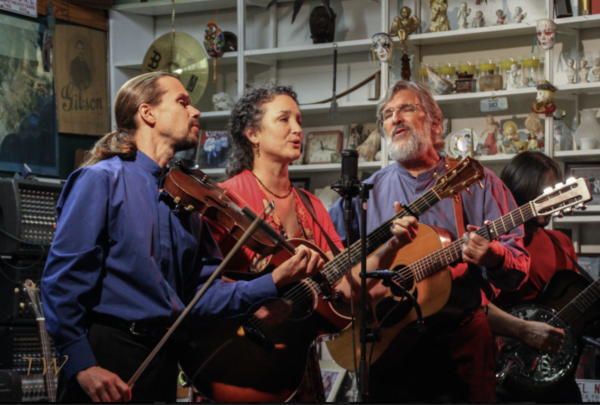 But indeed he’s only kidding because musicians are quick to express their appreciation for Whelan. Gary Mitchell from Ocracoke’s popular Molasses Creek band, says, “Tom Whelan is a wonderful photographer and music lover, and we’ve been so fortunate as a result! For as long as I can remember, he’s been stealthily capturing candid shots of  Molasses Creek and many other acts during the Ocrafolk Festival in June.”

“Tom is a gentleman and a diplomat,” harmonica and washboard musician Bill Hunneke adds. “I must admit, I occasionally ham it up for the camera–they call it show business for a reason right? But I always figure if Tom is so dedicated to schlepp all over creation to shoot us, the least we can do is give him some interesting material occasionally.”

Whelan has been photographing the Donald Underwood Thompson band for over 15 years, Thompson said. “He’s an excellent photographer, technically; moreover, as I’ve said to him many times, ‘Tom, you are an artist.’ Beyond photography, Tom is a kind and generous guy.” 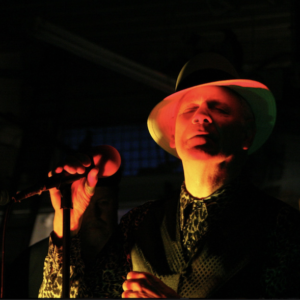 “I’m always glad to see him and [his wife] Mary in Fountain,” Alex Albright said, “and he always follows up with a full set of excellent photos, many of which are the heart of our Pickopedia webpage. Tom knows his music as well as his photography—his composition and lighting are superb–and when you get an artist working with what he loves, the result is beautiful documentation.”

If you’re nice, he’ll add you to his picture-of-the-week email distribution list. If you’re on his “Naughty” list, he’ll hint that you need to work on your hostile resting face that makes him have to take twice the shots to get a decent picture.

“I’m a retired engineer who lives in Little Washington,” Whelan explains by way of introduction. One of his hobbies is photography and another is watching and listening to live music. He rolled the two interests together after having dabbled in photography since grade school.

“My first camera was a Kodak Brownie Hawkeye film camera,” he recalls. “I received my first 35 mm camera in the 6th grade and I supplied pictures to our student newsletter.” 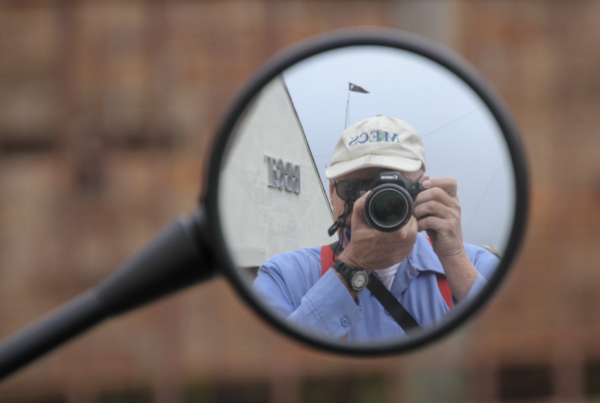 He explains that he got serious about his photography after receiving “marching orders” in the early ’90s from his wife.  She wanted him to buy a better camera so he could start taking decent family pictures.

“Luckily for me this was about the time that electronically controlled single lens reflex film cameras were being made available at a price for the amateur photographer,” he says. “For the first time in my photographic experience I had a camera that would consistently deliver pictures correctly focused and properly exposed 90 percent of the time.”

Through his photography, Whelan explains that he’s come in contact with a lot of people in the entertainment industry. “Many musicians and singers are aurally oriented rather than visual,” Whelan says. “I’ve had many of them, when I talked to them after a show, ask me not, ‘Did you get some good pictures?’  but ‘How did we sound?’”

Digging deeper into why he “schlepps” all over the place taking these pictures, Whelan returns a thoughtful response: “The superficial answer is that I want to create outstanding images. Images that years from now I can look at and say ‘that was a really excellent picture.’  I find that musical performers make excellent subjects. They are standing up on stage and  focusing almost totally on the song they are performing. They usually do not realize that I am photographing them even when I move around the space to get a better angle. Performers also tend to be somewhat repetitive in their motions and facial expressions. If you observe an expression or position you would like to capture, be patient and be prepared, they will probably do it again.”

But he also realizes he’s capturing “moments in time we can all use or look back on in the future.”

While he gives electronic images to performers to use for their own promotional purposes, he often also goes to the trouble to give them paper prints: “I get kidded a bit because when I deliver the prints in person I usually package them in a clear zip lock bag.”

Very few people have paper prints made these days, Whelan observes. “They don’t tend to think about how ephemeral electronic files can be. Years from now the only images they may possess from today may be in the shoe box full I gave them.”

Often when a performer passes away, Whelan has gone back and collected all the images he had of them and presented the photos to the family.  “Sometimes I will give them the files or a set of prints but I have also created collages or photo books.”

Whelan acknowledges that while he enjoys listening to music, he is more of a doer than a listener. “I want to be doing something at the performance, preferably something productive” he says. “Taking pictures allows me to feel like I’m taking part in the performance and at the end of the show I have something tangible to show for the time I spent.” 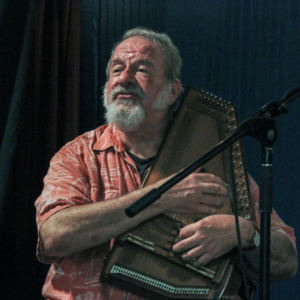 Whelan’s musical tastes gravitate to folk, bluegrass, Celtic, blues, old time country and old time rock and roll. The event that he has attended every year since 2006 is the three day Ocrafolk festival on Ocracoke Island. “I enjoy the type of music at the festival and on several occasions I have been part of the group of photographers asked to document the festival.”

If there is a local or regional festival within driving distance, there’s a good chance Whelan has it on his list, from the Guitarfest in Washington, to Pickin’ on the Pungo in Belhaven, to the Unknown Tongues’s Gloucester Community Mardi Gras festival. He and Mary also venture farther afield to bluegrass festivals and fiddler conventions.

Whelan has had the pleasure of watching some musicians grow up performing, like Pattie Hopkins Kinlaw, Samantha Casey, Sarah Hollis, Justin Harrison and Caroline Dare.

“I got into a conversation with a gentleman at a sand sculpture event in Florida,” Whelan shares. “I asked him if it didn’t bother him that he would spend several days creating this large sculpture, then he would leave and the weather would wash it away.  He said no, that he was even worse than that since other times of year he does ice and pumpkin carving. If you think about it, musical performances are also only momentary.”

And that must explain Whelan’s tireless mission to capture the sight of music before the last note is played and the image–guitar strummed with a flourish, head cocked to the side, mouth open in the “Ah” moment of a song–vanishes like a vapor. 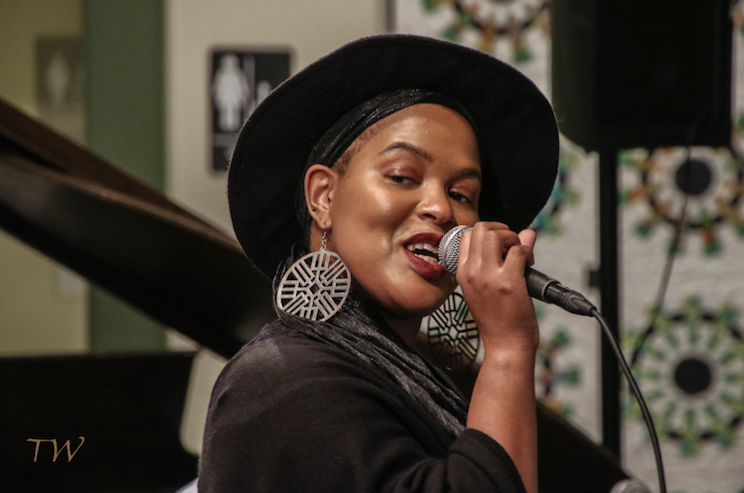 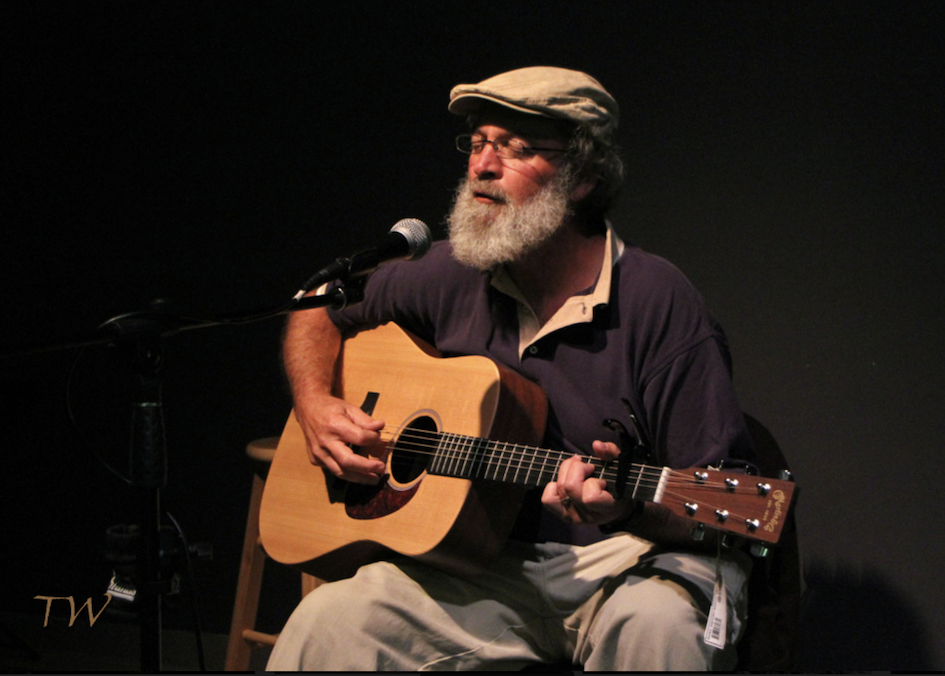 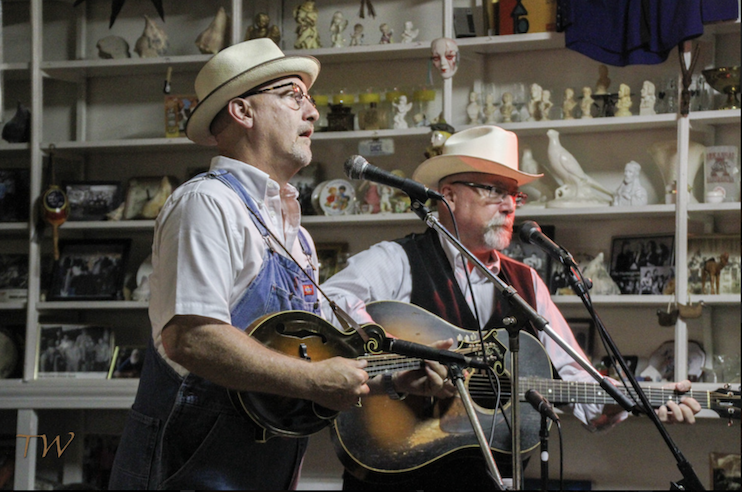