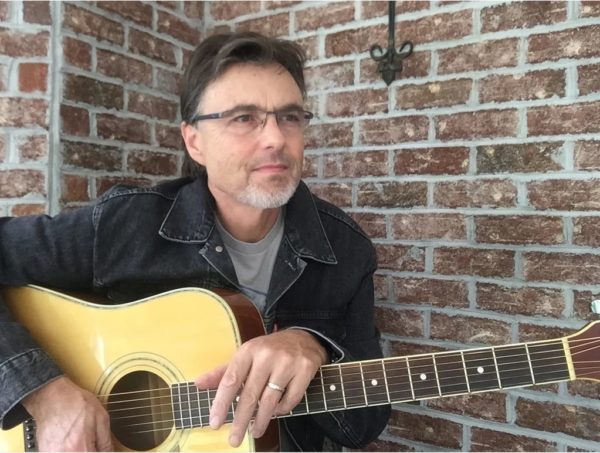 Musician Who Plays and Gives

We’ll never hear these iconic songs performed live by the original artists again, but they live on, even locally, through musicians like Joe Shingara.

The John Lennon and Tom Petty classics are his favorite songs to play…at the moment, that is. And that’s a significant caveat, because he is quick to explain that his “favorite” song is usually the one he’s working on at the time.

“I play a wide variety of music depending mostly on the venue and crowd,” he explains. “I play at a number of markets, festivals, and events where I collect and direct all donations to charity. In the past few years, I’ve raised and donated over $2000 to the Children’s Miracle Network – James and Connie Maynard Children’s Hospital here in Greenville. I hope to raise another $1000 this year. I love this charity as it provides exceptional health care to the children of Eastern North Carolina. Donations fund the cost of care, facilities, and equipment needed to heal our children and let them focus on being kids.”

These days the venue is most likely his living room and ”the crowd” includes Dee (his wife) and Tootsie, and Milo, his canine companions. Let’s hope he’s getting a spousal ovation and lots of paws applause.

He describes his style as “rock, country, blues and Americana genres. If pressed, he hones in a little more. “I suppose I prefer 70’s & 80’s rock and folk/Americana music but I really like it all. My current preference is Americana. I really enjoy listening to artists like the Avett Brothers, the Wild Feathers, Amos Lee, Ryan Adams and Tyler Childers. I’ve been spending a lot of time learning songs by these and other Americana artists.”

Joe credits Neil Young, Bob Dylan, Amos Lee, and Tom Petty as his biggest musical influences. Outside of family, that is. “My mother singing ‘You Are My Sunshine’ is my earliest musical memory. I’ll never forget it. I lost my mother about 30 years ago and this is still one of my fondest memories of all time. I really like the song and it’s definitely a crowd pleaser in certain venues. After learning the lyrics and performing the song, I was surprised to find out that it’s actually a really sad song about lost love. I think my mom only sang the chorus.”

His favorite band in high school was Boston. “I remember the first time I heard one of the tracks from their first album. I was working at my uncle Joe’s gas station and one of my friends drove up to the pump and said ‘You’ve got to hear this…’ He cranked it up in his Plymouth Duster. It was so cool to me, I just loved the sound. I went right out and bought the 8 track! I think I wore at least three or four of them out listening to it…”

And he was school-age when he began playing…wait for it…the saxophone, which might surprise a few who know him. Even though he gave it up after a few years in favor of the guitar, one can’t help but wonder if it contributed to the soulful undertones in his music.

But if he were putting together a music festival and could invite any three bands, living or only living on in our hearts, who would they be?  “If it were rock… the Beatles, the Rolling Stones and Prince! That would be a big-time festival.  If Americana… Ray Lamontagne, Amos Lee, The Wild Feathers.”The artist he would choose to sit down and play with would be none other than Tom Petty. “Just an amazing talent, excellent song writer, great performer, great band. I’ve read his biography recently and find him and his life story very interesting and inspirational.”

But what brought Joe to Greenville to start with?

“I’m an electrical engineer, I studied at the Rochester Institute of Technology, and hold engineering degrees from there and the University of Dallas. I started my professional career with Texas Instruments and spent 35 years developing industrial automation solutions. I helped automate all kinds of plants around the world. My family ended up in Greenville because I came here to help automate the sterile production facility at the DSM Pharmaceutical plant. I retired a year ago and pretty much focus on my music now. I also enjoy fishing, motorcycle riding, and spending time with my family and friends.”

Family is important in his life: “I am married to my lovely wife Dee; we’ve been married 32+ years. She is a financial analyst at Vidant Health and a graduate of Mount Olive College. I have two grown sons (twins) who both live in Charlotte. We all like music but I’m the only one who plays an instrument. My son Stephen is thinking about learning to play the ukulele, so I’ve been encouraging him to do so and I’m hoping he does. I’m already looking forward to the family jam sessions!”

What are local musicians doing to keep from being stir crazy while the venues are closed? “Besides taking care of the house and playing with my dogs (Tootsie and Milo), I’ve been doing quite a few Facebook ‘Live’ music sessions and a few Facebook music video uploads. I’m a member of a few Facebook groups with focus on music and “live” performances. 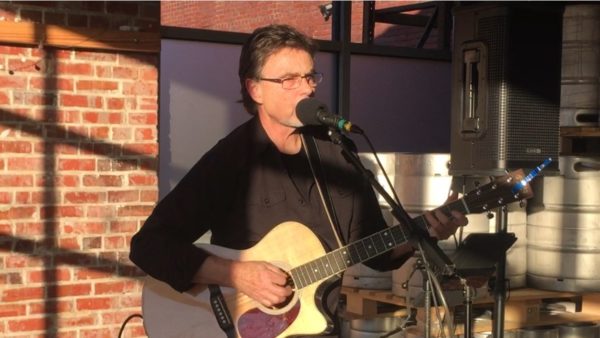 I’ve really enjoyed participating in ‘The “BoCo Music’ and ‘Socially Distant Fest’ groups. I’ve been watching performers from around the world perform music from their homes and it’s been both entertaining and educational. I’ve also been focusing on improving my guitar skills. Specifically, I’ve been working a lot with my looper pedal which helps me practice my guitar soloing. I’ve been revisiting a lot of songs and improving them with more interesting guitar techniques and solos. My wife and I just binge watched Ozark so there’s that too…”

And by “participating in” the local music Facebook groups, Joe knows how to give and receive, performing and supporting other musicians in equal measure. It’s hard to tune in to a live-stream of a local without seeing that tell-tale Facebook notification, “Joe Shingara is watching with you.”  While his friends might jokingly post a request to his livestream, “Freebird!” he doles out compliments to others’ music posts, such as, “Cool! Vocal and new guitar sounding great,” in response to Melissa Glen’s cover of Angel From Montgomery.

But at the end of the day, what motivates Joe to play music?  “I just have a love for all music. I get that from my father, although he didn’t play an instrument he loved music and was a good singer (and whistler). Our house was always filled with music. For some reason, I’m just drawn to it, I wake up in the morning and I want to make or listen to music.”

Maybe music, these days, is like sunshine. And even a pandemic can’t take our sunshine away.

Originally published in the Daily Reflector May 3, 2020.