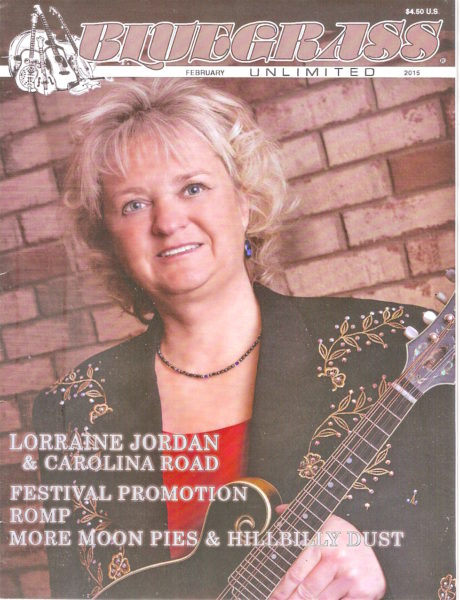 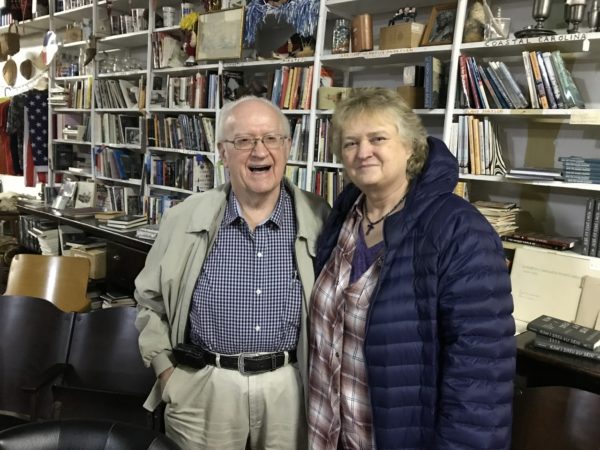 Lorraine Jordan and Carolina Road have been one of the most successful American bluegrass acts of recent years–their Bill Monroe’s Ol’ Mandolin has been, in late 2020 and early ’21, on Bluegrass Unlimited‘s charts for nine months, several at #1.
She lives in Garner, where she also operates Lorraine’s Coffee House, Jordan started out as a bassist in regional country rock and classic rock bands, until she heard the Seldom Scene. “I just became a big-time follower of their shows,” she told Bill Conger for Bluegrass Unlimited. “I’d go to Washington, DC, and their reunions to see all their shows,” she told Bill Conger. “It made me want to play the mandolin.”
She grew up in Vanceboro, where, on the road to Atlantic Beach from Greenville you could for many years find the best orangeade in the world. Ted Lehman reported for Bluegrass Unlimited: “There’s no evidence that Lorraine had any background at all in bluegrass music.” While in high school, she played bass in some local country music jams hosted by a farmer who encouraged her to listen to bluegrass.
She’s also an ECU graduate.
Ramona Church asked her to join Carolina Road as it was getting started, in 2001, and within a couple of years, after Church had departed the band, Jordan was its lead singer. They’ve since had several bluegrass hits, including last year’s “Why Can’t Blue Grass (Just Be True Grass Again?)”
Though we’ve never hosted Carolina Road, we got Lorraine to town for the Garrett Newton Band’s first performance here in 2020. She and her husband, Tom Langdon, were guests for the evening but she still entertained us with a couple of songs and signed a copy of the BU with her on the cover. Langdon, by the way, played banjo and resonator guitar at RAF with Carolina Sonshine.
The stage Jordan hosted at the 2019 IBMA World of Bluegrass in Raleigh was a big hit both for the excellent bands that played there, most from her associations from her Coffee House and thus also familiar to us and our audiences, and also for its proximity to the NC whole hog cooking competition, where you could get all the prize-contending  ‘cue you could eat for $10–the 2020 version yet another victim of our COVID times.