David Blount shares love for music with community and family

Multi-instrumentalist David Blount has been a fixture in the Greenville music community since 1980, as owner of a recording studio, sound engineer, and, of course, a gigging musician. These days he plays 10-15 shows a month, sometimes solo, with his full band, or in a Raleigh area duo called Tiger Lily. But quite arguably his favorite times are when his daughter Kass is in town and they’re able to gig together. During a recent Daddy-Daughter Tour, they played 5 shows in 4 days.

“I’ve been here longer than where I grew up,” Blount says. “I was born in Kannapolis and moved to Salibury when I was 8.”

Blount credits his mother as being his earliest and biggest influence in music: “My mother was a pianist and she sang in the choir in church. She taught me how to play piano when I was six years old, and I started taking guitar lessons when I was six year old. I was singing because my mom was so big into choir and we were always singing church songs. We would do duets–I would play guitar and she would play piano and we’d sing together. ”

In 7th grade he joined the middle school band. He wanted to be a drummer but ended up playing baritone. In high school he played trombone and baritone. Then at age 15, he started his first band: “I started a little band, mainly friends of mine in the high school band, called Blaze, and we played like Boston and Styx and Lynyrd Skynyrd. By the time we were 16, we actually had a paying gig. We played in this little club for the kiddies.

“I was in the high school talent show when I was 17. We all dressed up like KISS and wore all the makeup. I was Paul Stanley, and the bass player, he was Gene Simmons and he spit out blood in the middle of one of our songs. Fake blood and got it all over the floor, and the principal was so mad at us. That was the first time I played in front of a big audience because we played in front of the entire school and basically I just got the bug.”

By the time he graduated high school, Blount says, he wanted to be a full time musician. But his father had other ideas: “My father was a doctor and he thought being a musician was a worthless occupation. He did everything in his power to try to get me not to be a musician.”

Blount is quick to add: “My dad was a really good person and a great father. He just felt like I was going to waste my life away playing music. It is a struggle, and my father was right. It’s been a tough life. There have been times when the money was great. And then there have been times, like when the pandemic hit, I lost all my gigs. I didn’t play a gig for about 9 months.”

Blount came to Greenville to attend ECU in 1980, graduating in 1985 with a degree in biology: “When I came to school here, I was in a band, Off Center. We were pretty popular back then. We won WZMB’s Battle of the Bands.  And they would play our original music on the radio station all the time. We played the Attic. We were together about 7 years.”

After graduation Blount had a brief stint in medical school and then working at the medical school before he decided to give up the biology career in 1986 and earn his next degree in recording wngineering and production. He came back home to Greenville and started a recording studio that he ran for 26 years.

“I recorded Mike Hamer,” he remembers. “He was my first client I ever recorded. And I recorded thousands of groups. I recorded over 100 songs for Mike. He was an inspiration to me. He wrote more songs than anybody I know. Eventually I gave him a program so he could record at his own house. The first thing I did for him was ‘Songs for Freedom.’ And we did another song for the United Way, ‘The Gift Goes Around.’ I recorded that in my studio and played on it.”

The recording studio was called Blue House Studios and Blount ran it until 2007: “I worked with bands like Parmalee, before they got famous. I used to run sound for their band when they were in high school. Their dad, Jerry Thomas, was one of my best friends. Some musicians that I recorded went on to be really famous. The drummer for Ben Folds Five recorded in my studio, Darren Jesse, and he co-wrote that song ‘She’s a Brick.’ He made so much money from that song that he retired.”

“I play ‘Summertime’ by Ira Gershwin all the way to something that was just written a few years ago,” he says. “I play a little bit of everything from jazz to rock to even some old folk music and classic rock. Even some country. I probably know over a thousand songs. If I had it up to me, I would play nothing but my own music, because I really enjoy playing it the most.” 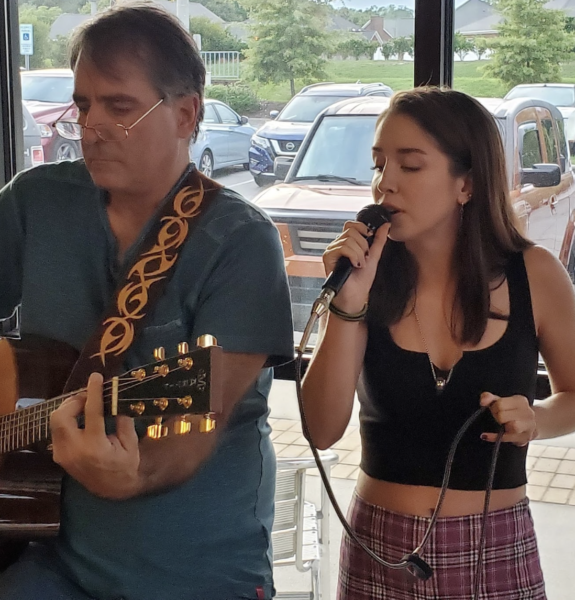 But any chance he gets, Blount jumps at the opportunity to play music with his daughter, Kass, who earned a degree in jazz and vocal performance from UNC-Asheville and now lives in Asheville: “My daughter has probably played over 300 gigs with me. She’s been performing with me since she was 14 years old. She’ll be 22 this year. We love playing together. After this past weekend playing together, she said, ‘Dad, this is probably the most fun I ever had, playing a gig.’ That melts your heart. I taught her how to play guitar when she was young. Now she plays guitar, piano, drums, saxophone–and she sings and she just got a job as a music teacher.”

What does the future hold for Blount? He says, simply: “You know what? I’m never going to retire. I would be bored to tears if I didn’t play music. I’m going to play music until they put me in the ground. Basically, music is like therapy to me. There’s not a day that goes by that I don’t pick up the guitar. I’m either learning a new song, writing a new song, recording a new song, or trying to tighten up some material I just learned. I feel like you never stop learning. I’m always trying to get better.”

Blount will be performing tonight, September 17, at Uptown Brewing Company, 418 Evans Street, 8-11 pm, Parley’s Sip and Steam in Washington on September 23, 7-10 pm, and his full band will be playing at AJ McMurphy’s October 22. 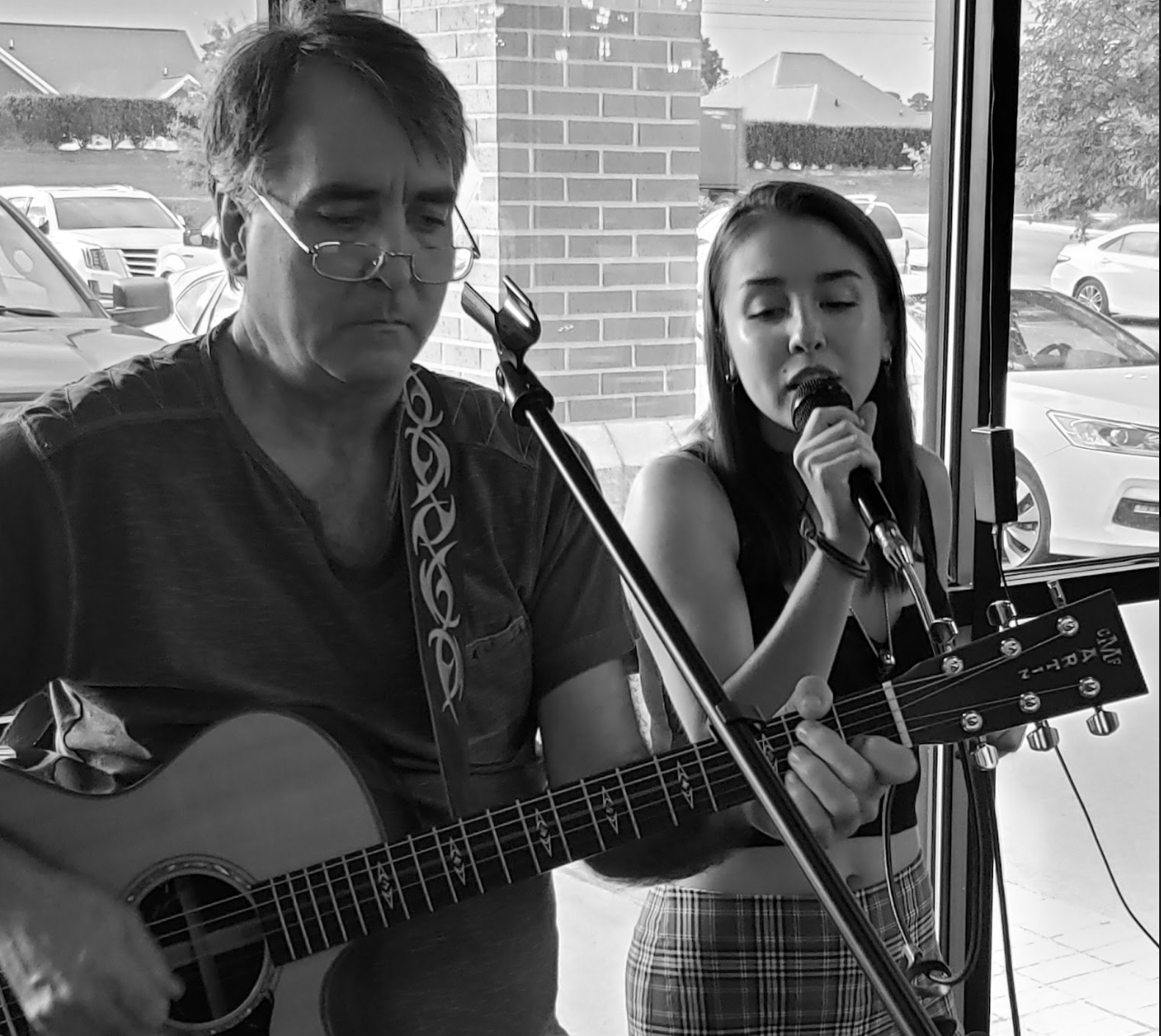