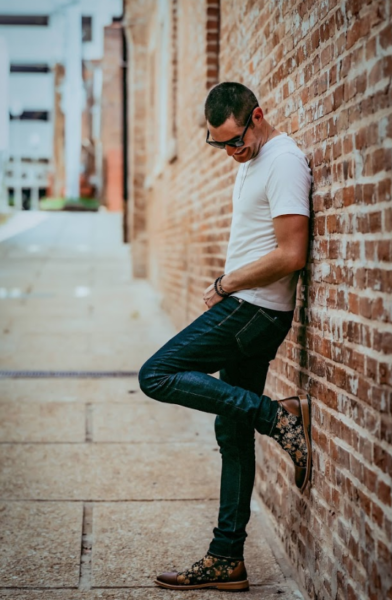 Still in “The Game”

Despite pandemic, David Dixon is Still in “The Game”

While the past year has been a gut-punch for musicians, Greenville native David Dixon made the best of the situation and retreated to his studio, creating and recording new music. Dixon wrote all of the songs and performed most of the instrumentation on his forthcoming EP. “I worked remotely with collaborators from all over…Argentina, Australia, Pennsylvania, Virginia,” Dixon says. “It was a fun, new way to record and make music.” A product of Greenville schools (South Greenville Elementary, C.M. Eppes Middle, and Rose High), Dixon now resides in Wilmington, but frequently visits the area, performing locally. One might say he got an early start with music. 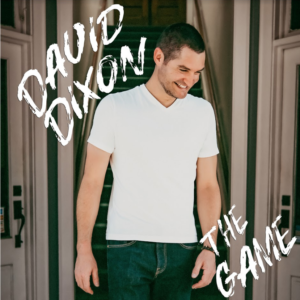 “My mom [Mamie Dixon] is a violin teacher in Greenville and has been involved with the Suzuki method for decades,” he says. “The Suzuki method revolves around ear-training before learning to read music. My mom started me on violin when I was just two years old, so my path as a musician began involuntarily. I sure am grateful for that now. I realized once I got to music school, how much of an advantage I had compared to some of the students with a more traditional music background. I could memorize music and also play most music that I heard, in a lot less time.”

When in the 5th grade, his school orchestra needed an upright bassist and Dixon was chosen. “That led to me playing bass in my mom’s group, the HiStrung Players. We played all over the place, the highlight performance being at Disney World.”

He remembers learning to play “My Girl” on the bass: “It’s an easy part, but there’s a real groove present. I can recall how cool I felt playing that ‘My Girl’ bass line for the first time, That feeling was a pivotal moment for me.”

A couple of years later he began playing around with his friend’s father’s guitar: “I think once I learned my first portion of a Led Zeppelin song, my musical fire was officially lit.”

While at Rose High, Dixon was able to leave campus twice a week to attend some college music classes at ECU. He audited a jazz  improv class taught by Dr. Paul Tardif his senior year. “It was way over my head at the time, but I picked up some really helpful musical knowledge by being able to sit in and listen,” Dixon remembers. “Before transferring to Berklee College of Music in Boston, I also studied with Carroll Dashiell at ECU. He took a liking to me and taught me a great deal. He’s an incredible musician, a true Greenville gem.”

During high school, Dixon had an experience performing at a local landmark that still stands out in his memory. “My high school band, Festival Blues Band, got a chance to perform at the Attic nightclub,” he remembers. “They were having a Battle of the Bands and provided pro lights and sound…our first taste of a proper live music experience. I’ll never forget the band being announced, the screen being raised to reveal several hundred cheering people in the crowd, and us (band members) just looking at each other like, ‘Whoaaaa’.”

And just like that, he felt like a rock star. He laughs and adds, “It was a rush I think I’ve been chasing ever since.There was no turning back for me after that.”

His band ended up winning the Battle.

Considering that Dixon already had a classical music background, he actively pursued studying jazz: “I thought studying jazz would increase my musical vocabulary, and give me more options. It’s kind of like when you hear an abnormal choice or unique chord progression in a song that sounds really interesting. I wanted to know how to do that, and studying jazz helped me a lot.”

These days he describes his style as “John Mayer meets Derek Trucks, with some Ed Sheeran sprinkled on top.”

The pandemic presented Dixon with an unplanned new approach to recording music. Instead of going into a professional studio and recording with other musicians like he’s done in the past, he upgraded his home recording equipment. “Once I was able to record most parts on my own from home (vocals, guitar, bass, keys & percussion) I really only had to outsource live drums or drum programming,” he says.

Dixon worked with a mixing engineer/producer in Pennsylvania named Carl Bahner: “I ended up collaborating with Carl on all of the songs. We’ve actually never met in person. I would send him demos, and he would weigh in with ideas. We would regularly send voice memos where we would sing or hum ideas to try out. It was really fun to be able to record ideas on our own, then send them back and forth and decide what worked best.”

Bahner referred him to other musicians that he hired to work remotely. “His friend Tomás Shannon actually recorded live drums for one of my songs from his home studio in Argentina.” Dixon says. His mastering engineer is based in Melbourne, Australia. “Another highlight was Carl referring me to John Legend’s sax player, Korey Riker.”

A live release party is planned for August 19 in Wilmington, where Dixon will be performing some of the new songs for the first time: “We’ve teamed up with local charity Nourish NC to have some of the proceeds go to feeding hungry kids in New Hanover County. The idea is to get a bunch of folks together for a live concert and celebrate the new release, and also try to do a little good in the community at the same time.”

Dixon is already working on the follow-up single to the EP. “I’m really excited about it. I’m performing violin parts on that one,” he says.

His next scheduled performance in the area will be at Local Oak Brewery in Winterville on October 22nd at 7pm. Dixon also has a Greenville house concert in the works. “Intimate shows really help me to connect with the audience,” he says. If anyone is interested in hosting one, drop me a line at my website.”

His new EP, “The Game,” will be available on all platforms by August 13. 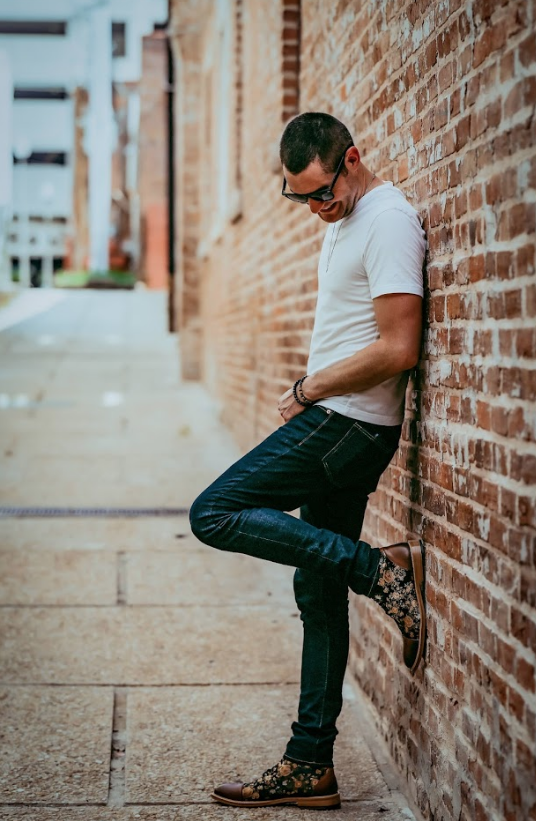