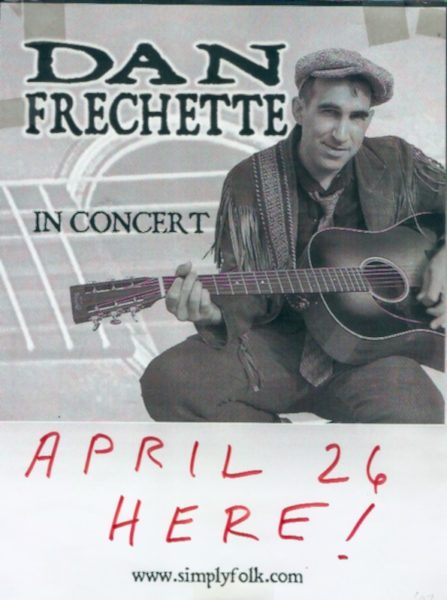 Multi-talented Canadian folk performer Dan Frechette is a four-time guest at R.A. Fountain, having performed solo thrice and once with his duet partner Laurel Thomsen.  Frechette plays fifteen instruments, including guitar, drums, bass, mandolin, ukulele, and banjo.  Also a talented songwriter, he has written more than 1500 original songs.  SingOut Magazine called him “…one of the best songwriters we’ve heard in a long time.” Touring around the world, Frechette has performed at a variety of different venues and major folk festivals.  Frechette has released 86 albums over the course of his career.  You can view his full discography and purchase his music here.  Meeting in 2012, Frechette began recording and touring with roots-folk bandmate Laurel Thomsen in 2013 under the band name Dan Frechette and Laurel Thomsen.  Their albums can be purchased here.