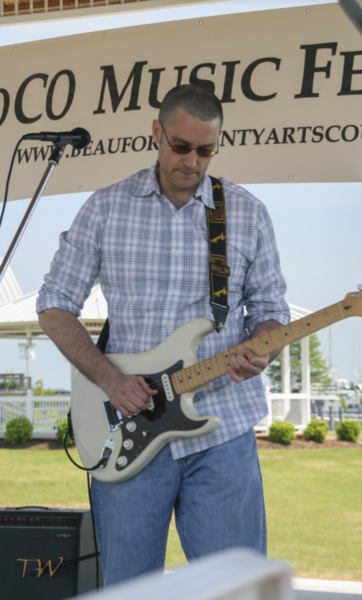 A regular at local guitar-fests,  J.B. Mayes can be seen performing in the duo Pamela and J.B. with a group out of Clayton called “Brother Lucky,” and solo with his self-described “melodic instrumental rock.” He also calls it “instrumental rock with elements of funk, jazz, and blues.” Those who go way back in Greenville may remember he is credited on Mike Hamer’s CD, “The Cantankerous Casio Tour,” playing electric guitar. 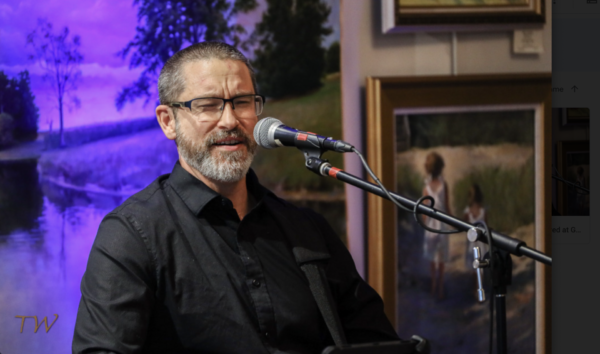 Mayes doesn’t remember the exact year he started playing guitar, but speculates about 1985: “It really started with my parents thinking it would be a good outlet for me. While I love watching sports, I wasn’t really athletic, and I always did like music, so it made sense.”

As far as musical influences go, he cites a wide spectrum. “I grew up in the ’80s as a metal fan, including classic metal like Black Sabbath, Deep Purple, Led Zeppelin. As I’ve grown I have always been drawn to both the traditional ‘guitar hero’ type guys such Joe Satriani, Stevie Ray Vaughn, and Jimmy Page. And ‘singer songwriter’ types like Jason Isbell, Van Morrison, and Neil Young.”

Add to that the rhythm and feel of funk bands such as Soulive; Earth, Wind and Fire; and Kool & the Gang. “Throw that all in a blender with a bit of other stuff and there you go,” Mayes said.

In terms of style he explained that he has always tried to play lead guitar “with more melody than speed, trying to emulate how a vocalist sings a song.”

He summarized his wide range in musical tastes by saying, “Fundamentally I have always felt you can and should learn from any style of music, no matter what it is, so I try to keep an open mind to pretty much anything.”

While guitar is his main instrument, Mayes said he can play bass and “sort of” play keyboards on his recordings.

Growing up in Clayton, Mayes had a foundation of guitar lessons at an early age but grew from there by playing with other people.:“I wouldn’t be the player I am now, whatever that may be, without all the people I’ve played with or interacted with musically.”

But as far back as he can remember, after he got some competency on the guitar, he was creating his own music: “As you can imagine, the early stuff was really bad. I was never huge on learning other folks’ licks. I probably should have been, but I always was more into creating stuff. That being said, it would have done me some good to try and learn more from playing along with records. When I was growing up there was no Internet, so you had to learn by playing along, or using some kind of notated guitar tablature. Nowadays there are a ton of resources out on the Internet.”

Known for his original music, Mayes described his creative process: “I’ve never been one of those folks who can hear a melody or piece of music in their head and have it composed almost without touching an instrument. Usually I have to have a guitar in my hand. Then it is just a matter of what comes out.”

And he rarely writes a song in one sitting. “It usually starts off as some kind of idea, and I try to get it down on demo (even if the recording isn’t good).  Then after I have it demoed I may burn it to mp3 in its rough form and go driving, or go walking or running to listen to it. Sometimes I will then put it on the shelf and not touch it for a few weeks, then pull it back up and work it out a bit.”

Then after it “sits” he can approach it with a fresh perspective and flesh it out a little more. “Sometimes the song kind of comes out pretty final, but that is pretty rare to be honest,” he said.

Mayes said he has always been fascinated with the art of recording and making music: “As soon as I started working full time after college, I bought a four track recorder and was creating music on cassette tapes. This was a long time ago, before digital recording really moved into something that the average Joe could afford. Now the four track is replaced by a computer, and software like Pro Tools. I still have the four track though.” 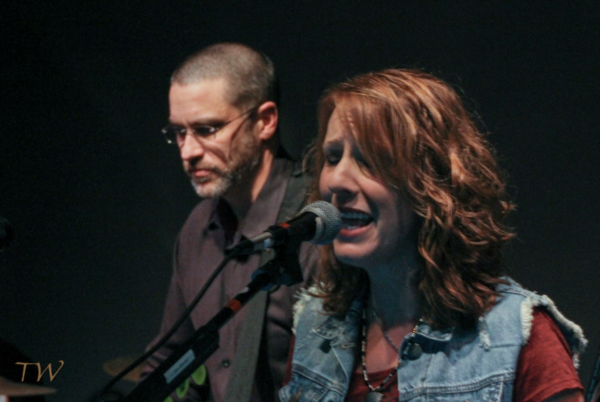 Performing with Pamela Cox, the duo mostly does covers: “When I write songs, typically I mentally throw them in one of two buckets:  vocal, or instrumental songs.  I tend to write more instrumentals than vocal songs however. Pamela is a better lyric writer than I, and a far better singer, so we will work together to try and figure it out.  I also have written some songs with my other band, ‘Brother Lucky’.”

Mayes is currently working on new material, including a primarily acoustic CD called “Sketchpad.” It began as a recording of original songs for his immediate family as a Christmas gift a few years ago. Since then he wrote some additional material that fit the same genre, so he decided to release it as a CD this year. The title was inspired, in part, by a sketch of his guitar given to him for Christmas this year by his niece, Morgan.

He’s also working on another traditional rock instrumental album in the vein of his recent albums, Blue Eyed Sigh and Songs for the Ride Home.

Mayes often plays for events at the Turnage Theater in Washington and has one scheduled for July 1st. Periodically he will play in the Harbor District Market on Saturday mornings. Fans can find his music on streaming platforms like Apple Music, and iTunes and also www.reverbnation.com/jbmayes/songs.

What keeps him at it? Mayes answered simply, “It’s what I do. It keeps me sane in this crazy world.” 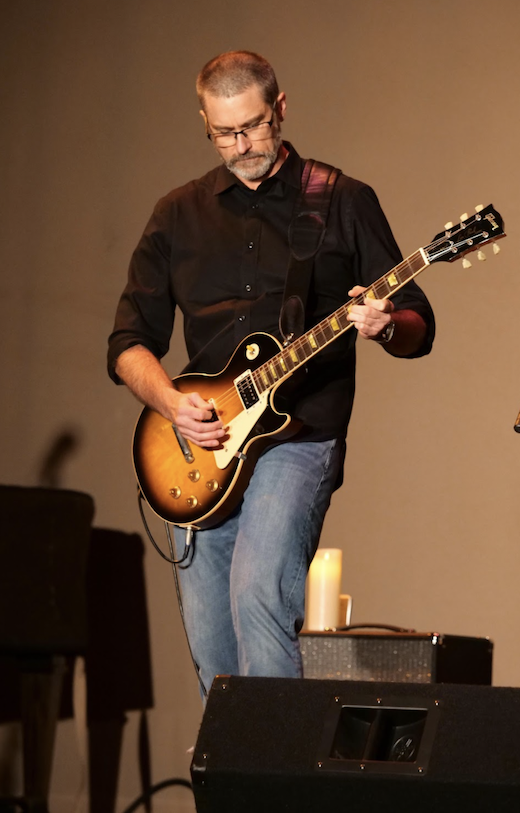