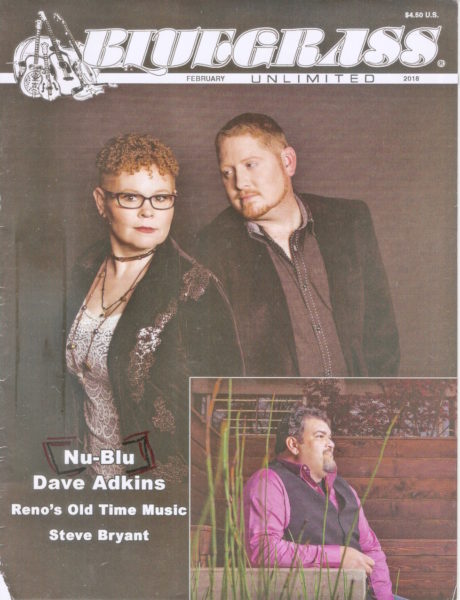 Nu-Blu was formed in 2003 by Daniel and Carolyn Routh, who had been performing in a Christian band together. They were married in 2006. She told Michael Brantley in a Bluegrass Unlimited profile that she had two strokes soon after Nu-Blu began, both on Thanksgiving Day 2003 “at about the same time,” and that they “affected two spots on my brain.” At first, she said, “I couldn’t form words at all and then was in a medically-induced coma for three or four days. When I came out, I could talk.”
Carolyn Routh grew up in Siler City, where she began singing in her “country Baptist church” and also took piano lessons and learned to read music.
Daniel Routh told Brantley that he heard his first bluegrass on a Sunday morning en route to church: “My dad was flipping through the dial on the radio and I  heard something and said, “‘Who, flip back. What was that?’ And he said, ‘That’s bluegrass.’ It was Flatt & Scruggs doing ‘Foggy Mountain Breakdown.’ I was hooked.” He started on guitar before moving on to banjo.
Their most recent gigs at Fountain have included Bear Grass native Justin Harrison on mandolin.
In early 2021 they will release their 8th CD, Horse Thieves and Moonshiners. They also have released a DVD.
Nu-Blu continues to host the Bluegrass Ridge television show.