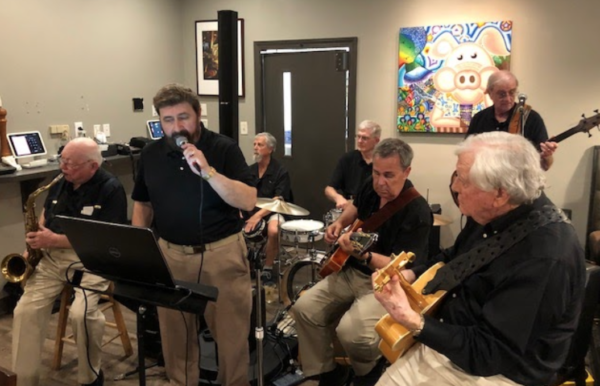 The event announcement came as a surprise. Steve Creech’s band was both the jazzy spicy marinara and the bluesy creamy Alfredo to CPW’s pasta. And there was the vaguely irrational expectation they would always be there. So on Thursday, July 29, two nights before the restaurant closed its doors forever (as we know it now), I was determined to be there. And so was everyone else.

“It will be a 45 minute wait,” we were told at the entrance. It was just 6:15 p.m., but the restaurant was teeming with customers and the wait staff were bustling to meet the demand. “What about that booth over there?” we asked, pointing to one in the corner beside where the band’s instruments were set up. 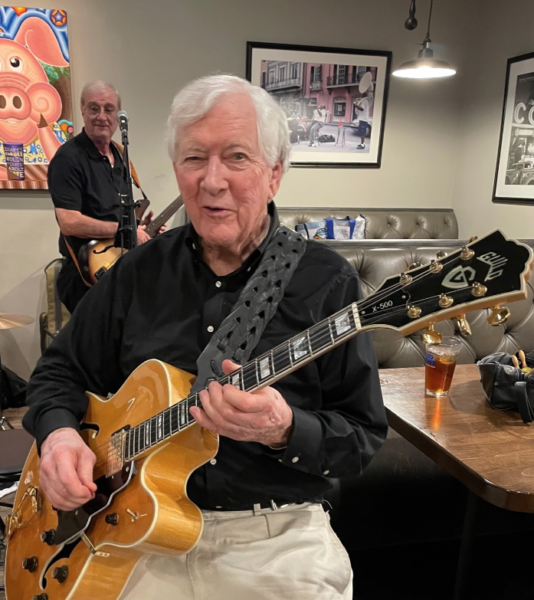 The employee was accommodating, as was Steve Creech, and soon we were wedged in. We were so close to the band that we could see every subtle hand gesture Creech made to signal timing and musical nuances. We even got to hold a guitar when a band member visited the restroom.

“I could feel the strings vibrating,” my husband told the musician when he returned. “It’s like it wanted to keep on playing.”

Creech plopped a bag of maracas on our table with the direction that we should put them to good use during the “Latin numbers.”

“Latin numbers?” I thought. “Does he know who he’s dealing with here?” I felt like a red-headed Lucille Ball trying to play “Babalu” with Ricky Ricardo. My husband and I looked at Creech’s side-ways glances at us nervously. Was he telling us “give me more” or was he saying “hey..you can stop that now…you’re really off beat.”

“Order the Alfredo,” my daughter had suggested definitively from five hours away. She hadn’t lived in Greenville for years, but apparently CPW’s Alfredo was memorable.

The band was uniformly dressed, all in black shirts and light khakis. Creech plays with various configurations, but for the finale he pulled out all the stops and had a full ensemble. Bob Tyson provided smooth saxophone, along with some vocals. Willie Nelms was on bass, not his upright due to space constraints, and also sang a couple of numbers. J.D. Joyner with his signature finger-picking style and Creech were the guitar anchors, and the group was rounded out by Macon Dail on drums, Buck Brossman on bongo drums and various percussion, and Emery Davis with his distinctive crooning vocals.

“Old Jazz standards and blues” were the specialties on the menu. The opening number was Duke Ellington’s “Satin Doll” followed by “Girl From Ipanema.” The veteran musicians took turns playing breaks, like athletes executing a three-man weave in a Carolina basketball game. You could tell they were really serious when they stood up to play.

The band featured another Duke Ellington number, “I Don’t Get Around Much Anymore,” competing with cheers and whoops in a parallel universe emanating from the bar segregated by a divider.

Emery Davis delivered his vocals with the ease of a singer alone in the shower, enjoying the experience with sudsy abandon, offering up “Our Love is Here to Stay,” and then by request, Louis Armstrong’s “What a Wonderful World.”

Gradually the dining room din began to settle a little, as patrons eased in and out. The band showed diversity in style with Stevie Wonder’s “Isn’t She Lovely,” Ella Fitzgerald’s “Moonlight in Vermont” and “Sweet Georgia Brown.” 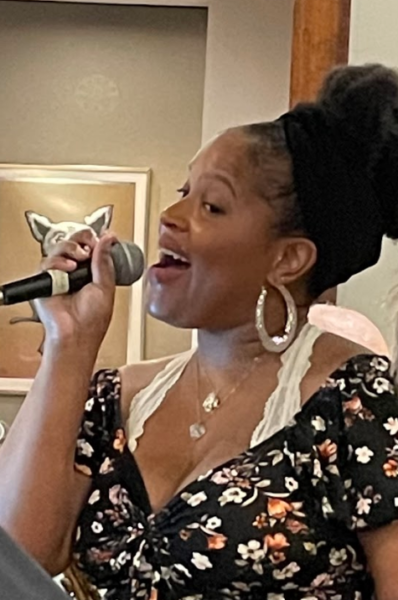 Bassist Willie Nelms took to the microphone with Eric Clapton’s “You Look Wonderful Tonight” and a couple of others before handing off to Bob Tyson.

“They don’t let sax players sing because they can’t remember the words,” Tyson quipped as he introduced “It Don’t Mean a Thing if It Ain’t Got that Swing,” a song where a lot of words are “doo-ah doo-ah.”

As the night waned, neither the band nor the faithful fans were ready for the music to end. Creech reached for the microphone and said, “We’re going to sign off after 12 to 15 years. It’s been a real great ride. I appreciate Ralph [Ralph Walton, co-proprietor], what he’s doing, not just for the restaurant, but the community.”

And winning the award for most appropriate closing number, the band began playing Sinatra’s, “I’ll be seeing you.”

I’ll be seeing you
In all the old familiar places.

I couldn’t help staring to see if any of the band members were getting as emotional about the end of an era as I was feeling. But after the last note was played, with a lilt in his voice Creech turned to the band and said, “Guys, we’ll be playing Smoke on the Water in Washington on October 16th. Mark your calendars.”

One of the band members seemed surprised and said, “Really? I thought it was over.”

And while an era is ending, the band plays on. 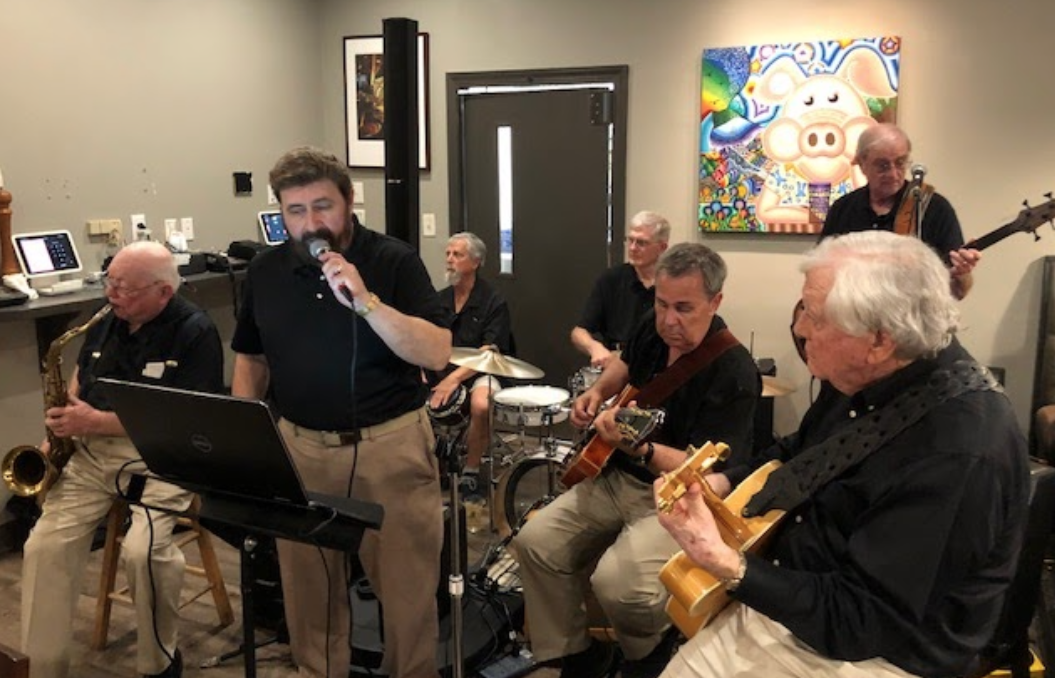