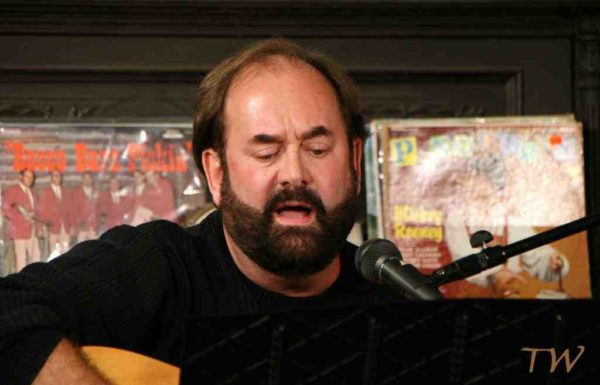 Jim also performed some of the tunes he set to Byron Herbert Reece poems at our Dead Poets Society celebration in 2012. Photo by Tom Whelan

The multi-talented Wilson Jim Clark, professor emiritus at Barton College, has appeared at RAF with his band, the Near Myths, as a solo singer-songwriter, and as a poet.
He’s one of three Jim Clarks prominent in North Carolina arts: Greensboro Jim Clark, who directed UNCG’s MFA program for many years, and Raleigh Jim Clark, who received the 2020 John Tyler Caldwell Award for the Humanities.
Among his many publications is Fable in the Blood: The Selected Poems of Byron Herbert Reece, published by the University of Georgia Press in 2002.