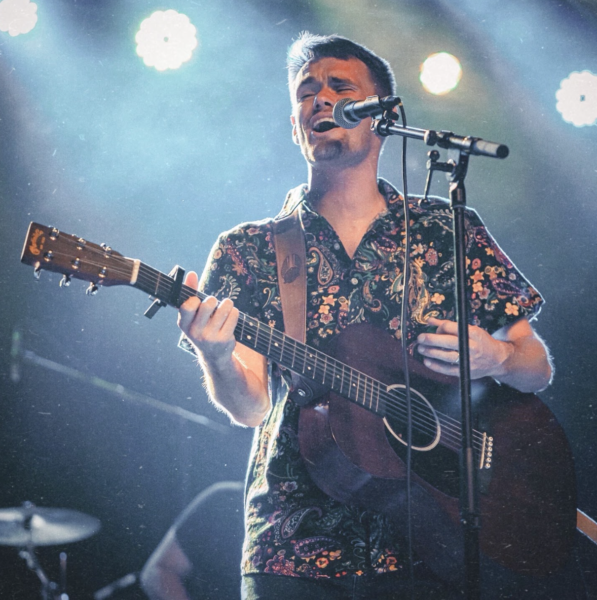 “Giving it Up” for new music

Greenville native ‘Holden’ his own as a musician: Holden Dixon releases new music: “Giving it Up”

It’s Holden Dixon’s tagline on his website. The musician regularly drives by the hospital he was born in, having roots that run deep in the Greenville community, like the crops of his forebears. He figures his family has made their home here for more than 100 years.

“My parents were part of a southern gospel group in the area called In One Accord,” Holden explains. “As kids, my brother and I would travel around with them, ride the bus to shows, sometimes in other states, helping load in. My dad ran sound and my mom was a vocalist. I always knew even then I would love to be on stage and doing something musical more than anything; I just didn’t tell anyone till years later.”

By the time he was 14, he had begun to write and record original songs. “My family would catch me singing at the top of my lungs outside on our farm in the middle of nowhere,” he recalls, “and initially thought it was just a phase or hobby for me at the time. I think the positive response I received from family and friends once they realized I was taking it seriously was a huge encouragement for me to do this full time one day.”

Dixon went to a variety of schools in Pitt and Beaufort counties, wherever his mother, a teacher, worked. He took guitar lessons for “a couple of weeks,” he remembers. “I could never read notes well, so I took up piano and every other instrument completely by ear. I went to college and received my Bachelors in Music Business with a focus on audio production, working in the industry as an audio professional since.”

His style of music gets harder to describe all the time, he says: “I’ve always told people that I love mixing the types of music I grew up around such as Americana, country, and Southern rock, with other genres I’ve grown to love over the years. This includes alt-rock and blues to synth-pop and folk music. Simply put: ‘alternative/indie rock with nods to Americana and folk’.” 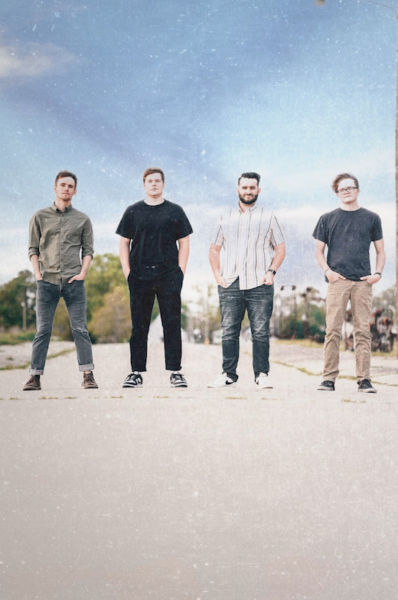 Dixon’s instrument of choice, next to his voice, is acoustic guitar: “There’s something about ‘fighting’ the strings and the percussiveness that I absolutely love. Next would be electric guitar and keys. I’m inspired by all different instruments and sounds in different ways.”

In addition to performing solo, Dixon has a supporting band based in Greenville, the Holden Dixon Band, that plays his original material. It includes all eastern NC musicians: Avery Bowen, electric guitar; Ryan Joyner, drums; Ryan Alligood, bass; and Dixon on vocals and guitar. He is also lead singer of the alternative rock band Straightlines out of Asheville.

He moved to Asheville in 2015 to pursue his music career and made the move back to eastern NC in December, 2019.

Dixon classifies himself as a full-time musician, but explains it’s not always in the sense that he thinks most people see as full-time.:“I think a lot of people seem to think a professional musician is someone who is ‘famous’ and on stage every single night, but that is not always the case. I have done sound design, such as film-scoring, sound effects, and background music for companies, film studios, and even other musicians needing music recording, production and mixing. This is what I do every day along with performing and releasing music of my own or doing shows with the band year-round.”

His latest song release, just this month, is called “Giving it Up.” Dixon explains the inspiration behind it: “It’s a song reminiscing about how I used to ride out to the middle of nowhere when I was stressed and needed space to think as a teenager or college student. A lot of times when I was in a dry music writing season. During the lockdown in 2020 I had a lot of time for this, and began to rethink my whole songwriting process. I was so caught up in worrying about what box I would fit in that I held myself back.”

So much so that he went almost 3.5 years without releasing a song. Then he began to focus on recording and producing music that  would make a listener feel an emotion rather than making it fit a genre and that allowed him to “Give Up” the stress and make a free creative space for himself. “It’s a victory song in a sense.” 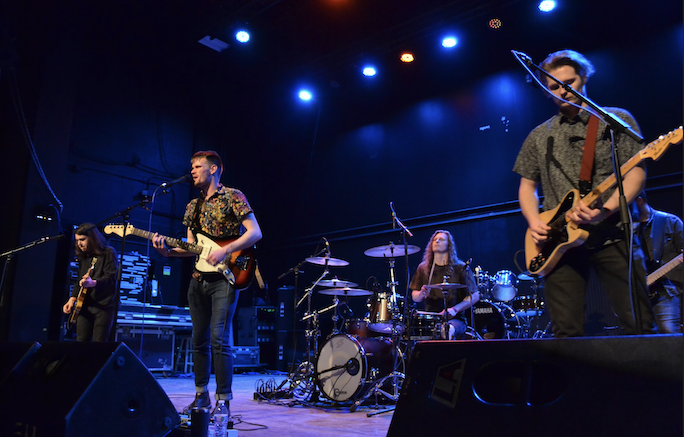 Straightlines performing at the State Theater in Greenville

Reflecting on the Greenville music scene, Dixon is aware of its rich history: “I know from many stories and photos that our hometown has been like a rollercoaster when it goes to live music, even going back 50+ years. Local music venues come and go, different music styles come and go all the time here as well. But even after taking a blow in the COVID-19 lockdown, I was super impressed with how this town is being slowly transformed into a very inclusive place for all music. Every single week there is a venue here in town that caters to almost any genre of music. I am also pleased to see new venue owners opening up their stages as a place to specifically focus on music. This is the attitude that makes me excited to be a part of the Greenville music scene and which makes it an absolute privilege to be a full time musician right in my hometown! I would love to see the ‘big’ venues promote shows more in town. I feel we could use a lot more of that to build Greenville up as a place to come play. Create more public awareness that bands are coming into town.”

And to that end, Dixon has plans afoot: “I have an idea to film acoustic sets around town all the while promoting new and old businesses, places and culture in our town. This would give local music and places attention they might not have otherwise. I have already contacted several businesses who have interest or have agreed to participate. A lot is still being worked out but there is some super fun stuff coming in the future for sure! I’ve always wanted to do things to help my local area, all the while integrating music and art.” 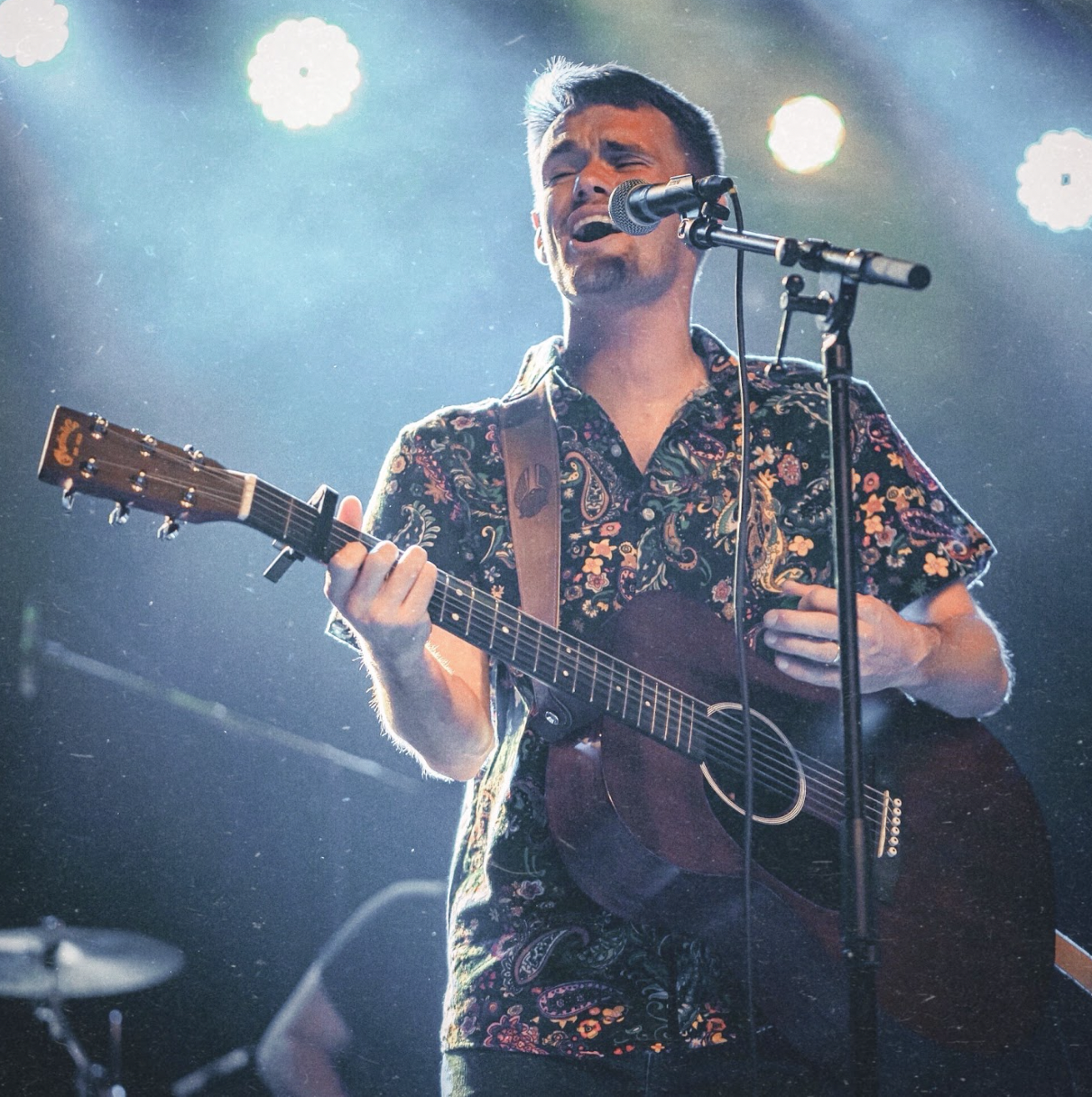