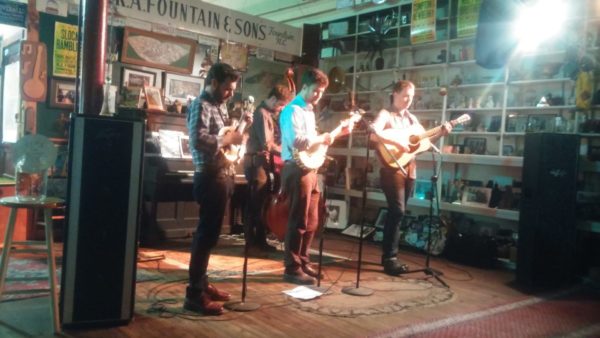 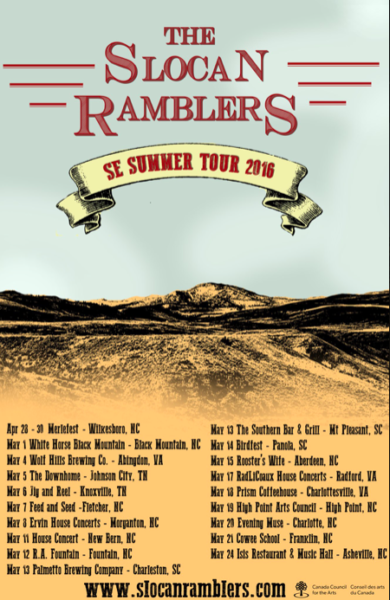 Canadian bluegrass band the Slocan Ramblers played R.A. Fountain May 12, 2016. The band, formed in 2011, is made up of Frank Evans (banjo), Adrian Gross (mandolin), Darryl Poulsen (guitar), and Alastair Whitehead (bass). Their exemplary musicianship has been witnessed across the United States, from the storied MerleFest in Wilkesboro, North Carolina, where they performed only a few weeks before their appearance here at RAF, to Colorado’s RockyGrass festival. The group even opened for Jerry Douglas, one of bluegrass’ best dobro players of all time, at the Saskatchewan Jazz Festival.

Slocan Ramblers shows have a reputation for being upbeat, lively, and the make-you-want-to-get-up-on-your-feet-and-dance kind of concerts. The Bluegrass Situation said of them, “This fearless, fleet-fingered string band is adventurously advancing the high lonesome sound of bluegrass to great acclaim.”  Another rave review, this time by Bluegrass Unlimited, praises, “If you’ve grown tired of the same old sounds, here’s a band who reinvents a genre.” For an example of why this band’s musicianship is so highly applauded, watch them play their track “New Morning” from Queen City Jubilee here.

The Slocan Ramblers have won a number of awards, including “Emerging Artist” at the 2015 Edmonton Folk Fest, “Traditional Album of the Year” at the 2020 Canadian Folk Music Awards, and the 2019 and 2020 IBMA Momentum “Band of the Year” award.

Their discography consists of three CDs: Shaking Down the Acorns (2013), Coffee Creek (2015), and Queen City Jubilee (2018). All three releases can be purchased here.

To witness the lively spirit and musical talent of this band, albeit through a screen, visit their YouTube channel. 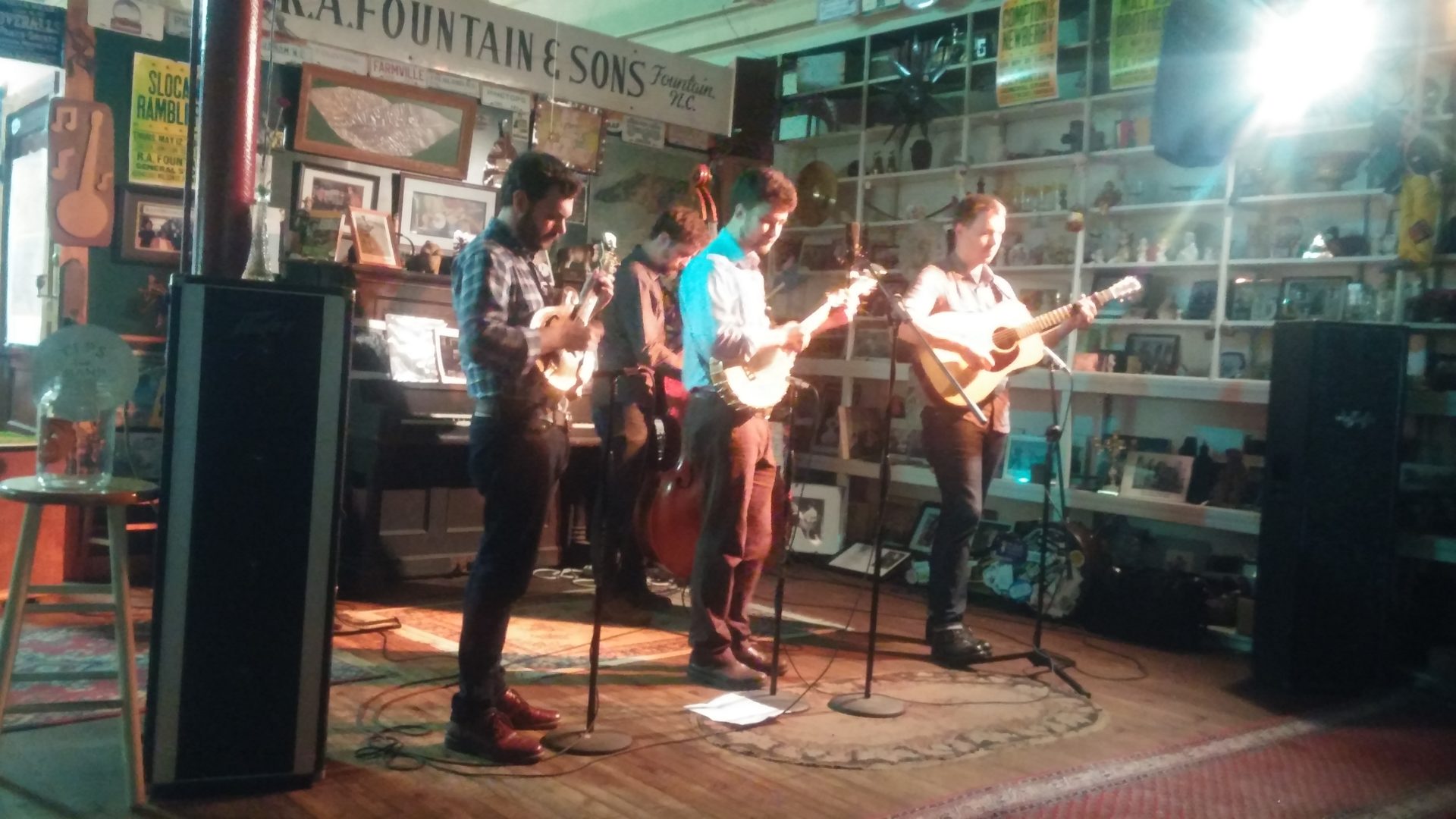 Too bad we didn’t have Tom Whelan in the house to take pictures this fine evening!