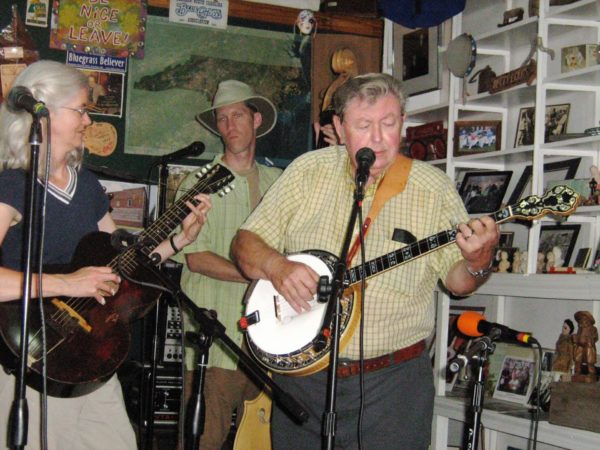 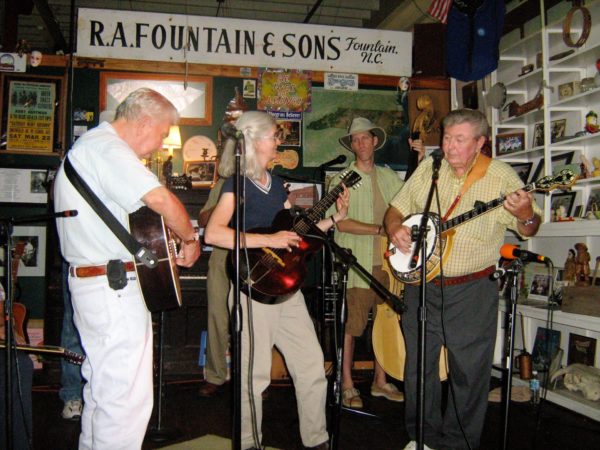 The Floyd Country Store (which is what RAF wants to be when we grow up) webpage describes Gail Gillespie and her role as one of the Herald Angels, along with her friends Alice Gerrard, and Kay Justice (who has not played RAF):

Gail Gillespie is a consummate old-time musician and one of the world’s leading experts of old-time fingerpicking banjo. She plays several regional styles, including North Carolina’s old-time two and three finger up-picking banjo traditions. She has been instrumental in teaching many pickers to play banjo styles used in the mountains and piedmont areas of Virginia and North Carolina. Along The Crooked Road and outside the region, Gillespie is a much sought after teacher for solo and “seconding” styles, allowing players to perform with a band as well as with other banjo players.

Gail Gillespie began her love affair with old-time and early bluegrass music as a teenager in the Florida Panhandle. Before she and her husband moved to North Carolina in 1986, they were part of the fabled Bucksnort Barndance Band of Gainesville. They played for square dances and performances of the Cross Creek Cloggers, and they were staples at the Florida Folk Festival throughout the late 1970s and early 1980s.They were frequent contestants (and winners) at FOTMC.

Since 1986, Gillespie has enjoyed the chance to play with Alice Gerrard and Kay Justice. They have made music as The Herald Angels for over 20 years. An avid supporter of and advocate for regional old-time musical styles, Gail Gillespie has documented elder fiddle and banjo players; judged fiddle, banjo and string band contests; taught instrumental workshops; and served on the boards of the Piedmont Council for Traditional Music and the Old-Time Music Group, Inc. In 1987 she began writing for and volunteering for the Old-Time Herald and acted as its editor from 2003-2008. Gillespie continues to act as advisory editor for the Old-Time Herald. Nowadays when Gail isn’t teaching or doing workshops, she can be found playing in string bands, at fiddlers conventions, and for square dances, family & community occasions.

Gail Gillespie’s recordings include The Road to Agate Hill: Music From Southwest Virginia and Beyond, which was recorded with Gail Gillespie and Sharon Sandomirsky and released in 2007 on the 5-Strings Production label. Travelling Shoes was released in 2001 on the Buck Snort Records label and showcased Gail Gillespie playing with several different groups. The end result was “some powerful and spirited old time singing and playing.” 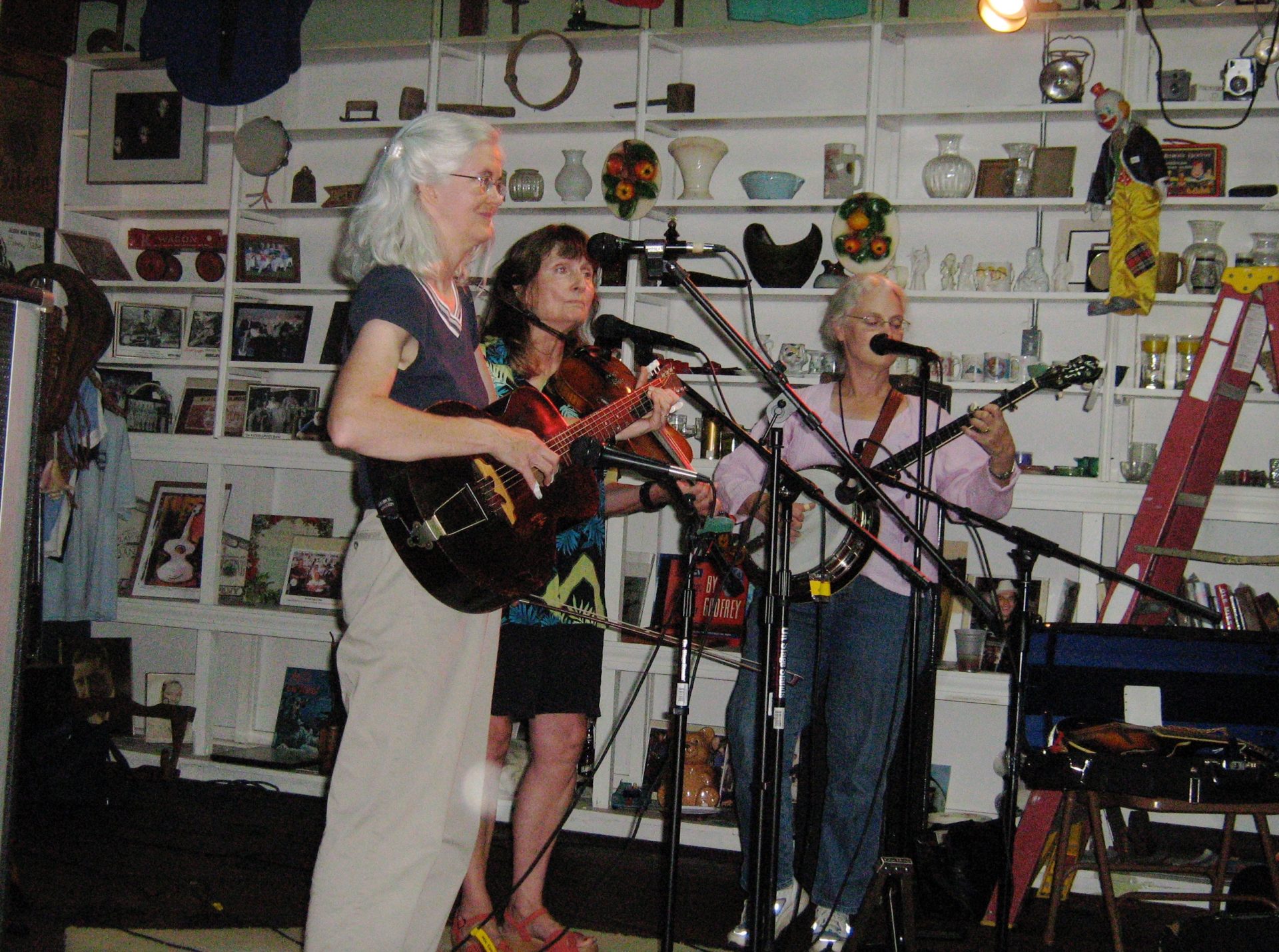