The regional legend Al Batten, “the Godfather of North Carolina Bluegrass,” was a popular entertainer wherever he played. He loved great bluegrass, funny jokes, and good friends. 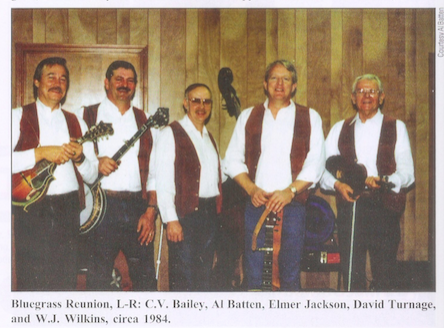 He brought his band, Bluegrass Reunion, to Fountain first for a benefit for his long-time picking pal Kenneth Glover and again for a regular (though for us, a spectacular) date.

Batten got his nickname from Tim Woodall in the early 1980s, and “I guess it just stuck,” he told Michael Brantley in 2009. He played with Roby Huffman and the Bluegrass Cut-Ups before forming Bluegrass Reunion in February 1972, and they remained a popular attraction wherever they went for over 40 years. During most of that time, he was also a full time vocational ag teacher. 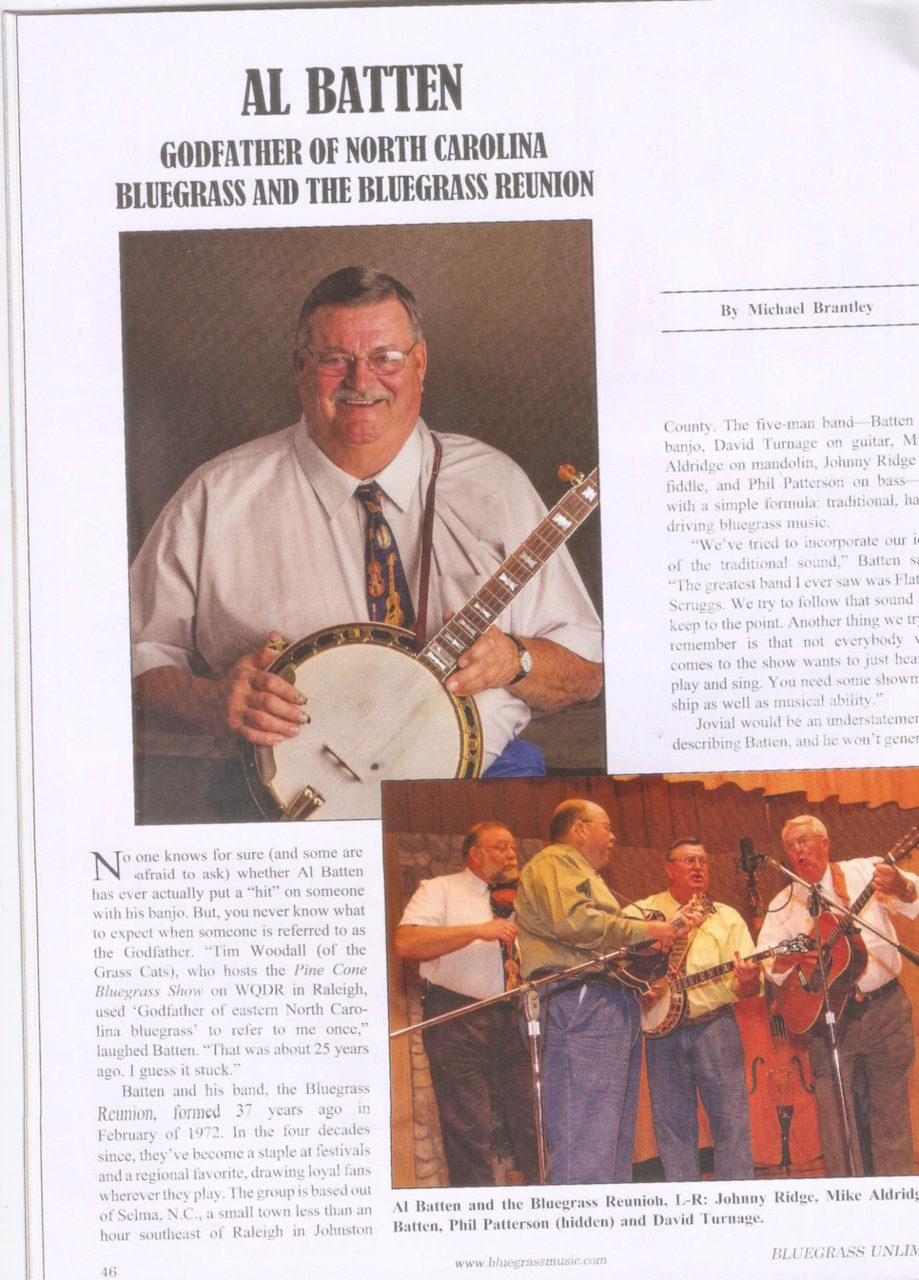 He took up guitar in high school, learning chords from others at his church. While a student at NC State, he “got bit by the banjo bug,” he recalled, and began listening to a lot of Earl Scruggs, Don Reno, Bill Emerson and Billy Edwards. He credits three locals for shaping his style the most: Tim Myatt, Jesse Harmon, and Al Wood.

[Selma] Alton Tharse Batten, age 68, of Selma died November, 20th, 2016. He was a graduate of North Johnston High School and North Carolina State University. Al was a lifelong member of Bethany Missionary Baptist Church where he served as a deacon. He was a retired farmer and a beloved vocational agriculture teacher and FFA advisor at North Johnston High School for over 35 years. The Batten Family received the NC Outstanding Young Family Award in 1980 and the Conservation Farm Family Award in 1995. He was a charter member of the Bethany Volunteer Fire Department. Al loved the outdoors and hunting and was recognized by Winchester Ammunition as the Winchester Quail Unlimited Volunteer of the Year in 2007.

Al was a founding member of the bluegrass band Al Batten and the Bluegrass Reunion. For over forty years, the band toured much of the eastern United States and visited Ireland twice to perform for the International Bluegrass and Folk Festival in Omagh. They have received awards from the Eastern NC Bluegrass Association and the Piedmont Council of Traditional Music, also known as Pinecone. Playing traditional bluegrass music, encouraging younger musicians, and forming friendships through his music were among his greatest joys.

A Celebration of Life service will be held Wednesday, November 23rd at 1PM at the Bethany Baptist Life Center in Kenly, NC. The family will receive friends at the church immediately following the service. In lieu of flowers, memorial contributions may be made to the SECU Hospice House, PO Box 1376, Smithfield, NC 27577.