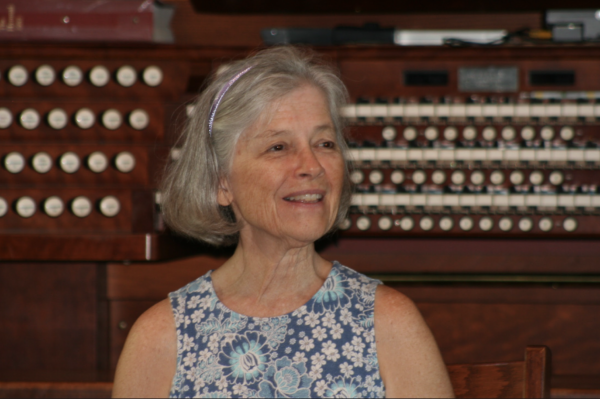 “Love what you do and the music you make”

Jon Shaw shares a legacy of music-making for all ages: “Love what you do and the music you make”

Against a backdrop of soaring ornate wood and pipes, each member of the recorder group raises an instrument to her lips. The resulting sound in the architectural acoustical wonder of the church is what group leader Jon Shaw simply describes as “otherworldly.”

“The most important thing we can ever do is tune a beautiful chord,” she says. “We’re all a part of that chord.”

Jon Shaw has devoted a lifetime to developing musical talents in the local community. In her years of teaching Suzuki violin, often her students began at age 3. These days she says she is called to give back to adults on the other end of the age spectrum. They worked and spent their lives doing for others, and finally have time to develop musical talents of their own.

From Plymouth, Shaw describes herself as “a small town North Carolina girl for sure.” She began her music education at an early age: “My grandmother’s sister was a piano teacher and she agreed to teach my sister, who was just a year older. I begged to get to take as well. So I got to start taking piano lessons when I was 7, which in those days was quite young. I remember the day the piano was delivered as if it were yesterday and the little song my mother taught to me on the piano. It was the framework of what all of music is.”

She speaks of her musical beginnings with an excitement in her voice that is contagious. The second of six children, Shaw describes her parents as very motivated to see that they did their practicing: “I had a great beginning in that respect. I am entirely grateful for that. It set me up for the importance of practicing with our children.”

Being introduced to the Suzuki world

In her senior year of high school, Shaw began playing in the ECU orchestra. “JoAnne Bath and Charles had just come as part of a huge wave of brand new, young, energetic faculty at ECU,” she recalls. “JoAnne would come and bring her children with her. They would sit quietly on the floor in the rehearsal room and do their homework or read. And I just thought to myself, ‘That is just amazing. When I grow up I want a family just like that.’”

She earned a music degree from Duke University, where she met her husband, Dr. Robert Shaw, local pulmonologist (retired). While in college she was introduced to the Suzuki methods, read the book Nurtured by Love, by Shin’ichi Suzuki, and had the opportunity to work with Dorothy Kitchen in Duke’s newly formed Suzuki Strings School.

After earning a master’s degree from ECU, the Shaws moved to Ohio for about 5 years while her husband completed his residency and fellowship there. In Columbus, Ohio she continued to be exposed to “a flourishing Suzuki world.”

But when they had the opportunity to come back to Greenville, the Shaws didn’t hesitate: “We made Greenville our home because it was the absolute perfect environment for our children, both educationally, sports wise, parents, grandparents and family nearby. But for me, the Suzuki environment was just ideal. So I ended up doing a little teaching with JoAnne and just loved it and just felt like this was really what I needed to be doing. Under her wonderful guidance, I learned everything I know, or much of it anyway, from her, and built upon that for myself. Lucky, lucky me.”

Shaw says she spent years teaching children and getting to know the families: “I felt like I was a part of these children’s families. I saw so many parents who basically had their child take violin because they themselves wanted to play an instrument and never had a chance.” 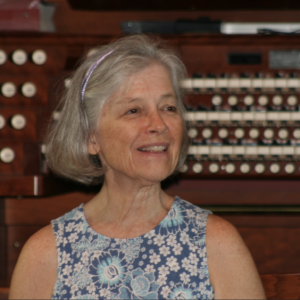 The Shaws had four children and, of course, introduced them to music at a young age, starting with the two boys. Their daughter Caroline went on to win a Pulitzer Prize in 2013 and Grammy Awards in 2012 and 2022 for music compositions. “She did have the advantage of having two brothers who were playing all the songs that she would someday learn,” Shaw says. “So she was hearing it all and wanted to do everything her brothers did. By that time I had some teaching under my belt, so I knew what I needed to instill in her from the start. Not necessarily from the instrument standpoint, but aurally. What music needed to be in her brain to properly grow and become. Her sense of pitch was there from the beginning. I spent more time with her just playing the songs that were arpeggiated. What that did was set a framework in her mind–the scaffolding she needed for later on–which was probably one of the more valuable things I did for her. She still to this day uses a lot of arpeggios in her compositions.”

Jon said that she still enjoys performing with her daughter Nancy.

“I had the good fortune of having a husband who was entirely supportive of what I was doing with the children,” Shaw says. “I couldn’t be more grateful.”

The Sound of Recorder Music

The recorder group that Shaw leads is an outreach of St. Paul’s Episcopal Church as part of the Musical Arts Foundation, sometimes just called “the Fisk Academy,” named for the C.B. Fisk Opus 126 pipe organ that is the church’s centerpiece. Shaw was involved from the beginning with the foundation, when the organ was originally built. While a number of the group’s participants attend church there, it is open to community participation.

“I wanted to play the recorder from the time I was younger,” she explains. “I wanted to make more of that instrument. I didn’t grow up learning it.” When she stopped teaching violin, she finally had time. “It is such a perfect instrument for older adults to learn late in life because it’s not that hard. And immediately, with just a minimal amount of technique on the instrument, you’ve got a lot of music that you can play. And there are lots of group arrangements so you’ve got a social group from the start.”

Over the 10 years or so the recorder group has been formed, 30 or 40 people in Greenville have played in it. “I remember thinking if I want to play in a recorder group, I’m going to have to grow some recorder players” she says. “Which means I’ve got to get some other folks learning the instrument. Catherine Walker was one of the first people I got together with on a regular basis just to get going on this.”

The group meets at St. Paul’s Episcopal Church, 401 E. 4th Street, Greenville, on Tuesdays from 9:30 a.m. until about noon. In May, a group of about 10 players performed at a Renaissance festival in Kinston. Recently they played in Plymouth, Shaw’s hometown, at the Baptist and Methodist churches. Before COVID they played at many of the nursing homes and hope to do that again.

“Even though we sound best in Renaissance music, we’ve also got a lot of other oldie-goldie kind of music we play,” Shaw says. She and current group members are quick to encourage newcomers, even with little music background.

Shaw shares a piece of advice that is relevant for children and adults alike when they become frustrated and wonder if they can continue with music. It comes from a song in The Sound of Music, in the gazebo scene.

“You just have to do a little bit to keep that fire going. Because if you stop altogether,” Shaw says, quoting the lyric, “nothing comes from nothing–nothing ever could.”

And when the recorder group hears their own instruments producing that “otherworldly” sound of a chord perfectly in tune, they surely realize they “must have done something good.”