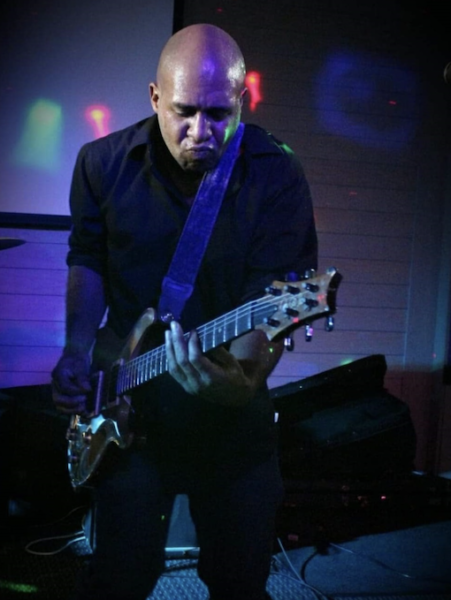 By day Adrian Watts can be found on a soccer field in Farmville, coaching middle and high-schoolers, or substitute teaching. But he’s also a weekend (and week night) warrior behind the microphone, performing and encouraging other local musicians by hosting open mics.

Born and raised in New Bern, he came to the Greenville area because of music. “Some of my friends a couple of years older than me came to college up here,” he remembers. “They loved it and would always take me to see cool bands. There was a lot of activity and music movement here so for me it was a natural transition to come here.”

At the end of high school he joined a band from this area called the Fountain of Youth: “They did some pretty cool national and regional stuff and I happened to be the guitar player until the band expanded. I gained a lot of friends in the industry from being around those guys. I met Joe Tronto who was instrumental in helping me get on and become the musician I am. And Landy Spain and all those guys. They let me come out when they jammed. When they saw me out somewhere, they’d get me up on stage. To me that was important to be able to jam with those other musicians. Especially ones that are better than you. It makes you a better player. You learn so much. And being put on the spot, you have to be able to work it.”

His memories of those days are still fresh: “I used to go watch Landy play in his band Cold Sweat and I used to be like, ‘Oh my God this is the best band I’ve ever heard, across anything.’ Even my band today is kind of modeled after that whole Cold Sweat vibe. A lot of those guys have gone on to play huge gigs.”

When thinking back to what sparked his interest in music to begin with, he responds with one word: “Elvis.”

He recalls: “Some of my first memories are of watching Elvis on the television, when I was 3 or 4. There’s not a lot of musicians in my family, but whenever they got together, they listened to music…all kinds of music, from Motown sounds to funky disco era type stuff all the way to Kenny Rogers and Willie Nelson. My dad played trumpet, managed bands, and  he used to love jazz and blues. When I came into my own and I discovered Led Zeppelin, Hall and Oates….what I picked up on was the rock and roll, but it left the influence of everything else and it became a big melting pot for what I do now.”

But we have to know. Did he gravitate to the young Elvis or Elvis in the latter years?

“I’m kind of partial to the burns,” Watts says. “He was a little fatter but he was still groovin’.”

While Watts names the guitar as his primary instrument, he also plays drums, bass, saxophone, keyboard, and can “pretty much pick up anything and play it.”

He says he enjoys singing harmony more than lead: “I’ve always enjoyed the side man gig…I like the supporting act.”

Locally many recognize Watts from his band TrainWreck: “Trainwreck was formed in 2005, starting out as a 3 piece on-call act that was never made to be a structured band. Next thing we know we’re getting more and more calls. Then one day some other friends of ours from an open mic came out with their horns. And then they just never left. And it just kind of added on and built from there. At our biggest we can sometimes have 8 or 9 members.” 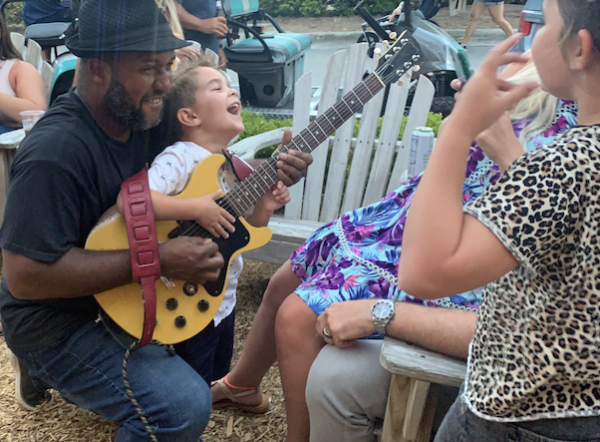 TrainWreck, described as “the ultimate high energy party band,” never plays off a set list. “Where the spirit of the funk moves us, that’s where we go. We try to keep it moving fast,” Watts says, smiling. “Nobody came to hear us talk for 3 minutes in between songs. It’s not a storytelling session.”

Watts also plays in a duo called Adrian & Co with Alex Nieves, the sound and production technician from TrainWreck.

He began open mic hosting so musicians could have an outlet: “Nobody is going to judge you if you want to play a song that you want to try out. It gives you a platform. Not everybody is ready to go out and be a star. They need somewhere they can hone their craft and build up to that. A lot of musicians are very introverted. You would be surprised how many professional musicians have super high anxiety.”

Watts describes open mics as an important part of his musical foundation: “Open mics were a big part of what I did, especially when we had a blues jam open mic down here at a place called the Corner for many years. A lot of musicians who came out of that era of open mics are still playing professionally. Guys all the way from the Embers to guys that are on CMT now. It was a very very important place for us to hone our chops. We’re not LA and New York., We don’t have these big clubs where people can get together and jam. That’s why we’re trying to support that around. And everybody doing stuff on various nights is helping do that.”

Watts says his perspective is “if I can make these people be happy, shove all their troubles away for the next hour and a half, and them not have to worry about anything else that’s going on in the world or at home, that’s what I’m there for. I serve the audience. The audience doesn’t serve me.”

Watts is the entertainment director at Sawyer’s Fun Park in Winterville, as well as Karaoke host on Wednesdays and Open Mic on Thursdays. Live entertainment begins on Sawyer’s courtyard patio Sunday April 3rd with Adrian & Co and will run Fridays 7pm until 10pm and Sundays 5pm until 8pm. 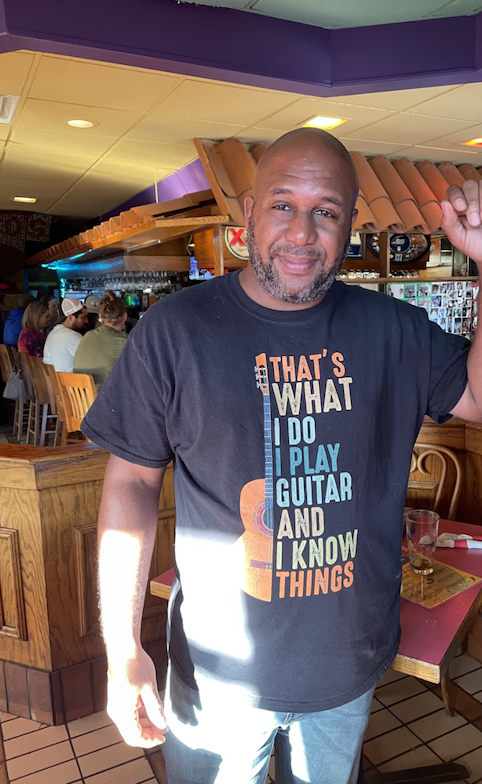