Jesse played mandolin with the ECU-based Jarvis Street Bluegrass Band in 2006. He’s done quite well for himself since graduating in 2007, currently performing and recording with Fireside Collective. 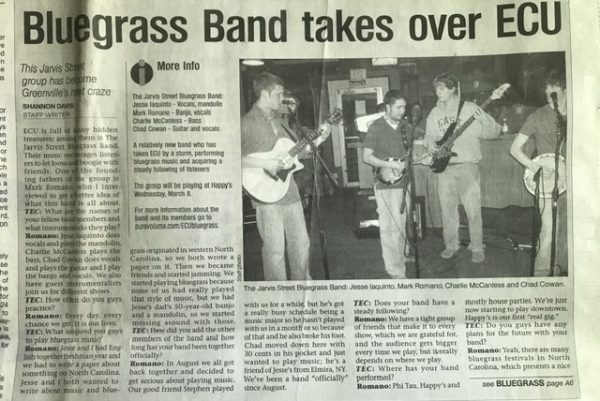 And, from “Fireside Collective returns with folk, bluegrass,” published in the Wellsboro Gazette, Feb. 24, 2018:

. . . Winners of the 2016 MerleFest Band Competition in Wilkesboro, N.C. and finalists in the 2015 Telluride Bluegrass Festival Band Competition in Colorado, Fireside formed in Asheville [and] released their debut album, Shadows and Dreams, in 2014.
Iaquinto has ties to Tioga County. Shortly after he was born, his family moved from Gaines to Wellsboro where he lived until he was nine years old. As a freshman, Iaquinto studied musical theater at SUNY Freedonia.
It was his interest in bluegrass and acoustic music that led him to transfer to East Carolina University in Greenville, N.C. He put his first band together there.
When it disbanded, Iaquinto formed Beside the Fire, a jam band that played original music and covers from the 1960s and 1970s during his three years at East Carolina.
After graduating from college in 2007, Iaquinto decided to move to Asheville. . . 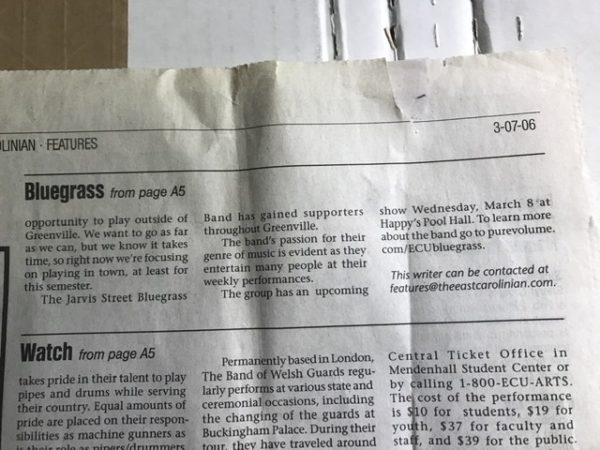