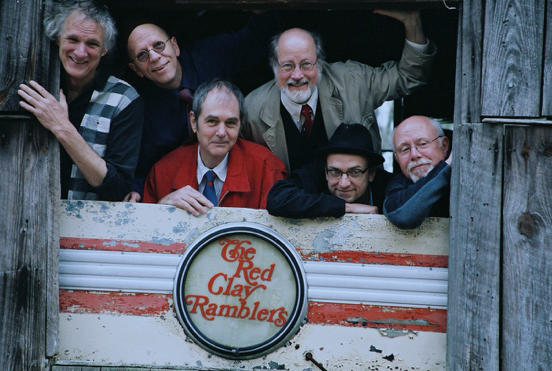 The Red Clay Ramblers, a Tony Award-winning stringband, formed in 1972. They and Dirk Lumbard are the two RAF acts that have also played Broadway.
The band describes their music as having roots in old-time mountain music, bluegrass, gospel, jazz, country rock, and the American musicals.  The Ramblers core quartet of Chris Frank (accordion, guitar, tuba, trombone, ukulele), Clay Buckner (fiddle, harmonica, mandolin), Jack Herrick (bass, bouzouki, trumpet, whistles), and Bland Simpson (piano, baritone) played R.A. Fountain on June 23, 2007.
The band was first formed as a trio made up of Tommy Thompson banjo; [Chapel Hill] Jim Watson, guitar) and Bill Hicks, fiddle.  Throughout the years, a number of members have joined and left the group. Mike Craver joined in 1973, Hicks left, and Jack Herrick followed along soon after. When Hicks left, he was replaced by Clay Buckner in 1981. Bland Simpson and Chris Frank, joined the band later.
The Ramblers have a long and storied history with musical theatre, both performing and scoring music. A few productions they have been a part of include Fool Moon (1993), Diamond Studs (1975), A Lie of the Mind (1985), Far North (1988), Silent Tongue (1994), and Paradise Falls (1998). (When Sam Sheppard’s play A Lie of the Mind left Broadway for a two-month in 1987 at Chicago’s Steppenwolf Theatre, the new production couldn’t afford the whole band so Lightnin’ Wells was hired to play the soundtrack nightly.)
Over their storied career, the Ramblers have also cultivated an extensive discography. Their most recent release is Carolina Jamboree (2014) and many of their CDs are still for sale.
Watch the Red Clay Ramblers’ highlight video here.
Their YouTube channel 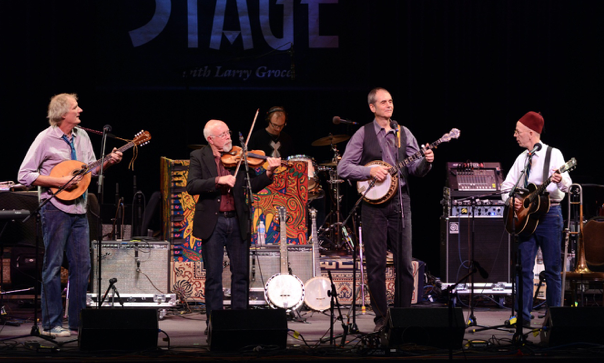