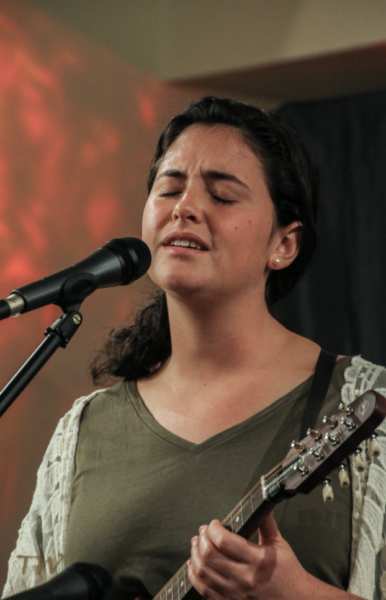 Wilson County singer & band picking it up a notch

Shannon Baker and Sometime Soon: Picking It Up a Notch

Shannon Baker and Sometime Soon is familiar to bluegrass fans in Eastern North Carolina, but the veteran pickers using that name with her now are a new band.

“What she’s got,” says Alex Albright, R.A. Fountain proprietor, “is a band of super-pickers backing up her excellent vocals. She was still in high school when she first played out here, and you could already tell she was going to go places with her music.” 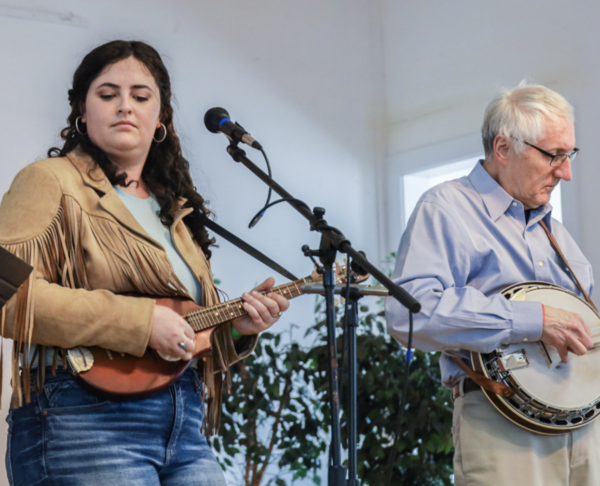 John Dudley plays banjo, guitar, and contributes vocals. He grew up in eastern Mississippi and began bluegrass banjo and guitar in his teens. He has played in several bands over the years, playing now with Damascus Ridge and the Hey Brothers.

The newest additions to the group are Chris Hill, from Kinston, and Joe Pessolano, from Willow Springs.

“Joe is a very talented and seasoned guitar player and mandolin player,” Baker says. “He fits in really well with us, he’s got great style and we’re really excited to have him join,” Baker said.

Fiddler Chris Hill is a former Grass Cat. “He has a great sense of humor,” Baker says. “Just a lot of really intentional fills he’s doing with the fiddle. He said he’s been playing the fiddle since 5 or 6 years old. He loves the music as much as we do. He was a great fit to bring on to fill out our sound a little more.”

Born in Wilson County and raised on classic country and rock and roll, Ronnie Parrish is the bass man for the group. His experience comes from a number of groups such as Whitewater Run, Emerald City Grass, and Sapony Creek.  Parrish also plays with Spring Hope Station and Still Mountain Railroad.

“I ‘chop’ the mandolin (the ‘boom-chick’ sound familiar in bluegrass),” Baker says. “I don’t play any breaks or anything like that. I am nowhere near the musician the guys are. The mandolin is just for keeping the rhythm. Guitar is my instrument of choice, but since we have a guitar player for the majority of the time, I just pick up the mandolin. It adds more of a five-piece feel.”

Describing the band’s genre as “bluegrass and classic country,” Baker adds, “We like to take new stuff too and make it our own with bluegrass instruments and break it down and do it more acoustic style if it’s a more plugged in style song.” The band occasionally throws in some gospel and blues for good measure.

Elm City native Baker began her foray into music early. “From the time I could talk, I was singing,” she says. “The first song I sang in church was ‘Jesus Take the Wheel’ and a Josh Turner song, ‘Me and God,’ and from then on I just fell in love with it.”

She remembers she was about twelve when she got into old country and bluegrass, because before that, her interest was classic rock: “It was a big change going from classic rock to just falling in love with bluegrass and country. I started hanging around the kind of places people would get together to jam and pick, and found out I enjoyed it.”

The roots of  Sometime Soon were planted when she and some musicians formed a band to go to a festival and play for a competition in Raleigh, the Got to be NC Festival.

“That got to be the start of my season as a bluegrass lead vocalist.,” she says. “It was probably around 2015.  We did that festival three times, until we finally won it. And that was probably 2017.”

Describing the band’s genre as “bluegrass and classic country,” Baker adds, “we like to take new stuff, too, and make it our own with bluegrass instruments and break it down and do it more acoustic style if it’s a more plugged in style song.” The band occasionally throws in some gospel and blues for good measure.

The band played for the first time in Nashville, Tennessee earlier this month at the famous Station Inn. “I’ve gone a couple times by myself and sung one song with a few of my friends,” Baker says, “but it was the first time any of us had played there together. That was a big deal. It was the best feeling. Chris and Joe have both played on the Grand Ole Opry stage before. I didn’t know that they hadn’t played the Station Inn before because that’s kind of like the first step before playing the Ryman or the Grand Ole Opry for bluegrass musicians. Knowing that it was their first time, too, we all got to experience it together and it was really special.”

Baker talks about the history that’s central to the live music venue that’s been in the heart of Nashville for over 40 years and hosted performers such as Bill Monroe, Alison Krauss and John Prine: “You look around and there’s posters of all of our favorite musician–all the people who have inspired us have played there. It feels like you’re walking into history when you’re just in the audience there. But when you play on the stage, it’s another level of feeling honored to be there.”

The band also experienced a venue-specific nod. “We have our own version of ‘Sitting on Top of the World’ that we took and bluegrassed up, with some blues thrown into it,” Baker says. “The bell was rung at the Station Inn for us on that one. That’s kind of a big deal. They come out from behind the counter and ring the bell if they really like it, and that’s the one they chose to ring the bell for.

“Where the Weeping Willows Grow” is another song that Baker feels represents their music style: “That’s one that I wrote. I think that’s one of the most relatable things we play, and it’s a window right into my thoughts about three-and-a-half years ago.”

Baker graduated from Barton College in May 2021 with a bachelors in mass communications and a concentration in journalism. “I got a job about a month after I graduated with First Media Radio as On Air personality for 98.5 ‘The Big Dawg’ and that’s been a lot of fun,” she says. “I’ve been able to build a following on the radio, and people who listen to the radio follow the band page. It’s been a good opportunity to get people invested in my music.”

Shannon Baker and Sometime Soon can be found on Facebook. The band will be appeared on the Amphitheater stage oat the Winterville Watermelon festival on August 27.