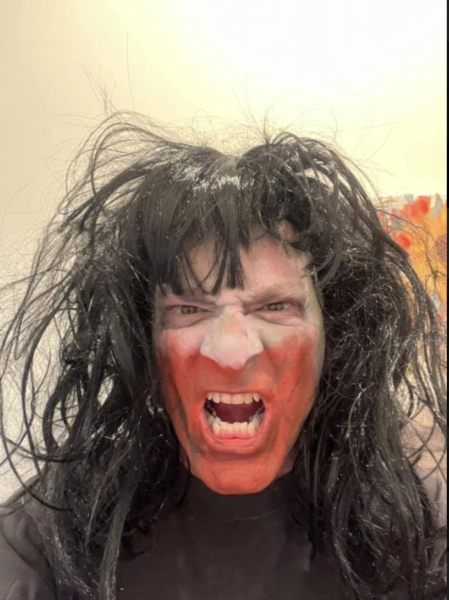 “Danse Macabre.” It’s a song about Death fiddling on Halloween as skeletons dance on graves. It was my sister’s piano recital piece in the 1970s. Perhaps more notably, it made #2 on ClassicFM’s list of “The 20 Scariest Pieces of Classical Music.” That doesn’t surprise me, but perhaps not for the reasons the list maker intended. The piece composed in 1874 by Camille Saint-Saëns is 8 minutes long. And to anyone who has held a hand-mixer over a double-boiler on the stove while making 7 Minute Frosting knows, 8 minutes can be a very. long. duration. Forty-five years later, I remember my sister’s recital piece better than my own. I blame her for my almost morbid interest in spooky music. I am sure it has nothing to do with staying up late during formative years on weekend nights to watch TV shows like Creature Feature, Night Gallery, and Twilight Zone.

Play the four bass-note walk up followed by SNAP SNAP!  Those of us who were baptized in American pop-goth culture are instantly transported to the black and white world of the Addams Family mansion.

Some of us might not be able to come up with the correct title, “Funeral March of a Marionette,” but who doesn’t instantly recognize the theme from Alfred Hitchcock Presents?

All I have to do is hum a certain tune that I now know is called “The Hearse Song” and my adult siblings dissolve into a puddle of protest. “Stop! Stop!” In case the title doesn’t instantly ring a bell, it is most known for the lyric, “the worms crawl in, the worms crawl out, down your stomach and out your mouth.” 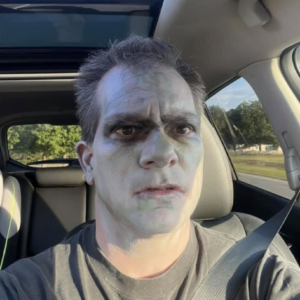 Local musician Patrick Reid said, “My perfect Halloween playlist would include Screaming Jay Hawkins’ ‘I Put a Spell on You,’ and Michael Jackson’s ‘Thriller’ as obvious choices.” He adds, “On the more subtle end, Steve Wonder’s ‘Superstition,’ or CCR’s ‘Bad Moon Rising.’”

Reid, who has been dressing in character this year for Farmville’s Ghost Walk, said that sometimes a song isn’t an obvious choice on its own, but the artist’s image makes it fit Halloween. “I just saw Alice Cooper, so his music has been playing in my head a lot. I’ve been acting as a musical ghoul on a ghost walk this year, and when I’m doing my makeup, I have an Alice Cooper playlist going to help me mentally get into character.”

John Benson said he played a Halloween show once at the Hilton with J.B. Mayes. “We dressed up for the show. J.B was a big hair rocker and I was Jerry Garcia.” These days one of seasonal songs he likes to perform is “Little Red Riding Hood” by Sam the Sham and the Pharaohs.

Harvey Estes launches into a rousing rendition of Ray Stevens’“Sittin’ up with the Dead.” It’s a song about a country wake for Uncle Fred, and what I like to call “rap music for old people.” He asks fellow musicians to clap while he belts out the spoken lyrics like a Pentecostal preacher. His voice rises towards a feverish crescendo when he gets to the part where it’s 3 in the morning “and then there come up a cloud, a-thunder lightnin’ and stormin’.” He pauses for dramatic effect before coughing up the casket cacophony, “Uncle Fred just sat right up!”

Recognizing the incongruity of Halloween falling on Sunday, Clay Whittington joked on social media, “Sunday’s closing voluntary: Bach’s Toccata in D Minor or Phantom of the Opera?” Whittington is a student in performance / sacred music at ECU and a church music director. 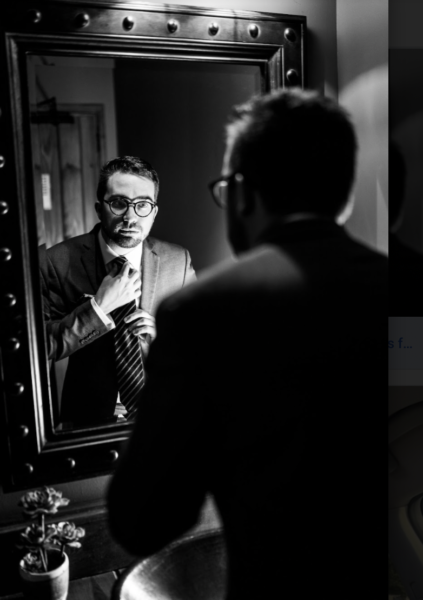 He volunteered that his favorite piano piece this time of year is “Erlkönig” by Schubert. In response to a dramatic recording of the song on Youtube, a commentator posted, “Get a pianist who can play faster so that the horse can reach the courtyard before the elf king takes the child’s soul.”

But few songs are more seasonally iconic than “Monster Mash.”

I overheard two musicians in lively debate about who made the song famous. “Vincent Price!” one said. “Boris Karloff!” declared the other. And they were both right, in a roundabout way. Bobby Pickett, while performing in a group called The Cordials, recited a monologue in the middle of a song, imitating Boris Karloff. Fellow band member Leonard Capizzi convinced Pickett they should write a rock ‘n’ roll song about monsters. They finished the song in one afternoon in 1962, recorded it, and eight weeks later it was a number 1 hit. Bobby Pickett, an actor-wannabe, became known as Bobby “Boris” Pickett.

Still, it’s true that Vincent Price had his day in the sun (or should we say by the full moon?) with the song too, recording a 45-rpm single cover in 1976.

Bill Redding said, “I’ve done Monster Mash annually since it’s inception and it was especially fun doing it with the Zen Revelators. We would all stop suddenly and Jim Watson would come in with a snarly baritone: ‘Whatever happened to my Transylvania Twist?’”

While it can be toil and treble, and even a little tricky, it’s worth it to follow your bass instincts and treat yourself to some sweet seasonal music.

Where to find it Saturday night [Halloween 2021]: