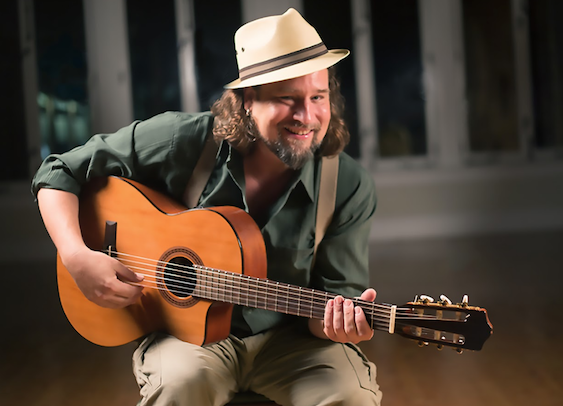 We Can Make It

Lipbone Redding’s new release reassures that “We Can Make It”

Lipbone Redding. It’s a “fantastical made up name that makes some people smile and others scratch their heads,” as he puts it. One might say the man behind the moniker plays a character in a reality show of his own design. But while he plays a role — and he isn’t limited to just one — he’s playing some innovative music, also of his own mythical mixology.

Redding is a Greenville native and East Carolina University graduate. But after graduation, he ventured forth to New York City, seeking artistic freedom. “When I first moved to New York in about 1991, I was armed with 4 years of theater arts from ECU and a mixology degree from the East Carolina School of Bartending,” he remembers. “I disliked tending bar, and when I started to go to commercial auditions, I quickly found out that I disliked other people’s words coming out of my mouth, especially to promote some product or idea that I didn’t agree with. So I declared myself a poet and a songwriter.  I had my own ideas.” 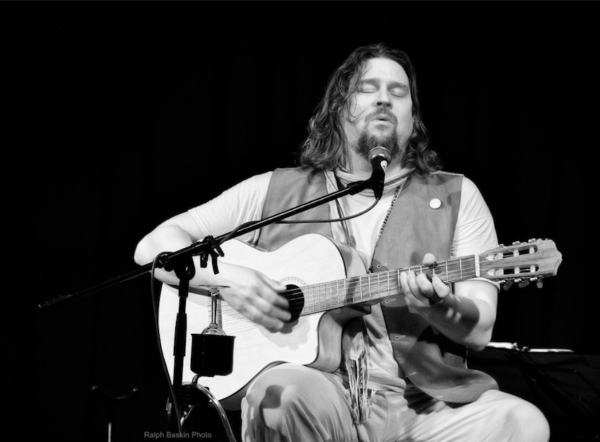 The next ten years were spent living “the Bohemian life,” as he tells it, and honing his craft. That included becoming a subway musician, busking in the tunnels after dark, in the depths of the New York City Transit.

It was there that he was exposed to a lot of jazz musicians, including horn players like Daniel Carter and Sabir Mateen who “seemed to be expressing and articulating complex emotions and ideas without any words at all,” he explains. “And they were improvising! Creating in the moment. It really fascinated me.”

And that takes us back to the name, “Lipbone.” If you were blindfolded and heard him perform, you’d be sure he had a trombone pressed to his lips half the time. But he offers the simple assertion: “I am NOT a horn player. I am a singer.” Which means he makes the sound of a trombone (among other instruments) with his lips.

“I had the great fortune to collaborate with artists like the songwriter Gary Heidt and the indomitable Kid Lucky, a self-styled ‘Voicestrumentalist’,” he explains.

While on a quest to find his musical voice, Redding participated in Lovesphere, a 36 hour, non-stop, improvisational, collaborative environment at the Museum of Sound Recording in Brooklyn. It involved no musical rules, a building full of musicians, artists and poets, no boundaries, and only listening and expressing. “It was a revelation,” he remembers. “For the first time, I could see, in an almost laboratory setting, the significance of music, art and creativity in the birthing of a cooperative society.”

Redding’s unconventional approach to music also extends to his guitar playing. “I am a left-handed person, playing a right-handed guitar, like a right handed person,” he explains. “Some weird wiring there. There’s really no way to tell I’m a lefty by simply looking at me holding the guitar, but trust me, there is some strange electro-activity going on in my brain to make that happen.”

Traveling the world while making music and friends, Redding still likes calling North Carolina home. “I have been coming back to Greenville and eastern North Carolina my entire adult life,” he explains. “I made it my home-base again in 2010. It’s one of the best places I can imagine to live and travel from.”

Currently he is the artist-in-residence at Saint Anne’s Retreat, a “conscious, artistic venue in Tarboro,” he says. “Named after the 1800s chapel on the property, we are not a religious organization, but we do focus on creativity, meditation, global community, healing and world peace.” That includes lots of music and gardening: “When the pandemic subsides, we will be offering plenty of workshops and live music events.”

This year Redding received a grant from the North Carolina Arts Council with the help of Emerge Gallery. Redding used the money to put together an ensemble of local musicians: Jasmine Best on drums, Quincy Jones on keys, and William Seymour on bass. Redding produced what he considers one of his most accomplished works to date, recording at Rock Springs studio, mixed and engineered by Kyle Brone. The song, “We Can Make It,” premieres on December 3 on such music streaming sites as Apple, Spotify, and YouTube.

“I recorded this in early 2020, before the pandemic,” he explains. “But it was inspired by the times, to be sure.  How could I know that these words would be so appropriate now?

The single will be followed by another on New Year’s Eve, December 31, 2021, entitled “Everybody,” from the same recording session.

Before the pandemic, Redding was offering weekday workshops called OmPrana based on influences from his trips to India, studying music and philosophy. OmPrana is a combination of breathing, singing together, and deep relaxation.

In addition to making and publishing music, Redding also writes and makes visual art. “I read books on philosophy, history and art,” he said. “I can my own vegetables, and like to grow my own food.”

Redding presents three weekly live-streams on his webpage and also on his Facebook page: