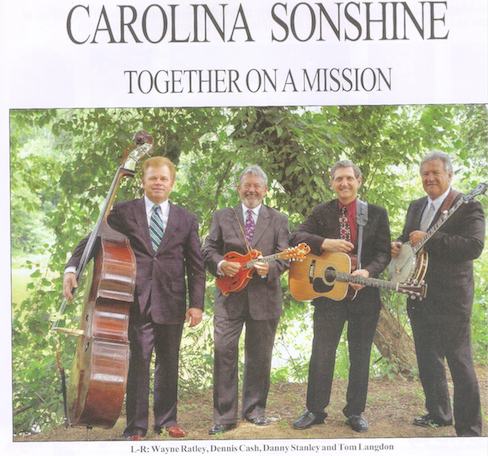 Tom Langdon came to bluegrass in the “classic tradition,” he told Michael Brantley, by getting hooked on radio and live performances: “I was intrigued by music at an early age and we had access to WPTF radio in Raleigh, and those performers would come through in the 1950s to Four Oaks, where I grew up. I was seeing my heroes–Bill Monroe, Flatt & Scruggs, Reno & Smiley, the Bailey Brothers and Chet Atkins.”

At 10, he sought to play Atkins-style guitar and then became interested in banjo, which he learned by slowing down albums. He became Carolina Sonshine’s second banjo player in 2002. He also plays Dobro and sings baritone.

Along with Danny Stanley, he was later with the Gentlemen of Bluegrass, who specialized in the music of the Country Gentlemen and the Seldom Scene.

Langdon is married to bluegrass bandleader and impresario Lorraine Jordan; they live in Garner and operate Lorraine’s Coffee House.

Brantley, Michael, Carolina Sonshine: Together on a Mission. Bluegrass Unlimited. Aug. 2010: 50-52. Buy it.