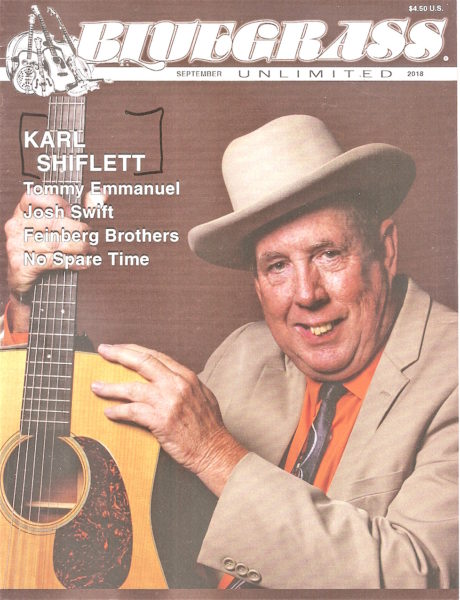 Karl Shiflett formed his Big Country Show in 1993 after over a decade of work as a sideman. From Limestone County, Texas–where he still lives–he told Bob Allen for Bluegrass Unlimited in 2018: “I’ve always referred to our music as country music and not necessarily bluegrass. It’s kind of like Lester Flatt and Earl Scrggs. That’s the way they referred to their music.”
He also recalled the first time he heard Texas-style fiddlin’ with rhythm guitar accompaniment: “It’s also where I first saw bluegrass music being played live in a group ensemble with a guitar, banjo, mandolin, fiddle, and upright bass. Although I had seen Lester Flatt and Earl Scruggs on The Beverly Hillbillies, it wasn’t until I saw and heard the music live and up close that it moved me to want to learn to play. What I saw and heard that day changed my life forever more.”
In school, Shiflett told Allen, he was a class-clown who entertained classmates with skits he’d learned from Hee Haw: “I was a skinny kid, so other kids at school started calling me ‘Stringbean’ and I took advantage of this.” He won a local talent contest doing Stringbean’s bit “about the letter from home.”
The band has employed an impressive cast of fine pickers over the years; his oldest son Kris has been his bassist almost since the beginning. The band won IBMA’s Emerging Artist in 2001 and was nominated for Entertainer of the Year in 2003. They were one of the acts featured on the 2006 IBMA Album of the Year Celebration of Life, which was released on the Skaggs Family Records label.
We hosted a couple of fantastic Shifflet shows at RAF because for a while he had Justin Harrison playing mandolin in the Show. Justin, who grew in nearby Bear Grass and is the son of local mandolin legend Frankie Harrison, had at the time recently graduated from Morehead State’s Bluegrass Studies program, and Shifflet’s crew, in their big bus, met him here for the start of a couple of tours. 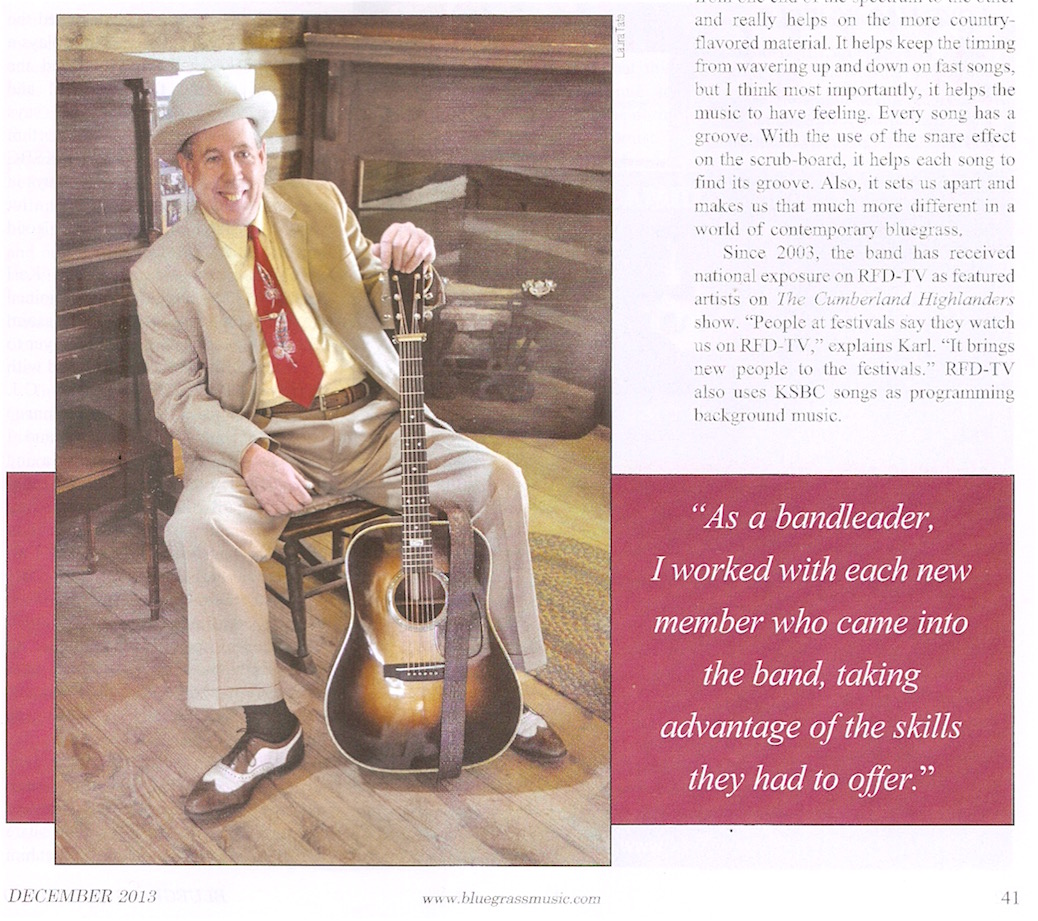