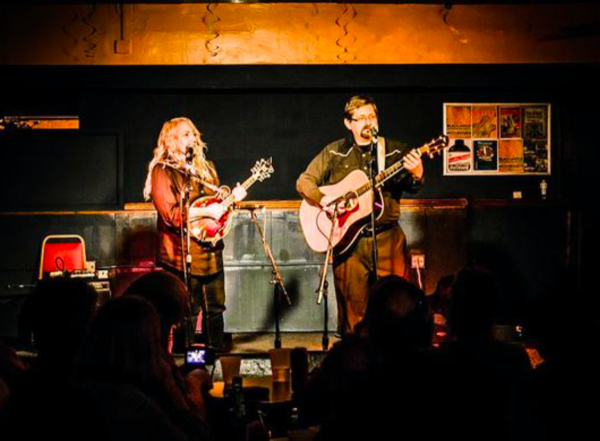 David and Valerie Mayfield, the Bluegrass Sweethearts, began playing music as teenagers and performed at R.A. Fountain on April 28, 2016 and October 28, 2017.  The Sweethearts have had a storied career, opening for the likes of Marty Stuart, Vince Gill, and Patty Loveless.  They have also played with some of the best bluegrass musicians of all time, including Sam Bush, Vassar Clements, Peter Rowan, Tony Rice, Ralph Stanley, and David Grisman.  Barbara Hengstenberg from The Journal of Roots Music: No Depression called the Sweethearts “tried and true Americana musicians… a culmination of the many bluegrass/Americana/folk musicians who came before them”.

The Mayfields have released a number of family CDs with their two children: Slimey River Bottom(1993), One Way Rider Live from Cleveland, Ohio, One Way Rider Guesses River, One Way Rider The Man in the Middle, and OWR The Mayfield Family.  David and Valerie also released a duet CD titled Steal My Heart in 2017.  OWR The Mayfield Family and Steal My Heart (2017) are still for sale and can be purchased here. Grammy nominated producer David Ray Mayfield, son of Valerie and David, has produced all of their albums and been featured on bass in all of the family CDs.

You can watch the Bluegrass Sweethearts with Mark Brine and Irene Kelly on PBS’ Song of the Mountains here.  The program said the Sweethearts are “a dynamic bluegrass duet that performs a high energy show with fast picking, tight harmonies, funny songs, love songs and really engage the audience with comical banter”.