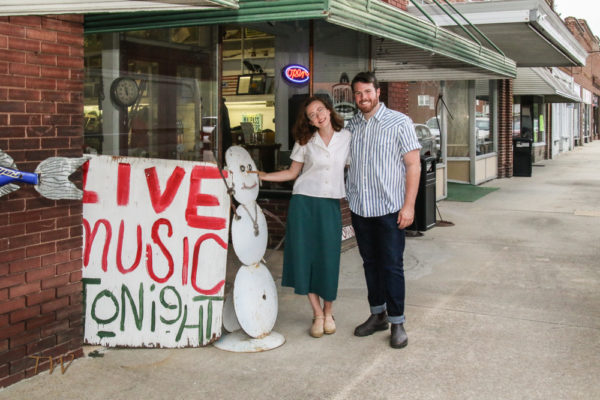 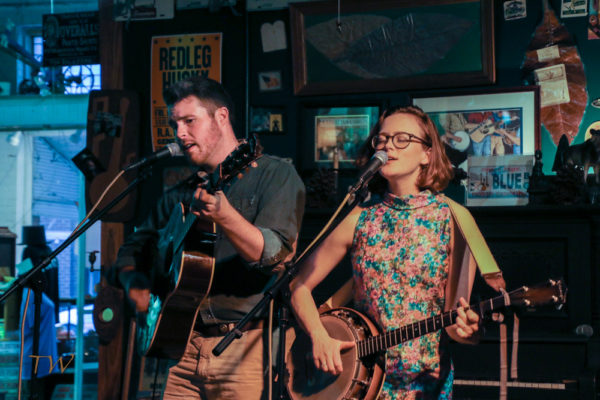 The Chatham Rabbits are a husband and wife duo based in, you guessed it, Chatham county, North Carolina. With an old-time Americana sound, the duo embodies a younger generation taking part in a historically significant, yet somehow timeless, musical tradition. The Chatham Rabbits have played R.A. Fountain General Store three times: May 18 and November 9, 2018 and August 23, 2019.

On the Chatham Rabbits’ website, New York Times bestselling author Wiley Cash writes about how the band came into existence. Before they were married, Sarah (clawhammer banjo/vocals) and Austin McCombie (guitar/vocals) had individual music careers. Sarah was a member of the South Carolina Broadcasters, who have also played R.A. Fountain, and Austin was a member of an electronic band called DASH. When they married, Sarah and Austin quit their day jobs and the two joined forces to create a sound that Cash calls “immediate, personal, and available”.

Like their music, the band’s name is a nod to the past. Sarah and Austin live in a historic mill house in Bynum, North Carolina. The house formerly belonged to a family who worked at the town mill and, like its current inhabitants, also played music. The husband of the family was a member of the mill band, which was called the Chatham Rabbits.