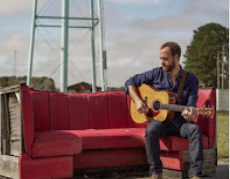 And the Beat Goes On

William Seymour: And the Beat Goes On

The camera eerily pans the seats of the legendary theater from husky voiced country icon Jeannie Seely’s point of view as she performs live at the Grand Ole Opry, as she has for over 52 years. But she may have had to take advice from Charlie Daniels’ 2017 autobiography, Never Look at the Empty Seats.  On Saturday night, March 14, the usual adoring throng was silent…because they were watching from home. But their sentiments weren’t silenced. Many were posting Facebook comments, thanking the Grand Ole Opry for streaming and making it possible for the show to go on, playing to an empty venue, despite widespread cancellations. Perhaps ironically, Seely is best known for her 1966 hit, “Don’t Touch Me,” and these days, the song just might make a come-back.

Some call it “Quarantine Streaming,” but it’s an idea that has taken off. Certainly churches have made good use of online services, but musicians whose touring and gig schedules have come to a screeching halt are also taking to technology to maintain momentum.

Local musician William Seymour live-streamed on Facebook 3/16, sharing with his virtual audience: “I’m doing this while you guys are stuck at home…to give you some entertainment.”

And even though he didn’t have an in-person audience to offer applause, they did what they could to affirm, posting comments like “Wonderful,” “Play some Nirvana,” or the one word exclamation that says it all, “Yay!” In return, Seymour put on a solid two hour show, reminding listeners of beauty in the simplicity of just one voice and a guitar.

Seymour offered a blend of original music, complemented by artful covers of the Grateful Dead, Bob Marley, Led Zeppelin, Tom Petty, and even Tina Turner’s “I Can’t Stand the Rain.”

The audience shared an intimacy not often realized in a concert venue, and certainly not in some of the louder bars and open mics where Seymour often plays locally. “Excuse me while I fix my loop pedal,” he explained at one point. Then he proceeded to play a riff and loop it against his own guitar, creating a sound reminiscent of Van Morrison’s “Moon Dance” during his cover of Tom Petty’s “Breakdown.”

Seymour announced the release of his new single, “Walk Out on Me,” that’s available on all streaming platforms. His upcoming album, “Make Love Instead” is expected to release in June, and a Kickstarter campaign to fund it begins this week.

Concerning the “quarantine streaming,” Seymour said, “I expect to be doing it consistently until my normal gigs resume.”

As for the Grand Ole Opry, Saturday night live streaming is scheduled to continue through April 4.

Into the Fog, a group from Raleigh that recently played at the Turnage Theater, has also embraced “Quarantine Streaming,” saying “Here at ITF headquarters we believe music is magic. If there were ever a time when this world needed music, it’s right now.”  And the beat goes on. La de da de de, la de da de da.