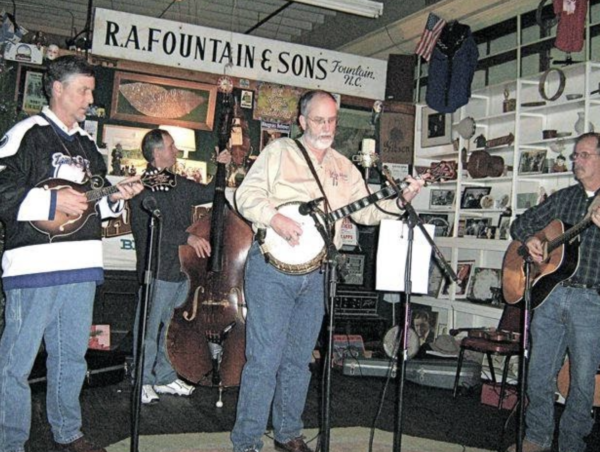 Bee Gee’s Bluegrass: a Match Made in Hillbilly Heaven

Bee Gee’s Bluegrass: It’s a Match Made in Hillbilly Heaven

Could the Bee Gees play banjos? Bob Gaddis can. And he’s a Bee Gee. He was given the nickname while a freshman at Ohio State in 1967. His wife’s name is Bonnie, another BG, and his honey bee operation was even called “Bee-Gee Bees and Honey.” 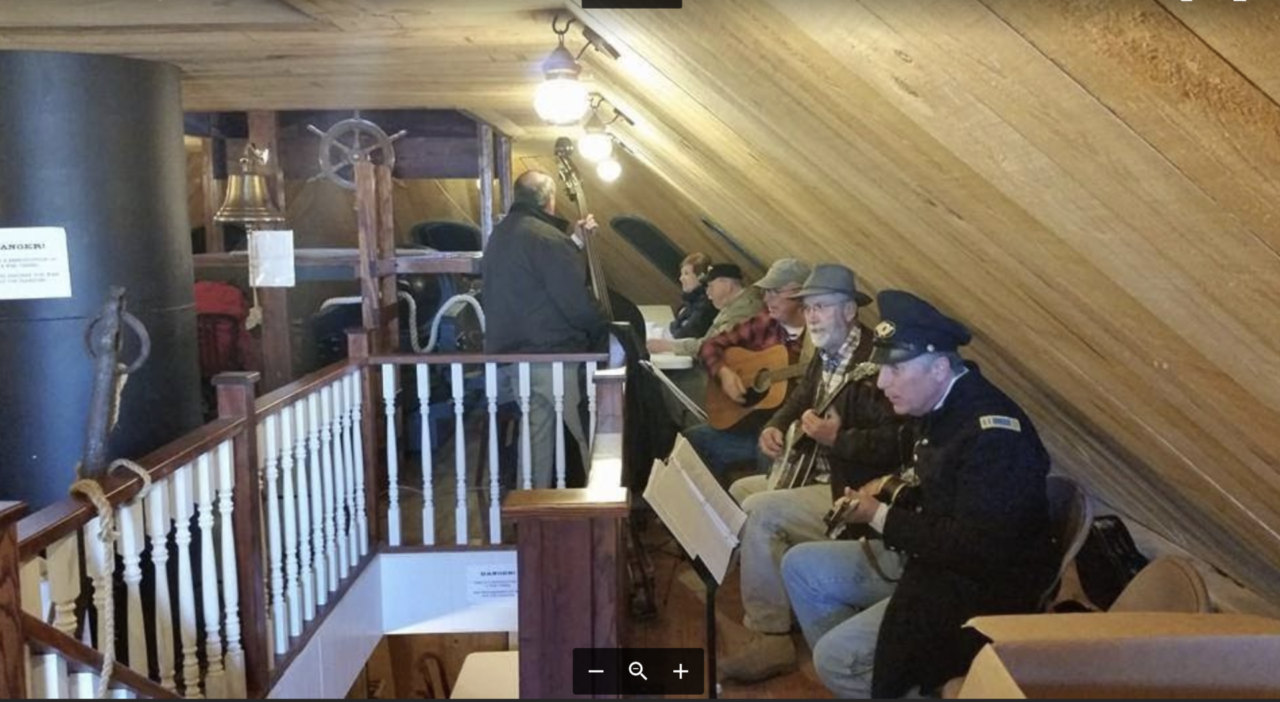 The Gunboat Boys performing at the CSS Neuse

Despite being a namesake, Gaddis says he’s not especially a fan of the band’s style of music. He’d rather be known for his own bands, the Famous Farm and Home Bluegrass Band, or the Gunboat Boys.

With roots near Grifton, Gaddis was raised in his dad’s hometown of Dayton, Ohio.“Southwest Ohio was known as Hillbilly Heaven,” Gaddis says. “Many families migrated north from KY and WV seeking work in Detroit. That area became a hotbed for ‘Hillbilly Music’ which would later be referred to as ‘Bluegrass.’”

He and his brother, Jim, listened to AM radio stations and Jim would buy records like Grandpa Jones, Stanley Brothers, and the Osborne Brothers: “I would watch WLW-TV’s Midwestern Hayride on Saturday nights. I saw country stars such as Bonnie Lou, Kenny Price, and Johnny & Jack. I was fascinated by all of it.”

In high school band Gaddis played tuba and French horn. Around that time, the Kingston Trio and folk music were gaining in popularity. “Washington Square was a big hit tune on the folk charts and it featured a banjo,” Gaddis remembers. “I wanted to quit band and play football. My parents and the band teacher were against that, so I cut a deal that I would stay in band if my folks would buy me a banjo. So they did.”

He thought the banjo would be a bigger “chick magnet” than football anyway. He went to Ohio State in 1967 and took his banjo.

In 1972 Gaddis married, moved to Pompano Beach, Florida, became a real estate salesman….and saw an ad for banjo lessons. “I went to Hollywood, FL, traded my banjo for a higher-quality one and met a bunch of pickers. I never took a banjo lesson,” he recalls. Instead, he attended weekend jam sessions, learned from veteran pickers, and joined the South Florida Bluegrass Association. 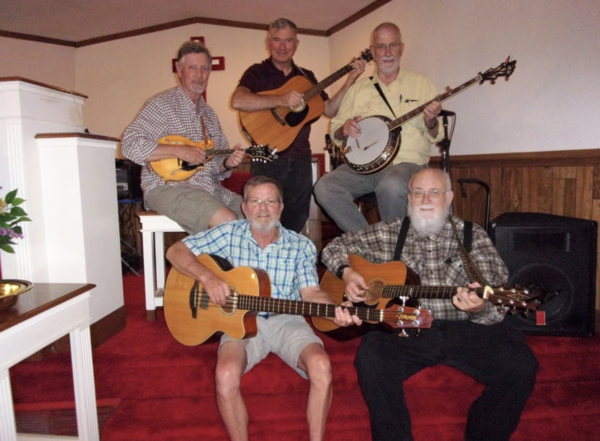 Gaddis began building banjos when he could not afford to buy a Gibson Mastertone, what he considered to be the de facto standard bluegrass banjo: “I built a Gibson copy, using a discarded maple bed headboard I found on a trash pile.” He has been working on instruments ever since.

Gaddis moved to Grifton in 1977 to help his grandmother on the farm and in 1978 formed the Farm & Home Bluegrass Band: “The idea was to have a radio show, ‘The Farm & Home Hour’ where we would have live music, farm news, home tips, etc. It never materialized, but the name stuck. My first guitar player was Tony King, an ECU voice major. Paul Garvey played mandolin and fiddle, and Dan Newnam played bass. Tony would go on to play with Nashville artists such as Holly Dunn, Vince Gill, and bluegrasser J.D. Crowe. He was engaged briefly to Wynona Judd. He would play guitar and sing tenor for 18 years with Brooks & Dunn.”

While working on a large pig farm in Pitt County, Gaddis was allowed time and resources to perform, as the owner was a bluegrass fan. In 1981 he founded the Eastern NC Bluegrass Association: “We met at the farm’s Mule Barn, a converted stable that was used for social gatherings. The Association grew quickly and we had to relocate to a larger facility.”

Average attendance at the shows was 600 and the organization was able to advance seed money to help start the International Bluegrass Music Association in 1985.

The Famous Farm & Home Bluegrass Band has played festivals, appeared on radio and TV and has done numerous private events and community concerts. The band includes Gaddis on banjo and fiddle, his brother Jim on mandolin and sometimes guitar, and Jeff Haddock on bass. 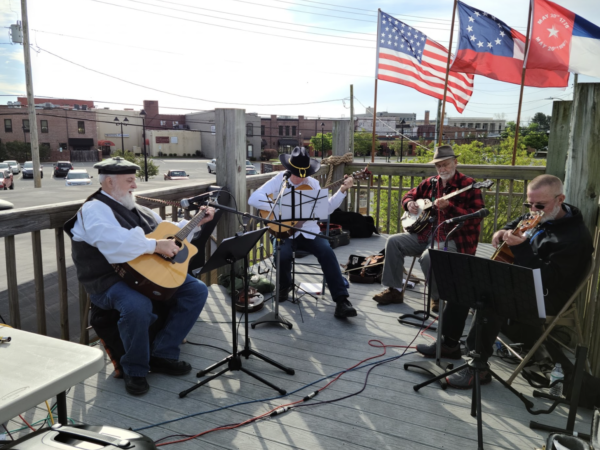 The Gunboat Boys performing for Breakfast on the Boat, at the CSS Neuse

In the past several years, they have performed as the Gunboat Boys at the CSS ram Neuse Historic Site in Kinston. At first they dressed in costume and performed period music with Gaddis playing a Civil War era replica banjo. But now they play bluegrass renditions of Civil War music, along with old country and bluegrass: “People wanted to hear up-tempo bluegrass, not quiet, Civil War campfire music.” The Gunboat Boys includes guitar players Nathan Bingham and Mike Parker.

“We don’t play hard-core traditional bluegrass music,” he says. “We draw from many genres. For example, I sing an upbeat grass-ish version of Tom Jones’ ‘Delilah.’ It’s a perfect bluegrass song: cheating, betrayal, Em chord and the girl dies in the end….”

Their music has been described as “swamp-grass” with a “shuckin’ beat.” Jim Gaddis calls it “eclectic.”

Bob Gaddis currently repairs guitars and banjos and gives banjo and mandolin lessons. When it comes to the music he gravitates to, he says simply, “I  like songs that tell good stories or that have a good poem or even just a good ‘hook.’” 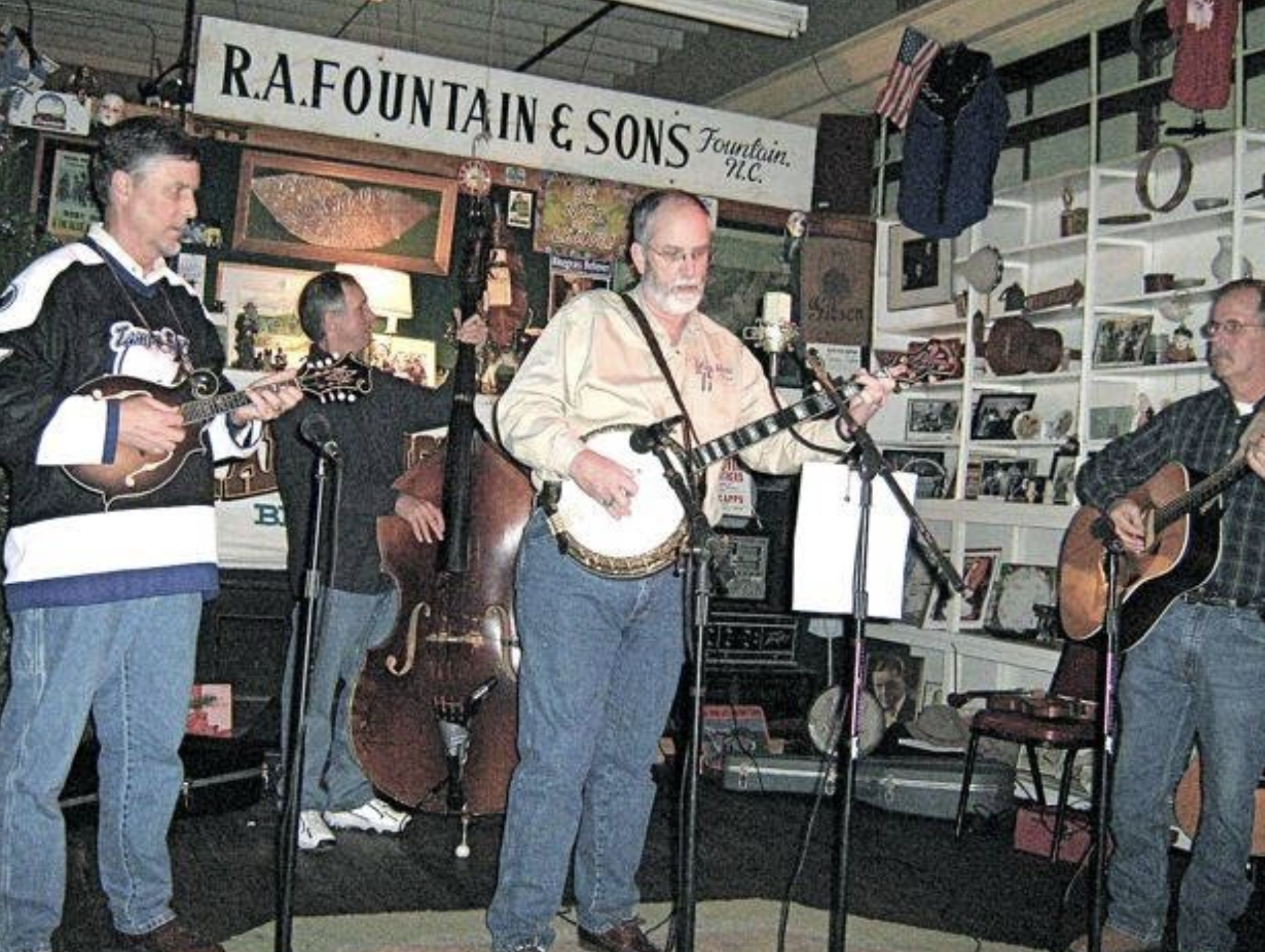 John Booker sat in on bass with Farm & Home for this 2008 performance at R.A. Fountain