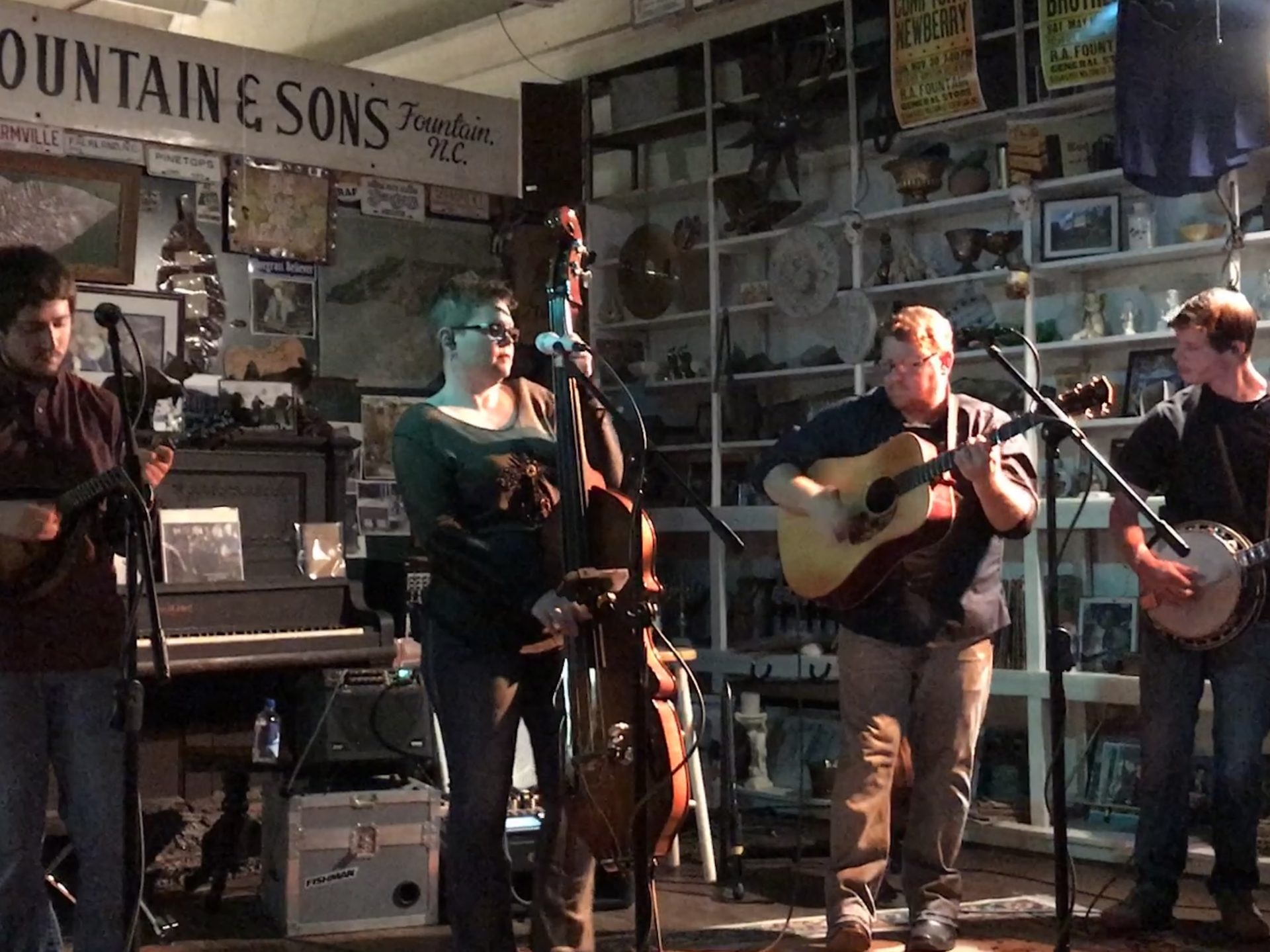 Fronted by the husband-wife duo of Daniel & Carolyn Routh, Nu-Blu has been performing for over twenty years now. The Rouths, who live in Siler City, are hosts of the popular syndicated TV show Bluegrass Ridge, which is filmed in Nashville and broadcast throughout the U.S. on the Family Channel , Heartland Network, and others. The show also recently added 85 independent channels to its broadcast range.

We’re the last stop for Nu-Blu before they head West for another tour of Texas & beyond that will have them gone from NC until June. They’ll bring their big bus to town & leave with Justin Harrison, their mandolin picker who’s from Bear Grass–and the son of local legend Frankie Harrison.

Austin Hefflinger, 18, is the band’s banjo player. From Pennsylvania, he’s been playing with Nu-Blu since he was 15. 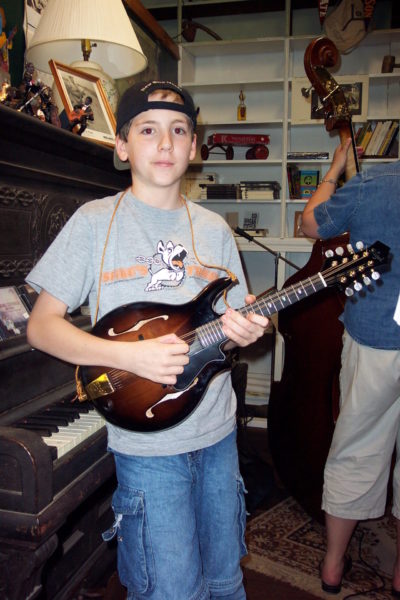 Justin Harrison performed at RAF often as he grew up in Bear Grass.

Justin Harrison studied bluegrass at Morehead State University in Kentucky before joining up with Karl Shiflett & the Big Country Show, his first big-time band. He’s been picking with Nu-Blu for four years.

In December, Nu-Blu toured with the Becky Buller Band with the unusual arrangement of both bands performing on stage together for the evening. They are featured regularly at IBMA showcases, and their annual bluegrass cruises are among the most popular in the industry.