It’s been a busy few months for Nu-Blu since they were last in Fountain. 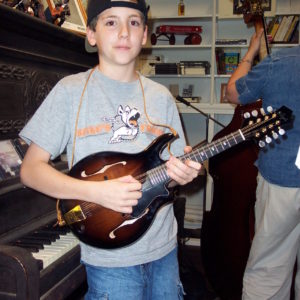 Young Justin at a bluegrass jam

They’re also showcasing Williamston native Justin Harrison in his home territory. A Morehead State graduate in bluegrass studies, he’s playing mandolin and fiddle with Nu-Blu. He’s also the son of local bluegrass picking legend Frankie Harrison, who might sit in again on a tune or two. Justin began playing RAF as a youngster, first on fiddle and later on mandolin, usually as a guest with one of his father’s bands, and now that he’s back in the area, he and Frankie are working some local gigs together again.

The band is fronted by the husband-wife duo of Carolyn and Daniel Routh, who share singing lead and harmony. She plays bass and and he plays guitar and arranges.

Bluegrass Today writes, “Nu-Blu is known for merging a driving bluegrass sound with more contemporary material, and performing in venues and before audiences new to the music.”

This is one of those shows we’d likely never get to present without such a solid local connection as having Justin in the band, and we look forward to hosting this homecoming, of sorts, for him and Frankie, and their friends and family, including Justin’s bride, Morgan Rice. 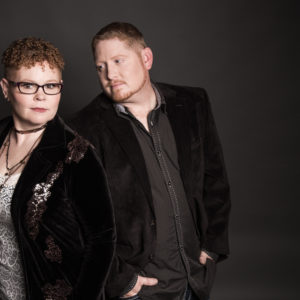 The Rouths are also hosts for the music video and interview TV show Bluegrass Ridge, which airs weekly in syndication on the Heartland Network, the Family Channel, and internationally. It also streams and is archived online. The Rouths are the show’s first permanent hosts.

Carolyn and Daniel have been performing together since 2003. They were married soon after the release of their debut CD and as Nu-Blu have subsequently released seven CDs.

After their Fountain show, Nu-Blu heads west, for a show in Tucson and then as a featured act on the Bluegrass and Bluewater Cruise leaving out of Long Beach, California on March 15. 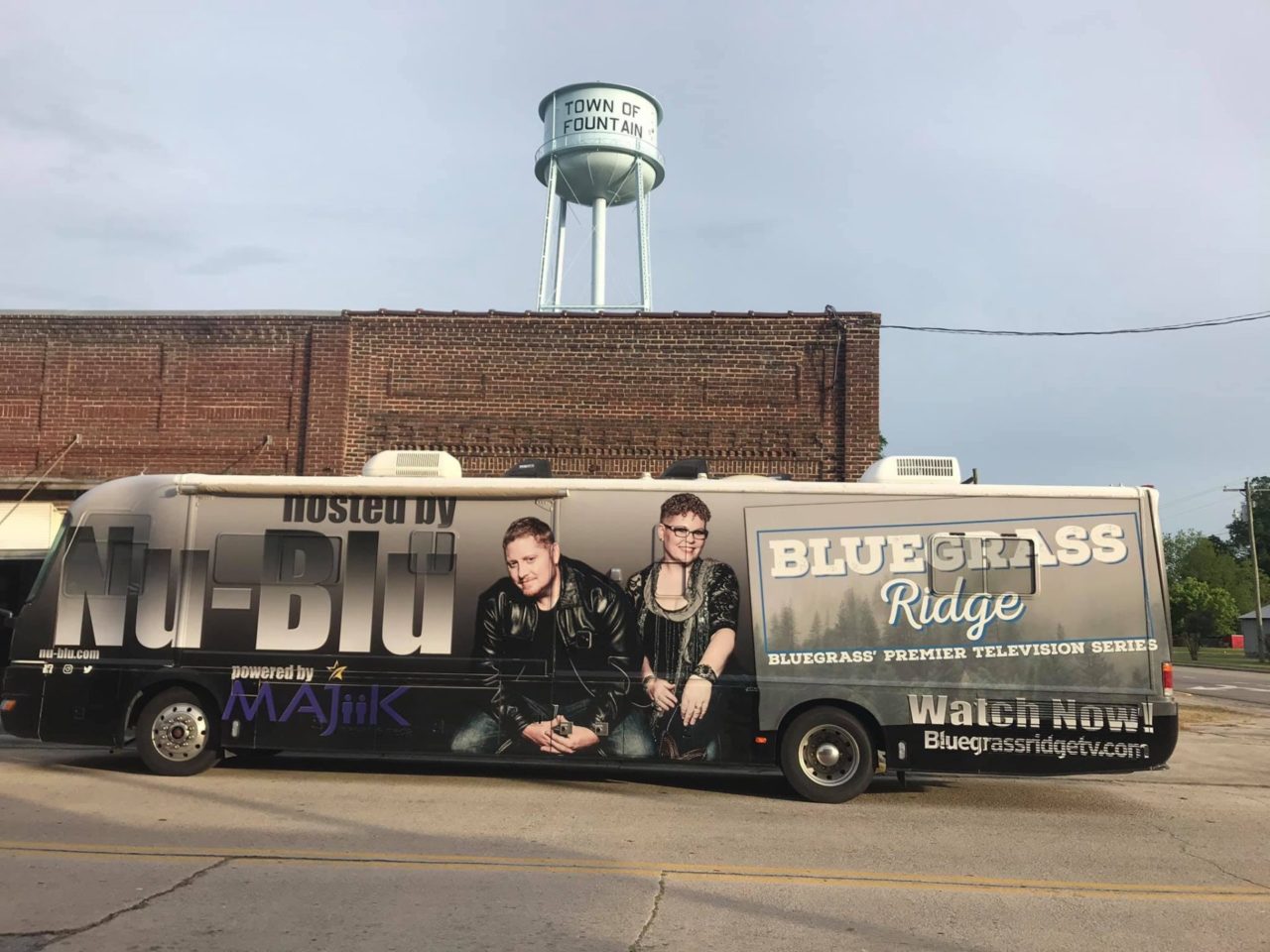