The South Carolina Broadcasters, whose music mixes folk, bluegrass, gospel, and old-time traditions, have made Mt. Airy their home. The band is currently made up of husband and wife Ivy (vocals, fiddle, banjo) and David Sheppard (vocals, guitar), as well as Jackson Cunningham (mandolin, guitar, vocals) and Stu Geisbert (bass). Ivy and David Sheppard, the founding members of the band, explained in an interview with Our State’s Corbie Hill that they are North Carolina natives who started the band while living in Charleston, South Carolina. Former members of the band include Sarah McCombie, now a member of the Chatham Rabbits, and Andy Edmonds.

According to Lee Zimmerman of Bluegrass Today, the Broadcasters play a mixture of old-time classics and more obscure bluegrass pieces from years back, as well as the occasional original piece written by David Sheppard. Zimmerman writes, “Their seeds were clearly sown in the firmament of their Appalachian environs. That purity and purpose is evident in every note and nuance.”

Despite their name, the band’s North Carolina roots are deep. As he told Corbie Hill, David Sheppard once owned a well renowned guitar shop in Greensboro. According to Sheppard, it was visited by both locals and music legends alike. Among its famous patrons were Doc Watson, Creedence Clearwater Revival, ZZ Top, and Los Lobos. Ivy and David also call North Carolina home once again, having left South Carolina and purchased a home in Mount Airy sometime in 2012.

Ivy Sheppard also hosts an excellent bluegrass radio show for national audiences on WAMU, which streams live five mornings a week [Listen] and another show, “Born in the Mountain,” on Mt. Airy’s WPAQ and also on Radio Bristol twice a week [listen]. 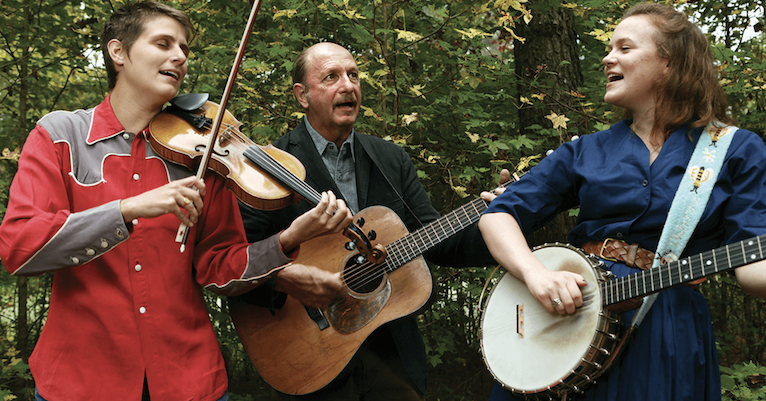 L to R; Ivy & David Sheppard and Sarah McCombie, now half of the Chatham Rabbits. From Our State magazine.