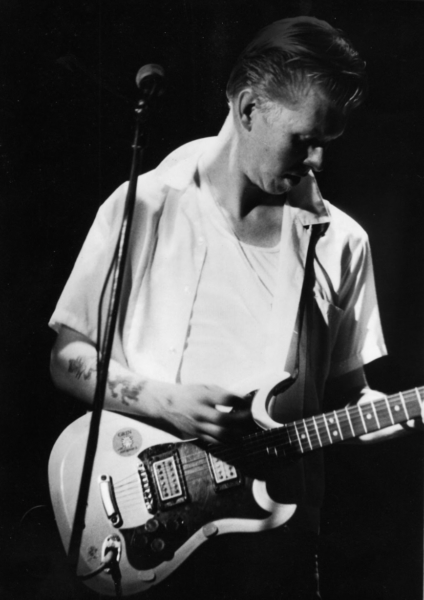 Bad Bob and the Rockin’ Horses. The Phantoms, The Stingrays, The Blues Lords. If those band names ring a bell, you might have been in the Greenville area for a while. Perchance you’ve spent time at the Rathskeller, the New Deli, or the Attic. Or even a backyard on Paris Avenue.

The common denominator is guitarist Bob Tunnell, who now lives in Washington, NC. He came to Greenville in the 1970s from Swan Quarter.

“He is a great musician who played raw blues and rockabilly music and was wildly popular in Greenville in the 1980s and 1990s,” Lightnin’ Wells said. 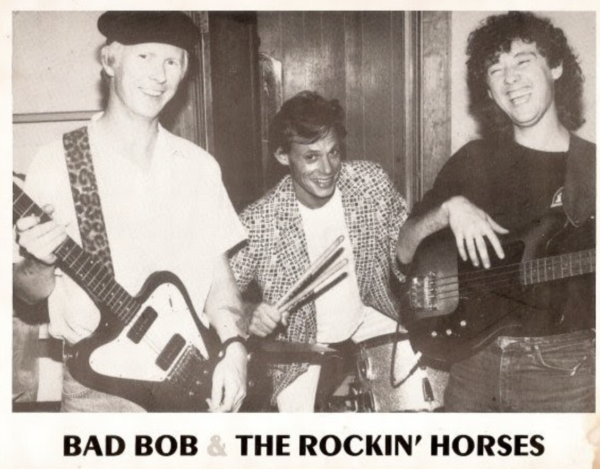 “We played for about 5 years,” Tunnell said of Bad Bob and the Rockin’ Horses. The band configuration that persisted included Tunnell, J.W. Raburn, and Bob ‘Shakin’ Aiken. “I think we arrived at the name because J.W. was always going around calling everybody ‘horse’.”

In the early ‘80s Tunnell played in the Stingrays on guitar and vocals with James Shue on bass, Steve Alexander on drums, and Chris Knight on saxophone. The Phantoms, a 3-piece band with Tunnell, Shue, and Alexander followed. 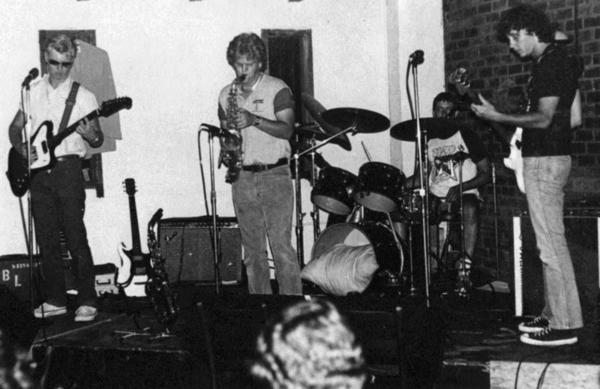 In an ’80s Chapel Hill entertainment weekly article, Tom Beckett described Tunnell: “He stands tall, with slicked-back hair and a florid complexion. And this boy has got his chops down. His licks are consistently fiery and flowing, and truly creative within the blues idiom.”

Speaking of Bad Bob and the Rockin’ Horses, Tunnell said, “In October 1992 I left the group to receive surgery due to a brain tumor. I played a few gigs with Lightnin’ and Vinnie Brooks after that, but that was pretty much the end of my performing.”

A photo of a towheaded Bob as a young child sitting on the edge of a bed playing an electric guitar brings back memories. “That’s me with my first electric, in about ‘67 or ’68 after we had recently moved to Swan Quarter, my dad’s hometown,” he said. “I’d gotten a cheap acoustic, about $18, for my birthday that year.”

Incredibly, he says, “I think I was most likely playing ‘Double Shot of My Baby’s Love,’ judging from the chords I was playing.”

A newspaper clipping shows a smiling Tunnell with white t-shirt and back-swept hair, playing an electric guitar. The caption talks about “five of Greenville’s hottest jazz and blues bands” being featured when WVSP (90.9 FM) aired a benefit concert played at the Attic. The bands featured were the Lemon Sisters and Rutabaga Brothers, Lightnin’ Wells with the Stingrays, Big Boy Henry, Jazz Plus and Proteus.

“The guitar is a Gibson Firebird I had recently acquired;” Tunnell said. “I remember the concert as a good time with a lot of people that I am fond of.”

Bob “Shakin” Aiken has vivid memories from when Lightnin’ Wells gathered a few musicians from Greenville to produce a record with legendary blues musician Big Boy Henry. The group included Mike Hamer on bass, Tunnell on guitar, and Aiken on drums.

Lightnin’ explained that this session produced the 45 record release of “Mr. President” by Big Boy Henry that was released on the Greenville-based Audio Arts label in 1983. It was nominated for a W.C. Handy award the following year.

“I had seen Bob perform several times prior to that and I knew he was special,” Aiken said. “He had my respect for his study of blues music, his vast knowledge of many great blues musicians, as well as for his guitar influences as a result of that knowledge. We crossed paths for several years prior to forming a little 3-piece band.”

Aiken said he knows Tunnell as a quiet and demure individual, but “when he hit the stage with Bad Bob and the Rockin’ Horses, you better get out of his way.”

“As a blues guitar player, there were none better in this area at the time,” Aiken said. “He was an artist. He was a showman. And he was a monster on guitar. He had command, control, and his own style. He gained immediate respect from whoever was within earshot of his performances. He was this incredibly charismatic gyrating guitar gunslinger that commanded your attention and shook your bones from within. He owned the stage, the audience, and sometimes audiences outside the venue.”

Outside the venue? Aiken helped to paint a picture of just that: “On a good night back in the day in downtown Greenville, it was not unusual for Bob to spontaneously run off the stage and exit the venue. Without ever missing a lick he would run up and down the sidewalks, into the streets, and at times even lay in the streets with guitar wailing and all the while gathering support from passersby. Like the Pied Piper, those in the streets would follow him and line up to get in and see Bad Bob.”

Tunnell’s nephew, David Hervey, said of his uncle, “He  has been a huge inspiration to me with both art and music.” 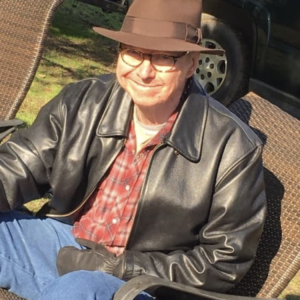 Music is still an important part of Tunnell’s life and he frequently posts links to recordings he’s been listening to and are meaningful to him.

“He was a great performer,” Aiken said. “If you ever had the chance to see him perform you would never forget it.”

Indeed, for many longtime local music lovers, Tunnell will forever be linked with fond music memories. /. 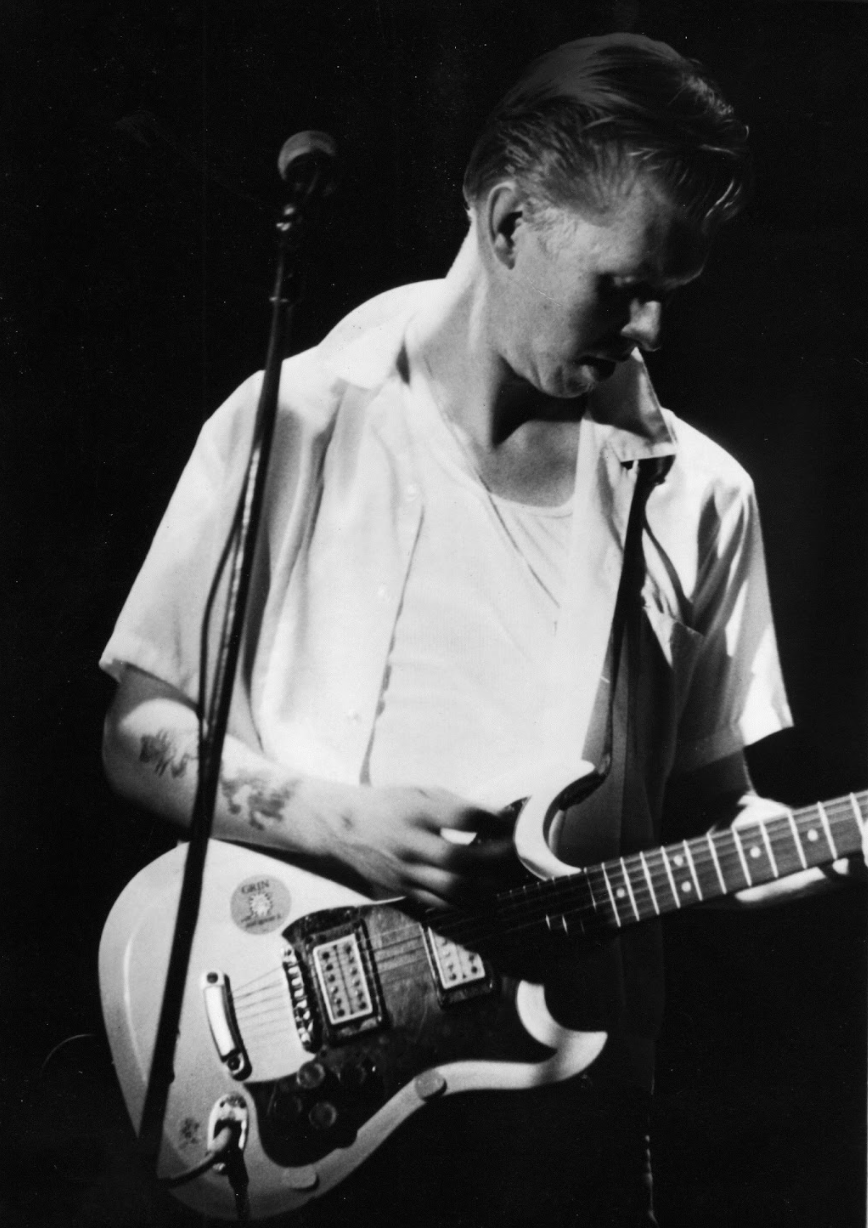