A photo of Donald Thompson in kinetic performance glory, as lassoed by Tom Whelan’s camera, tells a story unmatched by a mere interview at a rural eastern North Carolina spicy chicken-and-biscuit joint. One moment he’s a mob boss with rainbow Bela Lugosi lighting. Another, he’s flung himself prostrate on stage, wearing a purple suit, white hat, and wing-tip shoes, all the while singing into a microphone the color of a matador’s cape. He’s a crooner, a dancer, a zebra-striped romancer. 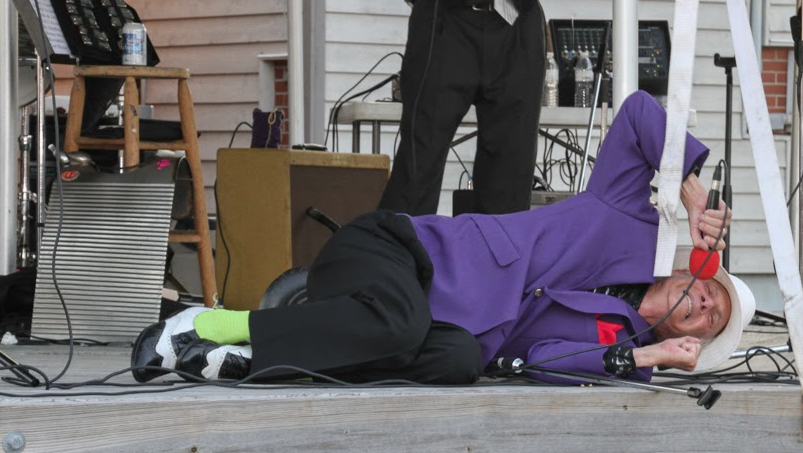 I prepared myself for a larger-than-life personality. But off-stage the vintage rhythm and blues band frontman nicknamed “The Prophet” is courteous and surprisingly soft-spoken. I leaned in to catch every word. “We were going to a gig one time and passed a church with a sign that had people’s names listed,” Thompson said, explaining the origin of his stage name. “So and so bishop, so and so Sunday School superintendent. One on there was ‘The Prophet.’ Everyone was picking a title and I said, ‘I wonder what’s going on and want to be able to see the future…I’ll be The Prophet. Of course it was all in good fun.”

Hailing from Lenoir County, the self-described “singer who plays guitar” said he has liked music as long as he can remember: “My mother came from a musical family. My grandfather, John Howell, sang at rural gatherings. I never knew him but heard about him from my mother’s stories. Some of my favorite musicians are ones my mother listened to, like the Ink Spots and Count Basie.”

Self-taught, Thompson explained that he learned to play guitar to accompany himself when singing. He was 14 when he got his first Sears and Roebuck guitar: “I learned the blues when I was a teenager from listening to the radio. There was a big blues scene on WALC-AM in Tennessee, with its powerful signal at night. My favorite DJ was John R. He used to say, ‘John R coming to you from way down in Dixie.’” For that moment, Thompson’s voice took on the dynamic color of a vintage radio broadcaster.

Early band configurations with Thompson included the Echoes, Harold and the Heartbeats (later to become just the Heartbeats), and Pride and Joy, and a duo with Sonny Boy Holland. From the late ’60s, again a picture of Thompson captured the essence of the era, with fringed vest and “flower power” adorned guitar as he remembered one of his earliest paying gigs in Kinston, New Year’s Eve, 1965 ,that didn’t go so well: “It was at ‘Wonderland by Night,’ a huge place, now a shirt factory. We hadn’t played 5 minutes before a monstrous fight broke out. Like a western B movie, where they’re throwing chairs. With the stage lights, we could hear the fight before we could see it. There was a cement wall behind us and the door was locked. Bottles kept flying. We got down behind an amplifier.”

Thompson is proud to report that he has met many of his blues heroes in person: “I rented B.B. King an amp. I was working at a music store and he was playing in Wright Auditorium. He gave me a couple of tickets and told me to come backstage after the show.”

He also met Lightnin’ Hopkins, John Lee Hooker, and Muddy Waters. “I saw Muddy Waters playing in a little club in Raleigh about 1970. I ran into a guy who taught at ECU and went with him backstage. Muddy was drinking Piper champagne. I found out later why he was drinking champagne….his doctor told him he had to stop drinking liquor.”

Thompson also had the opportunity to meet Doc Watson. “I played a show with David Holt in Goldsboro. He was playing a show with Doc in Tarboro that night. He said for me to come to the show and he’d arrange a meeting,” Thompson remembered. “I walked up, and Doc was sitting down. Holt said, ‘Doc, this is Donald Thompson. He loves to play blues and the old songs.’ Doc said, ‘I’ve got to get up and shake this man’s hand.’”

Talking about the Donald Thompson Band, Thompson said, “We are a niche band. We play blues, vintage rhythm and blues, and classic rock. The common denominator is we’re all passionate players with a hot driving passion.”

The band has played festivals such as Ocrafolk and local venues such as Sunday in the Park in Greenville, R.A. Fountain, and the Kinston library. Along with frontman Donald Thompson, it includes Chris “Jenx” Jenkins on guitar, Bill Hunneke on harmonica, Bob “Shakin’” Aiken on drums, Jackie Johnson on keyboards, and Carroll “Snuffy” Wade on bass.

When asked what advice he’d give to musicians coming up, he said, “When you start out, you just play whatever you play. One of the hardest things is learning how to put a band together and how to run a band. It’s a learning process. Egos can ruin a band, from a garage band to the biggest band in the country.”

One of the things he enjoys most about his band is that “everyone has stage manners.” And by that he means if someone’s doing a solo, the others back off. “I want everybody to be a star. I feature all of them.” 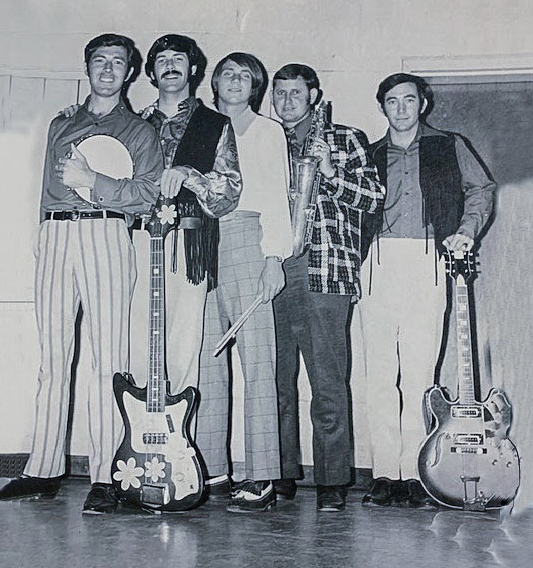 One of Thompson’s trademark songs is his original, “Wishy Washy Woman.” It evolved after overhearing a conversation while on a business trip to DC. “I went into a hotel bar with a friend of mine. Heard these guys talking about a girlfriend or wife. A prima donna apparently. He said I don’t know what I’m going to do…she’s just a wishy washy woman. I had the tune, Jenx did all the guitar licks.”

Thompson acknowledges having a tough year, speaking of the pandemic: “I had a good spring and summer lined up and it just wiped it out.” Both Thompson and another band member got the virus. “I had a mild case of COVID, no energy, lost sense of smell and taste.”

When the band got back together in May for a performance in Morehead City, it had been 10 or 11 months since they’d played, due to COVID. Yet,“when we got together, it was like we had just played,” Thompson said.

Thompson has a free performance scheduled at the library in Kinston on Thursday, October 7, 6:30pm-8:30pm. 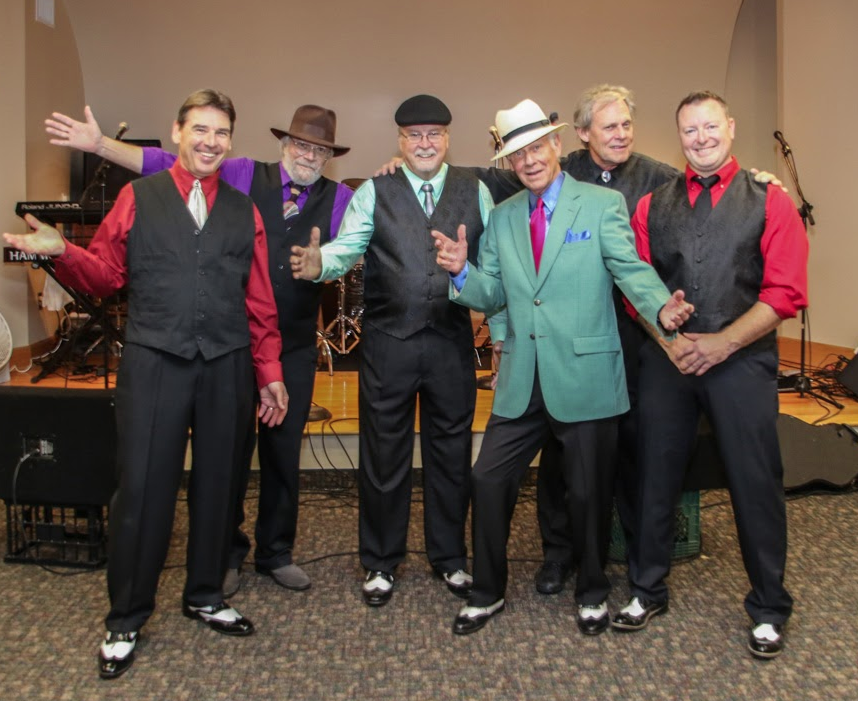