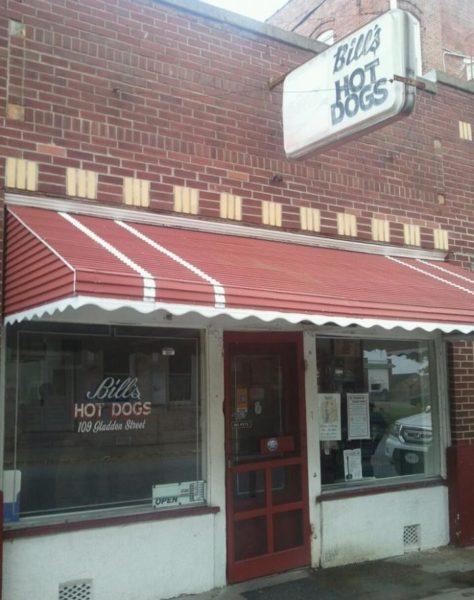 Bill’s Hot Dogs was founded by Bill Jackson in 1928 on Market Street in Washington  (or “little Washington” as it is affectionately known by locals).  As the name suggests, Bill’s is a straight up hot dog joint. Hot dogs are what they do… and they do them quite well. As Emory Rakestraw wrote in Only in Your State, Bill’s is “more than a hole-in-the-wall but perhaps a local landmark.”  I have lived in Washington all my life, and have yet to meet someone who lives here that has not had at least one Bill’s hot dog. 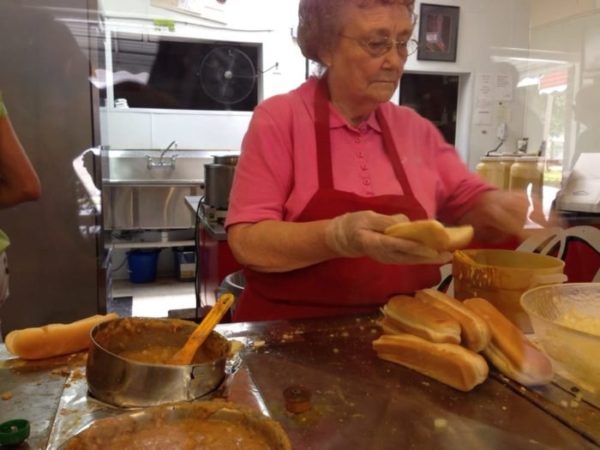 photo from Only In Your State

There is a right way to order a Bill’s hot dog and the way you order your hot dogs separates the locals and those in the know from the tourists. If you are going to get a Bill’s hot dog (or three), the best, and some say only, way to order it is to walk up to the window and ask for a hot dog all the way. An all the way Bill’s hot dog comes with diced onion, mustard, and Bill’s famous secret chili. The chili recipe really is top secret. More than a few people have tried to replicate it over the years, all without success. It is almost impossible to eat Bill’s hot dogs with a group of people without at least one person speculating about just what exactly is in the deliciously mysterious chili.

Bill’s is strictly take-out. There are no dine in options. The locations are so small that there is no room for tables. No one seems to mind though, because you’ll often find a line stretching out the door and down the sidewalk. Some of my favorite memories involve grabbing Bill’s hot dogs from the Gladden Street location with friends or family and walking down the sidewalk to eat them at one of the picnic tables by the waterfront or picking them up before going to spend the day at the river. If you are in the area and looking for something to eat for lunch or dinner, you can never go wrong with a couple Bill’s hot dogs and an old style Coke in a glass bottle.

Rakestraw, Emory. “The Unassuming Restaurant In North Carolina That Serves The Best Hot Dogs You’ll Ever Taste.” Only in Your State, 12 Aug. 2017. Read it.

The original Bill’s, downtown Washington, is a short walk from a gorgeous river front 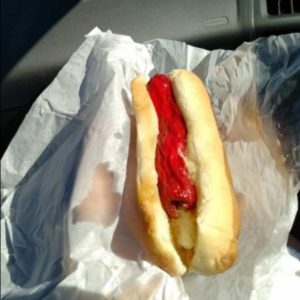 A Blll’s dog, chili underneath it. Photo from Only in Your State