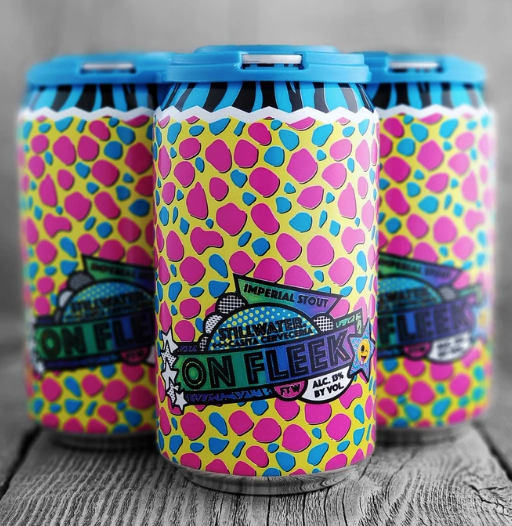 Casita is the best new place for fun in downtown Wilson, situated beside the spectacular Vollis Simpson Whirligig Park.

They used to be in Fountain, though hardly anyone knew it.

Here’s proof, from a 2018 WNCT video profile about Ryan & Mahalia, as reported by Ken Watling (with some emphasis added):

Craft breweries are booming in eastern North Carolina. Over the last decade and a half, they’ve popped up all over, from Farmville to Kinston to Greenville.

Ryan Witter-Merithew and his wife own and operate Casita, one of new local options. It is located in Fountain. Yes, that Fountain, a town with a population of 435 people.

“Oh yeah, we’ve gotten that response from people,” said Witter-Merithew. “Because we live in Wilson. We brew our beer in Farmville. But we’re located in Fountain. So I think that has made some people turn their heads that even know about Fountain. Some don’t even know where Farmville is also.”

Witter-Merithew’s beer career started in Farmville back in 2007.

“I took a brewing job at Duck-Rabbit in Farmville, North Carolina, which is when I ended up meeting my wife about a month later,” he said.

“I had just started grad school at ECU, and I didn’t really know many people in the area,” said his wife, Mahalia Breen. “And I went to Christy’s Euro Pub one night, and there was this tall drink of water. And he started making fun of me for drinking a mass market beer.”

“It’s been a journey, that’s for sure,” Breen said. “We’ve been all over the world together. And I’ve gotten to learn a lot more about the beer industry than I ever thought I would.”

They started Casita in Vermont three years ago, but they decided to last summer to move closer to family.

“When we moved back, we wanted to keep doing the contract brewing,” said Witter-Merithew. “I don’t own a brewery. I pay somebody else to use their equipment. It was a natural fit to do it at Duck-Rabbit due to my own personal experience working there and the relationship that we had.”

A year later, you can find Casita beers a number of shops across the state, including Tapped in Greenville.

“For the most part that’s where I’m willing to drive to,” said Witter-Merithew. “ We make our beer once a month. We rent a van from a local Enterprise, and then I spend a week just driving all over North Carolina.”

Breen helps with delivering, marketing, emails and pretty much everything else.

She even does the artwork for the packaging.

“It’s a really fun, artistic outlet for me,” Breen said.

She also came up with name of the brand, inspired by their tiny house in Vermont.

“Well, Casita means little house,” said Breen. “And it’s kind of got a double meaning for us as a contract brewery because we’re like the little house brewing inside of the big house.”

“It’s not something I would have thought early on in our relationship that, ‘Hey, we’re going to own this brewery together,” said Witter-Merithew.

“She helps balance me out quite a bit,” said Witter-Merithew. “I’m a very pessimistic person, and she’s very optimistic and helps keep us focused.”

“We’re very happy to be home. It feels good.”

While Casita is just a two-person operation, Breen also works full-time as a school teacher.