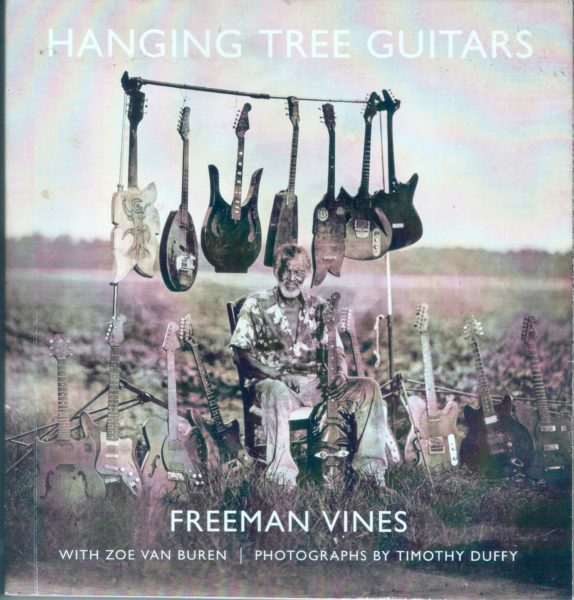 The Music Maker Relief Foundation has made its presence known locally with MMR-East, in downtown Fountain, where most days Freeman Vines is at work on one of his guitars, many of which were featured in a 2020 exhibit at the Greenville Museum of Art. 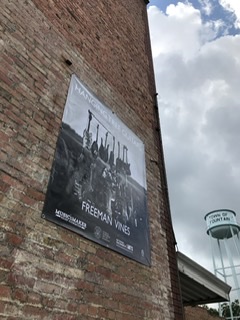 That show opening coincided with the publication of  Mr. Vines book, Hanging Tree Guitars, with photographs by Timothy Duffy–copies available at our brick & mortar store or on our e.store.

The Music Maker Relief Foundation is a 501c3 non-profit founded in 1994 by Tim and Denise Duffy “to preserve the musical traditions of the South by directly supporting the musicians who make it, ensuring their voices will not be silenced by poverty and time.”

For a few months, Mr. Vines worked in a makeshift studio in the back portion of the Smith-Yelverton building. Music Maker East, in a newly renovated building that was formerly Ellis’ Soda Shop, is a welcome addition to our downtown. It has already attracted considerable attention and visitors, including photographers and folklorists from Mississippi, Georgia, Maryland, and France.

The foundation has also worked with local artists the Vines Sisters and Lightnin’ Wells. 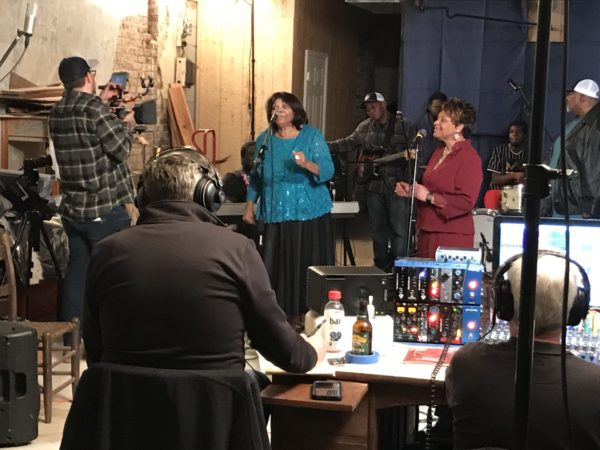 In February 2020, the foundation hosted a recording session for Fat Possum Records at which several regional gospel acts were documented in studio quality audio and video.