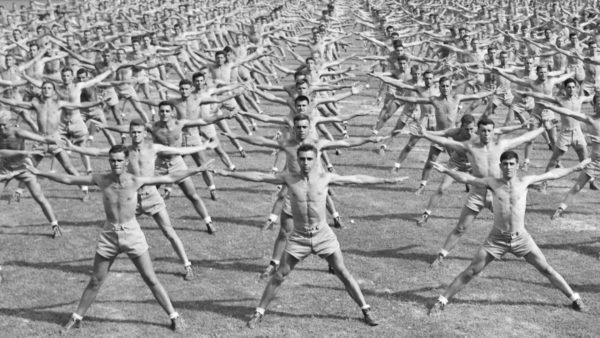 living with the sailors at Carolina

Having just read D. G Martin’s article in the Daily Reflector about time spent on the UNC campus by our late president, George H.W. Bush, as an 18-year-old pre-flight cadet, I began reflecting on my student days there at that time and place.
It was a time of great upheaval in our nation as World War II was just beginning, and young men were signing up for military service in droves. The university was chosen as the site of one of several pre-flight schools where cadets were given three months of intense physical fitness training in preparation for becoming naval fighter pilots. Sports facilities, dormitories and the gymnasium were taken over by the Navy. They also built an outdoor swimming pool, an administration building, and a naval store on campus. 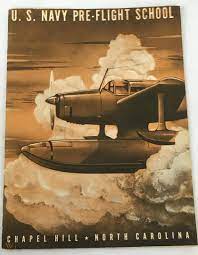 Martin’s article dealt with a proposal for placing a memorial plaque on the UNC campus, noting that our 41st president spent time as a cadet. It was about this time that many young men in uniform were filling up the campus, too, and this included several well-known outstanding sports figures. It was a sports hero worshiper’s paradise, and I was one, in spades. My favorite baseball team was the Boston Red Sox, and, in the afternoon, I could watch Ted Williams at batting practice, along with Johnny Pesky, Dusty Baker and Johnny Sain. I remember Dusty Baker hit the ball over Lenoir dining hall. Otto Graham, of football fame, quarterbacking for the Cleveland Indians, was there in the mix.
I worked that summer in Lenoir dining hall and had a good look at the guys. Most were from up north and made fun of our southern drawl. Mr. Gooch was the dining hall manager, and he had the bright idea of serving a special meal for these Yankee cadets so they would experience a taste of the south. He brought in Bob Melton’s barbeque, with slaw and cornbread, from Rocky Mount to give them a feast. The barbeque came in a barrel. The look on those cadets faces when they put that strange, chopped meat in their mouths – it was a disaster. “What is it?” “Is it spoiled?” Poor Mr. Gooch. He was so disappointed. The barrel of barbeque went back to Rocky Mount hardly untouched.
With so many boys on campus, there were girls about, especially on weekends. One handsome dude sat on the rock wall beside Whitehead dorm every afternoon after classes with a beautiful woman. She was Helen O’Connell, Jimmy Dorsey’s vocalist, of “Tangerine” and “Green Eyes” fame. These were great dancing tunes of the 40’s. Another group on campus at this time was a contingency of German prisoners of war. They were enclosed in an area of Cyclone fencing and barbed wire. There were guards there and we could go up the fence and try to communicate with the group. They were young and good looking with blonde hair and very friendly.
Many of our young men, after fight training, went right into the fighting in the South Pacific. Some never returned. Thankfully, President George H. W Bush returned after narrowly surviving a crash off New Caledonia. I’m pleased he is getting his plaque on UNC campus to remind us of a great hero of another time.