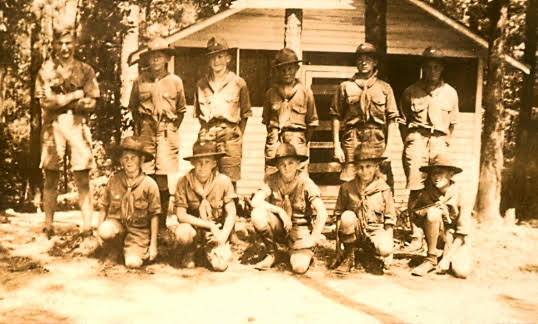 I wonder how many of my friends remember when the street or road in front of their house was paved. In my childhood, road paving was big-time stuff, because our small southern towns had dirt streets. In 1932 our governor was O. Nance Gardner. Because of his help in getting connecting highways between towns paved, he become known as the “North Carolina Good Roads Governor.”

Dirt streets were like playgrounds for children. Dodge ball, bike races, hopscotch, and baseball helped fill our free time, and there were fewer bloody knees than on paved roads. In winter, after bad weather, school buses couldn’t get through the ruts and mud, so school was canceled. Remember scenes in the movie To Kill A Mockingbird? Scout and her friends were always running and playing up and down dirt streets. That must have been about 1935.

Mr. Frank Lewis was our district road maintenance man. He had that big old yellow blade road machine, setting it at an angle and plowing along the ditch, moving the dirt to the center of the road. Then, the next pass smoothed out the surface, making a wonderful riding surface for cars and bicycles.

The first paving in my town was poured cement, and I watched the work being done. Sections were created with framing timbers. The cement was mixed on site in a large drum and hauled by wheelbarrows. Men with heavy black boots spread the mix, and after a couple of days of “setting up,” we had a paved main street. By that time we had put our initials in the cement. That street is 90 years old.

The next North Carolina governor to be associated with road paving was Kerr Scott. He was noted for getting the farmers out of the mud. Rural roads over the state were hard surfaced so the farmer could haul his tobacco and other products to market. These roads were mostly asphalt. Our dirt streets were graded and then the black, tank truck sprayed the hot liquid first coat on the surface. In hot weather, we children were usually bare-footed. That meant tar stuck on the bottom of our feet if we ventured near the roadbed. Eventually, we had to cross the street, so a clever plan was created. We used a couple of 8-inch boards for the sole of the foot, cut a ring from an inner tube, and then stretched it around the foot and board. We walked wherever we wanted with no tar on our feet. Smart kids.

I learned to drive an automobile on dirt roads, and it could be hazardous. If you drove through a sandy area, you had to keep the wheels in the ruts or else the automobile might twist sideways and give you a scare. If the surface of the road was clay, then you navigated a “washboard” section that could shake your teeth out. It wasn’t surprising to see cars sitting in the ditch, awaiting a pull-out. Today, an unpaved public road would be hard to find. Little maintenance, and safer driving is everywhere.