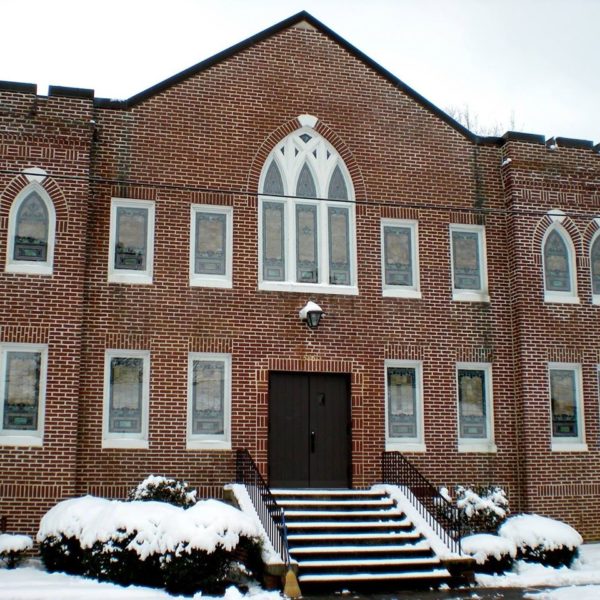 100 years of Good News in Fountain

Here’s how we announced our centennial celebrations in 2012

[Fountain, NC] Fountain Presbyterian Church kicks off its centennial year of celebrations on Sunday, September 25, with a Memory Day luncheon that will feature the first ringing of the church’s historic bell in decades.

The church, whose motto is “Proclaiming the Good News to the community since 1912,” plans a series of events that will culminate with a homecoming on September 23, 2012.

Rev. Claude Andrews, who is completing his 25th year as the church pastor, said, “Fountain and our church are poised for growth. With ECU and the medical community continuing to expand, we’ll increasingly be more attractive to new residents looking for a small-town atmosphere and a progressive little local church.”

In its earlier years, Fountain Presbyterian was one of the strongest little churches in the region, but as with so many eastern North Carolina communities, the combination of bypasses, shopping centers, and kids gone off to college caused a steady decline in active membership. By 2001, the church was almost entirely comprised of senior citizens.

“We started seeing a resurgence about then,” said Rev. Andrews. Now, we’ve added a nursery and we’ve got several young families active in the church and community. But we’ve still got plenty of room for more!”

Stephanie West-Puckett, and her husband, Rob, who joined two years ago, have four children. “My family and I are pleased to be a part of such a warm and welcoming congregational family,” she said, “and we’re excited about our upcoming celebrations.”

She and Alex Albright, both English professors at East Carolina University, are co-chairs of the church’s Centennial Celebration Committee. Among other events planned for the centennial year’s events is a community celebration of local church histories. “Reid’s Chapel is the oldest church in Fountain, Fountain Baptist the next oldest, and we’re third,” said Albright. “We’ve got a lot of newer churches around too, and we intend to get all of us together to share our collective histories with each other.”

The church will also add special historic components to selected worship services, including one service that will follow the 1912 order of worship. Albright is compiling a new church history, building on the one first composed by Mary Carolyn Smith. Stephanie West-Puckett and Rob Puckett will make a DVD on the church’s history.

Fountain Presbyterian, founded on September 22, 1912, was an outgrowth of non-denominational services that were held in a storeroom over the G.W. Jefferson store, beginning soon after the town was founded in 1903. A Sunday school was subsequently organized, and in 1908, the town bought the lot at the corner of Church and Lang Streets, where the current church building stands, for the purpose of building a school, which would also double as a place for Sunday school and church services to meet.

When the county built a new school in 1911, the original Fountain school was sold to the Albemarle Presbytery, along with the lot, for $300, and the next year, Fountain Presbyterian was organized. Services were held in that original building until the new sanctuary was constructed, in 1924, after the old building was moved about a block away, where it is still used as a local residence.

The church added an educational building in 1963, the same year its sanctuary was air conditioned. Two years later, its membership peaked at an all-time high of 95.

Rev. Andrews, originally from Tarboro, is the 17th minister to serve Fountain Presbyterian. “It’s a terrific church,” he said, “and I’m thrilled to see us turn the corner in terms of growth. As we move further into the 21st century, we   welcome the opportunities that await us.”

The service upcoming on September 23 will include the use of 1920s hymnals. Members are encouraged to bring memories and memorabilia to the luncheon, for use in the church history DVD. The church bell, which has been silent since the 1960s, will ring at noon.

According to elders in the church, the clapper had been taken out of the bell to keep kids from ringing it. “We’d started investigating how to have a new one cast,” said Albright. But the original was found after elder Louise Everett recalled its having been stored in a closet.

The 24″ bell was made by the C.S. Bell Co. of Hillsboro, Ohio, which built its early reputation by creating fine farming implements and household stoves. Bell discovered a metallurgical process that allowed him to produce bells with beautiful tones out of a “peculiar amalgam” that was much cheaper than brass and copper and prettier sounding than tin. He began making bells about 1870 and by 1889 was making and selling over 20,000 bells a year, for farms, towns, schools, and churches. But by 1905, the bell business was slowing, and the Bell Company returned its concentration to making farm implements.

“The bell’s yoke was broken badly and welded once,” said Albright. “It seems likely that it would’ve been the original bell for the town’s first school. It’s got a beautiful ring to it, and we’re glad to have it functional again in time to ring in our centennial celebrations.”

Added West-Puckett: “We all look forward to rejoicing in our historic moments as we reflect back on a century and service here in Fountain. We invite everyone to join us in these events and to share with us the beauty of our historic sanctuary and the joyful song that fills our hearts.”