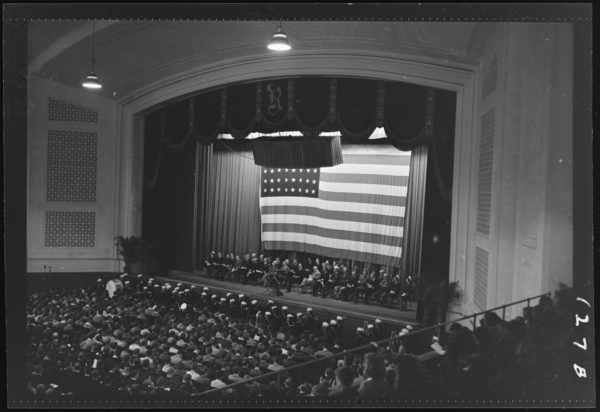 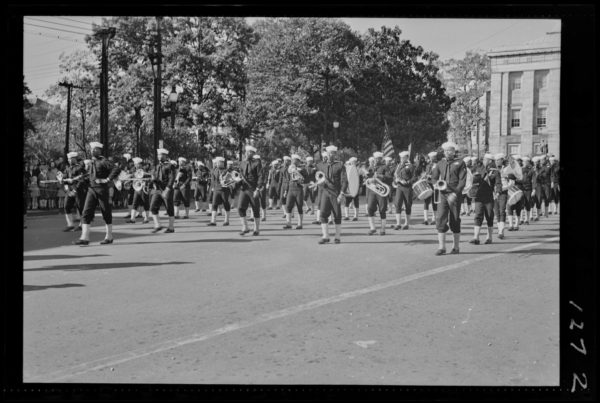 Raleigh’s first war-time observance of Navy Day began with a gala parade through downtown and concluded with a patriotic program at Memorial Auditorium. 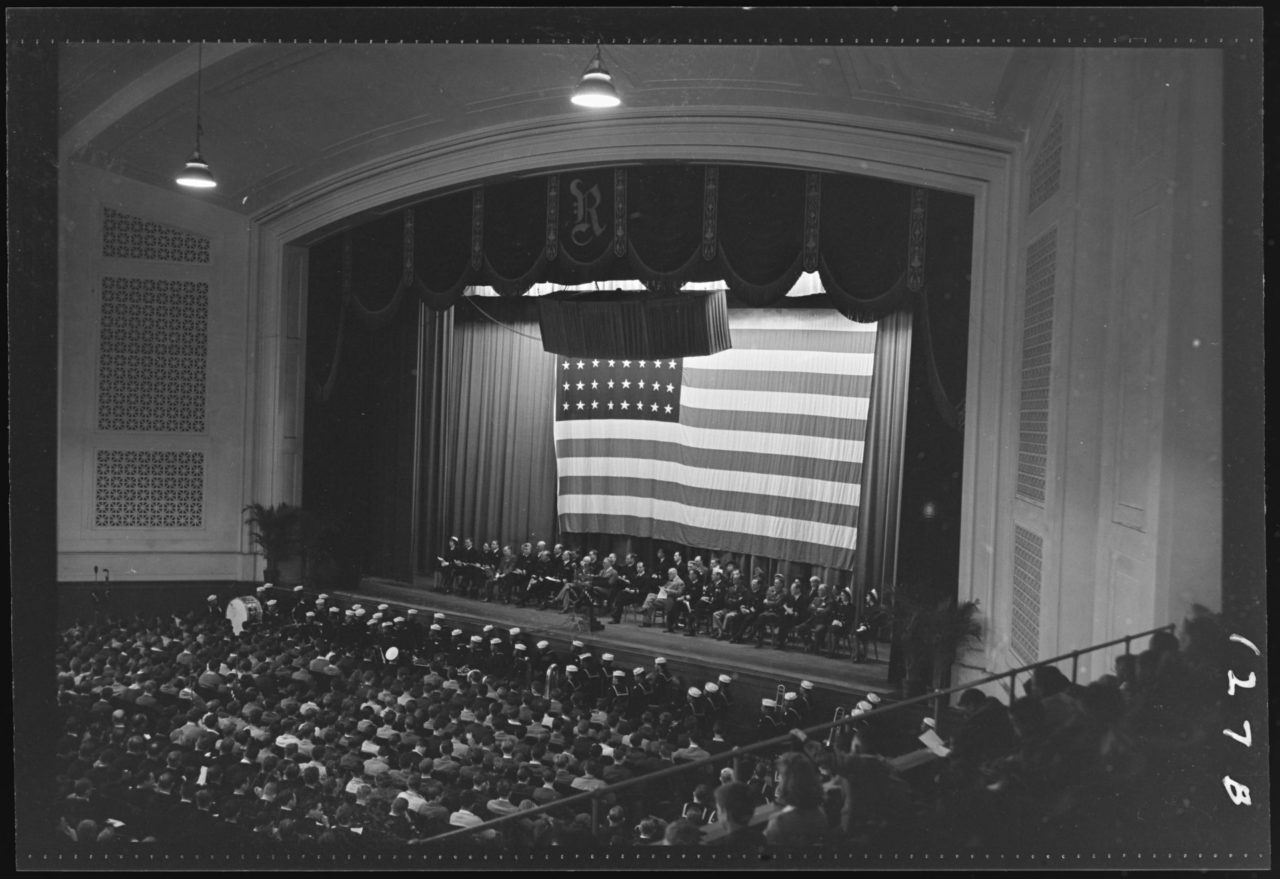 In the parade, B-1 was one of nine bands who marched–along with 1,300 cadets from the UNC Pre-Flight School–from “the State College entrance” on Hillsborough Street to auditorium, where the induction ceremony began about 4:30 p.m., and which also featured B-1.