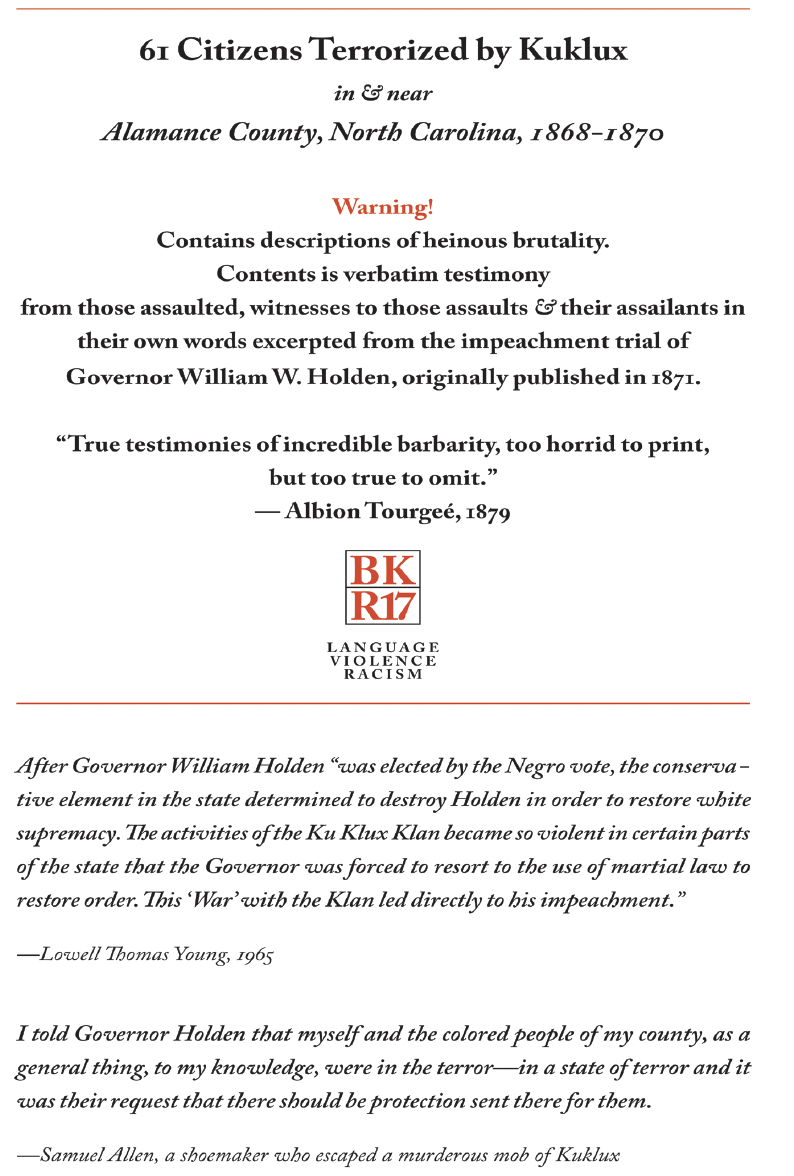 Primary contents of 61 Citizens is comprised of verbatim testimony, including questions and statements from prosecution, defense, and judge, as well as from those terrorized by Kukux and witnesses to those acts, during the impeachment trial of North Carolina Governor William W. Holden in 1871. Because the testimony is taken directly from the transcript, it includes archaic diction and spelling as well as reactions from those in attendance at the trial, often laughter and occasionally as stage directions, as when one witness complies to the prosecution’s suggestion that he put on a full Kuklux disguise. There’s no indication that he ever takes it off during his testimony.

Holden was convicted on six of eight charges and removed from office on March 22, 1871.

During their investigations into alleged assaults in Alamance and Caswell counties, agents for Governor Holden counted at least 100 homes broken into, their occupants assaulted, and at least 8 men murdered by Kuklux during the insurrection; only 4 of those murders are documented in 61 Citizens. The 61 citizens terrorized in these incidents does not name the many more–at least 92–who were direct witnesses to the assaults.

Also included in 61 Citizens is a brief introduction to the impeachment trial and an appendix that adds another 59 citizens to the list of those known through their testimony to the U.S. Congress in 1871 to have been assaulted by KuKlux in Alamance County during the same time period covered in the main contents.

Copies of 61 Citizens are available via mail order and at our brick & mortar store at 6754 E. Wilson St., Fountain, NC, and at Scuppernong Books in Greensboro.