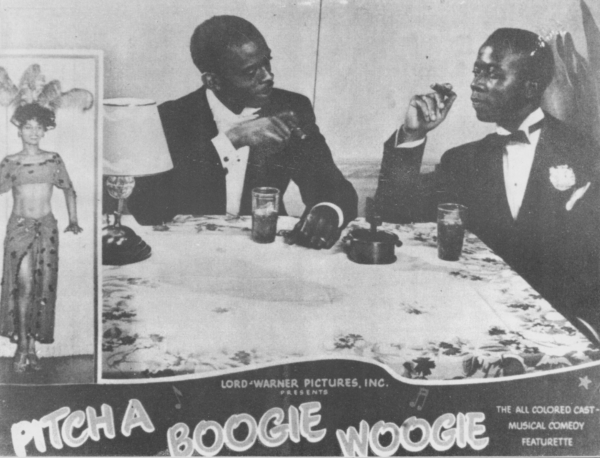 Soundtrack band The Rhythm Vets, from Greensboro, NC, was comprised of World War II Navy band veterans who were students at or graduates of North Carolina A&T, including featured singer Tabu Mike. Other vocalists: Evelyn Whorton from the Brown Skin Models, who had joined up with Winstead’s Mighty Minstrels, from Fayetteville, NC, on a tour of week-long stands in the tobacco counties of eastern North Carolina in 1947–their band had originally been supposed to provide the soundtrack instrumentation; Rosa Burrell from Winstead’s Mighty Minstrels; and locals Joe Little and Esther Mae Porteur, from Greenville, NC.

To get the full effect of the soundtrack, though, by watching the various dancers, watch the featurette “Pitch a Boogie,” which is contained within a 1988 UNC-TV documentary about its making, restoration, and re-premiere.