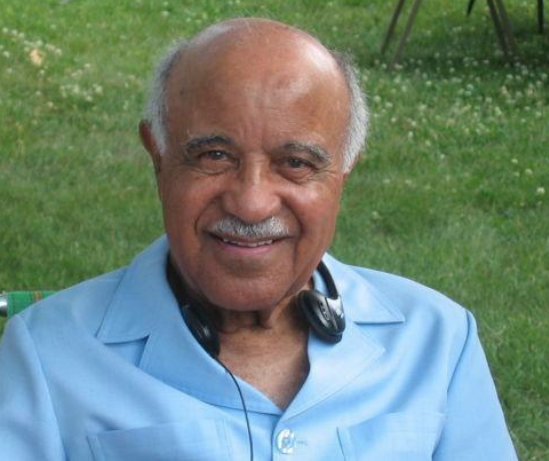 Robert Carter was born on September 26, 1915, the 14th child in a family of 15. Both of his grandfathers were veterans of the Civil War. All three of his children graduated from St. Louis University. Carter was living in St. Louis with his wife, Daphne Tyus when he enlisted in the Navy as a musician in September 1942: “I was working at the St. Louis Medical Depot by day and playing music by night.”

Robert Carter began his musical studies with P.B. Langford, director of the Odd Fellows Brass Band. He attended Sumner High Schoo,l where he continued his music training. Lodge and funeral bands were among his first music performing groups as a youth andlater performed with Harry Winn, Eddie  Johnson’s Crackerjacks, Eddie Randle’s Blue Devils, Charles Creath, Dewey Jackson, the George Hudson Orchestra, and Singleton Palmer’s Dixieland Six. Carter was president of the musicians’ union, Local 197 in St. Louis and also a long-time member of its executive board. His first big musical job was with Fate Marable, on riverboats for the Streckfus Company, from 1937-39.

He was among about 30 of the best musicians in St. Louis to enlist in the Navy en masse: “S chief petty officer came to St. Louis to recruit musicians, and he recruited most of us from the union,” he recalled. Several of the St. Louis enlistees–Len Bowden and Clark Terry among them–became permanent leaders at the music school set up at Camp Robert Smalls in Chicago.

Carter, like many Navy musicians, recalls being told that after training he would stay in St. Louis for the duration of the war and that his only job would be playing music. He was first stationed at Lambert Feld, St. Louis. “All our band did was play music,” he said. “We played for bond rallies, we played for cadets when they paraded, and we played concerts.” He and his 23-piece band were broken up, however, when they refused a latrine-cleaning duty; Carter and Melvin Thomas wound up then being assigned to B-1 in Hawaii.

After the war, he returned to St. Louis and worked at the Medical Depot, retiring in 1973, all the while playing music with George Hudson’s Orchestra and with Singleton Palmer. He was elected president of the local union in 1947 and also served as its vice-president.

Robert Carter died on December 11, 2013, at the age of 98. He is survived by two sons, Geoffrey Carter, of Oakland, CA; and Eric Carter, of Breckenridge Hills, MO.

Robert Carter joined B-1 in Hawaii. He had originally been stationed in St. Louis but his Navy band there was broken up after it refused to clean latrines and the members were sent back to Great Lakes for re-assignment.

He attended B-1’s Chapel Hill reunion in 2007, where he spoke eloquently of his service at a Wilson Library symposium. 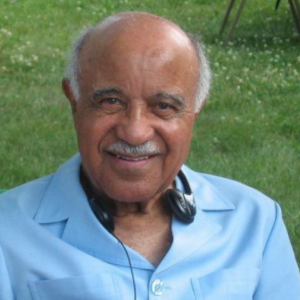 His obituary, from the St. Louis Dispatch:

Robert Carter worked a federal government job by day and played as a jazz and Dixieland trombonist on nights and weekends, to give his three children a better life than he had. He attended a two-room schoolhouse for black children and lived his entire life on family land in what is now Breckenridge Hills.

Mr. Carter died Dec. 11, 2013, at Missouri Baptist Hospital after being admitted a week earlier following a fall. He was 98.

He began playing professionally after graduation. His first regular job was on riverboats on the Ohio River for three seasons in the late 1930s, playing with jazz pianist and band leader Fate Marable. He played with several other bands and musicians in the St. Louis area in later years, including the George Hudson Orchestra, Len Bowden and Singleton Palmer. He started playing with Palmer while they were both in high school and continued through 1985. He was the last of the original members of Palmer’s Dixieland Six, which frequently played in Gaslight Square.

In an interview with the Post-Dispatch in 1999, Mr. Carter recalled playing at the old Plantation Night club on Vandeventer Avenue. “The club featured black entertainers, like the Cotton Club in New York, where blacks worked but were not allowed to patronize. It was a way of life then and we accepted it, but I’m glad it changed.”

He married Daphne Tyus in 1940 and enlisted in the Navy two years later. He was stationed at Lambert Field and in Hawaii, where he was assigned to the Navy’s first black band, the B-1 Band. After his discharge, he returned to St. Louis and got a job with the federal government. He worked on nights and weekends as a trombonist and singer. 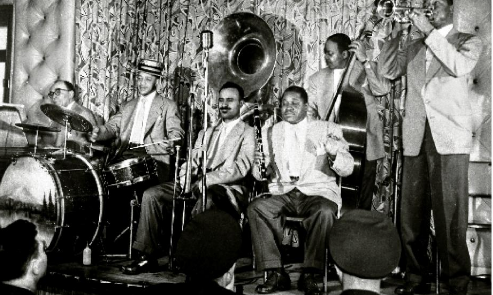 “My father decided that being a professional musician was not going to be enough money to raise a family with,” said a son, Geoffrey Carter of Oakland, Calif. “He decided to have a day job and try to give his children a better life than he had.”

Indeed, the children attended a parochial grade school and private high schools, and two went on to law school. Another son, Eric Carter of Breckenridge Hills, said his father helped him learn to play the trumpet, his brother the trombone, and his sister the piano and French horn. “There was no doubt that music was a deep love in his life and he wanted to do everything he could to see that we developed it,” he said.

Mr. Carter was elected President of Musicians’ Union Local 197 in 1947 and served as vice-president for several years.

In addition to his sons, survivors include a sister, Virginia Blake, of Florissant.
A memorial service will be held at 10 a.m. Saturday at the mausoleum at Calvary Cemetery in the second floor chapel.

With the Singleton Palmer Dixieland 6, Carter made several recordings. 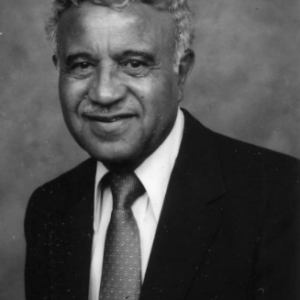