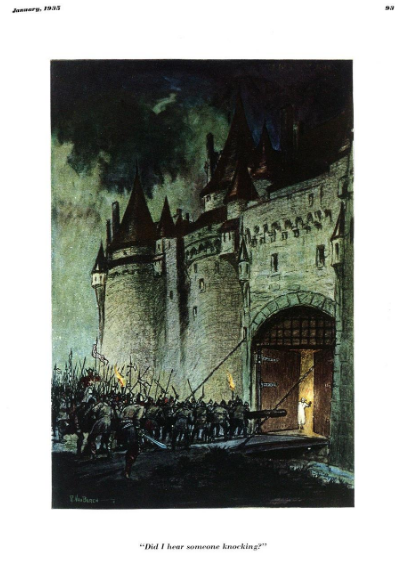 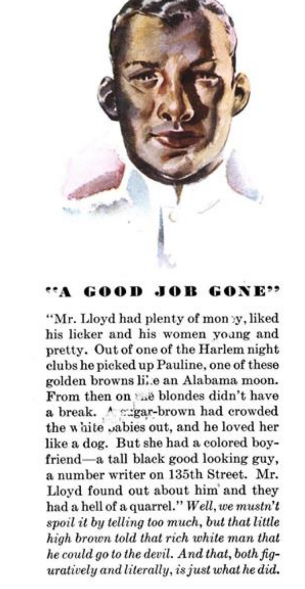 Between 1934-36, Langston Hughes published five short stories and a personal narrative in Esquire magazine. It launched in September 1933 with stories and articles by Ernest Hemingway, John dos Passos, Dashiell Hammett and Erskine Caldwell, whose agent, Maxim Lieber had recently begun representing Hughes. The first of Hughes’ stories to appear in Esquire, “A Good Job Gone,” was used in an unusual subscription campaign that began in the January 1934 issue. 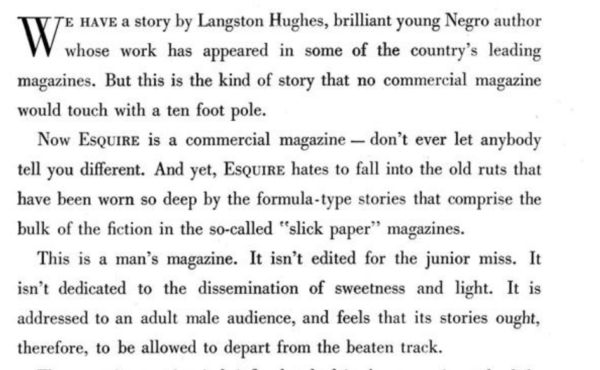 Esquire introduced the responses to its entreaty in February: “As for ‘A Good Job Gone,’ we didn’t, as some of you have gathered, propose to run an article suggesting immediate, compulsory and universal misceg-enation. We didn’t even suggest a re-sumption of the Civil War. So the violence of both the Yeas and Nays is amazing and makes us wonder, among other things, who ever started the legend about the ease of the editor’s chair.” Remember, the editor’s note concluded, “it’s only a story.” Noel Sullivan, Hughes’ new patron in San Francisco, telegrammed that he would take out ten yearly subscriptions if the story appeared; others said they’d cancel their subscriptions, and several were, indeed, virulently racist. Reading these responses today is unnerving, especially for the prevalence of the “n-word” and the mocking use of dialect.
Such opinions, both Yeas and Nays, continued after the story appeared in April 1934; several also expressed disappointment in both the story and its anticipated salaciousness.
Much more successful (and disturbing) as a story was “Home,” which appeared in the May issue. With its subject the lynching of a black classical musician, it had been rejected by Scribner’s, Forum, Harper’s, American Mercury, and Atlantic Monthly (whose rejection letter to Lieber said “most people read for pleasure, and certainly there is no pleasure here”) before Esquire accepted and re-titled it as “The Folks at Home,” promoting it as “The story of what happens when an uppity nigger has forgotten his place in his old home town.”

Hughes had become a serious short story writer after reading D.H. Lawrence while on an extended 1933 stay in Russia, and Blanche Knopf was interested in the collection he proposed. The Ways of White Folks, when published by Knopf in 1934, would include only the first two Esquire stories, “A Good Job Gone” and “The Folks at Home”; the others would not be collected until 1952, in Laughing To Keep from Crying.
The stories collected in The Ways of White Folks were written during an especially productive period of Hughes’ life, when he was for the most part living at the expense of Noel Sullivan at either his palatial home in San Francisco or at his vacation home in Carmel-by-the-Sea, where Hughes spent much of 1934.
He published “Little Old Spy,” a surveillance experience narrative, in the September 1934 issue, “On the Road” in January 1935, “Tragedy at the Baths” in October 1935, and “Slice ’em Down” in May 1936. In July ’36 Esquire also published one of his best known poems, “Let America Be America Again” and in October 1938 the poem “Air Raid: Barcelona,” both with powerful illustrations.
The commercial school of illustration that dominated Esquire’s stories and its competitors was dynamic and derivative, a mix of caricature, cartoon, and art. Hughes’ stories were illustrated by three of the best: Wendell O. Kling, Maurice Freed, and Eric Lundgren.

Kling, who illustrated “The Folks at Home,” was born June 4, 1949, in Duluth, Minnesota and was living in Streator, Illinois, when he died at 73 on September 17, 1981. According to his obituary, he had moved from Chicago, where he worked as an artist, to Streater, in 1964. In Streator, he painted portraits of “all the presidents of Union National Bank, which are hanging in the bank board room.”
He illustrated the first cover of the Herald American Sunday Magazine, using for a subject one of his four sons, Michael.
According to Lief Ping, who publishes a smart and entertaining blog “celebrating illustration, design, cartoon and comic art of the mid-20th century,” Kling and Robert B. Eirinberg formed Kling Studios in 1934 and by the early 1940s they had studios in New York, Chicago, Cleveland and Indianapolis. By the mid-1940s, they had a new half-million dollar office in Chicago, at 601 N. Fairbanks Court, and “their massive production staff included some of the biggest names in illustration in America.” Kling Studios later opened offices in Detroit and Hollywood. Ping writes that no other art studio in the United States matched Kling for “sheer size, services offered, and nation-wide reach.”
In addition to Esquire, he also illustrated stories for the Saturday Evening Post, Collier’s, American Weekly, Field and Stream, and Liberty into the 1950s.

Freed, who illustrated “On the Road,” was born in Pottsville, Pennsylvania in 1911, and, according to a sketch of his life and career by Henry Pitz, graduated from the Philadelphia College of Art. He lived and painted in Philadelphia during most of his life. 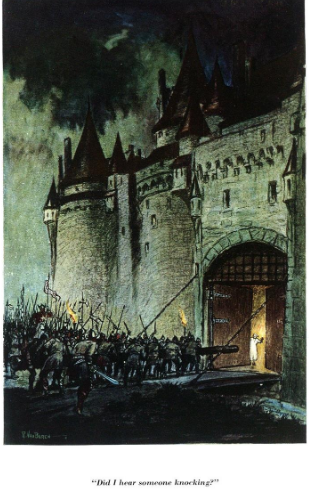 His rise to prominence as a “leading 20th century American painter and illustrator” was rapid:  at 19, he won a scholarship to study at Provincetown, at 21 he was sketching on the beaches of Atlantic City, New Jersey, at 22, he traveled to Paris to paint, and at 23 he was named Esquire’s second art director.
After two years working at Esquire, he illustrated for the New Yorker, Holiday, Stage, Saturday Evening Post, and Fortune magazines and also ran a successful advertising art service.
Freed abandoned commercial art in 1960, returned to Paris, and until his death in 1981 devoted himself “to his painting and to the world of art around him.”
John Groth, Esquire’s first art director, described him, at 22, as “the millionth oyster—the one that has a pearl.”
American Artist magazine might have been describing his two illustrations for “On the Road” when it said of his work: “A command of textures keeps every surface alive. He has absorbed the wiser teachings of modernism and uses them knowingly—the forms have a tantalizing freshness as they hover between the abstract and the concrete and nudge the mind to recall something half remembered.” 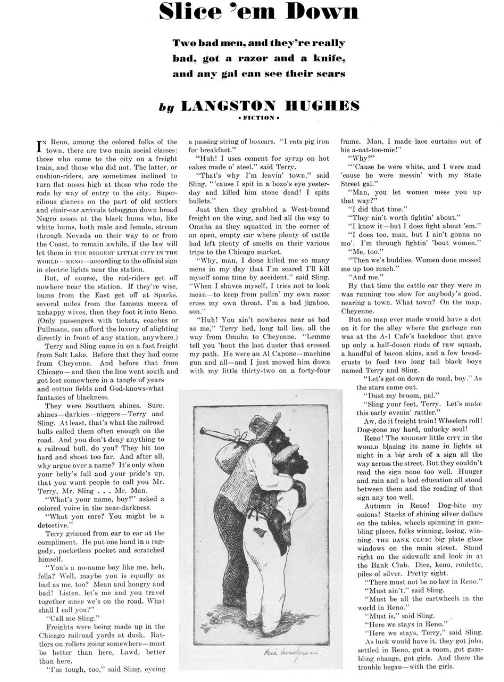 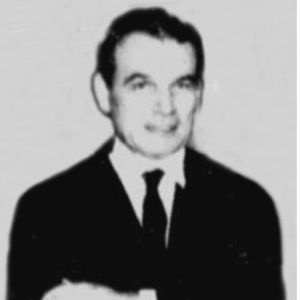 Lundgren, who illustrated “Slice ‘em Down,” was born May 5, 1906 in Sweden. In 1919, he immigrated to the United States, where he lived in a suburb of Chicago with an uncle. After college, he began work as a commercial artist, also in Chicago. From 1930-35, he was a cover artist for several pulps published by Metropolitan Publishers of Chicago: Two-Gun Western Stories, Nickel Western, Man Stories, and Popular Fiction Magazine. 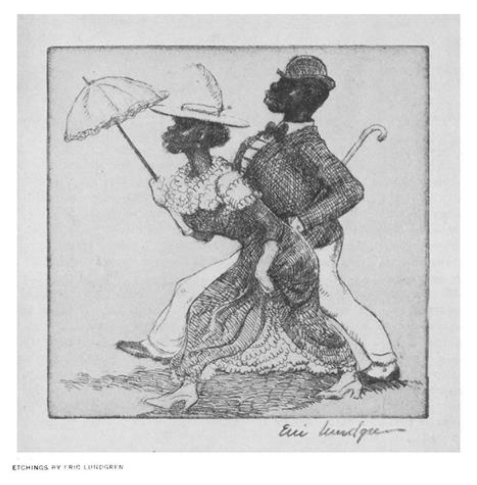 At Esquire, he was “instrumental in helping to publicize ‘Esky’ as the persona of the magazine.” In addition to his illustrations for Esquire, he wrote and illustrated for it a series of “amusing travel stories” that ran for five years. In 1941, he was named art director of Esquire and moved to New York.
The caricatures he drew to illustrate “Slice ’em Down” (also called “Slice Him Down”) would not have been appropriate for the story as Hughes originally wrote it. But Esquire didn’t like that tragic ending, so Hughes came up a new conclusion that’s built around an elaborate joke which works because of its Depression-era setting.
During World War II, Lundgren served in the army, stationed at Camp Blanding in Florida, and after the war he moved to West Palm Beach where he taught at the Norton Gallery School of Art. He and his wife, Marion Yeomans, taught art in West Palm Beach for many years. They lived in a “showcase home” and “enjoyed social success as popular local artists.” He died at their summer residence in Maine on July 29, 1971.

All images above except for the photo of Eric Lundgren are from Esquire’s archives, which I hope are being studied by some young academics. Issue-by-issue they’ll transport you to a very particular view of American culture as it defines itself before, during, and after World War II especially: dense reading, filled with distractions. 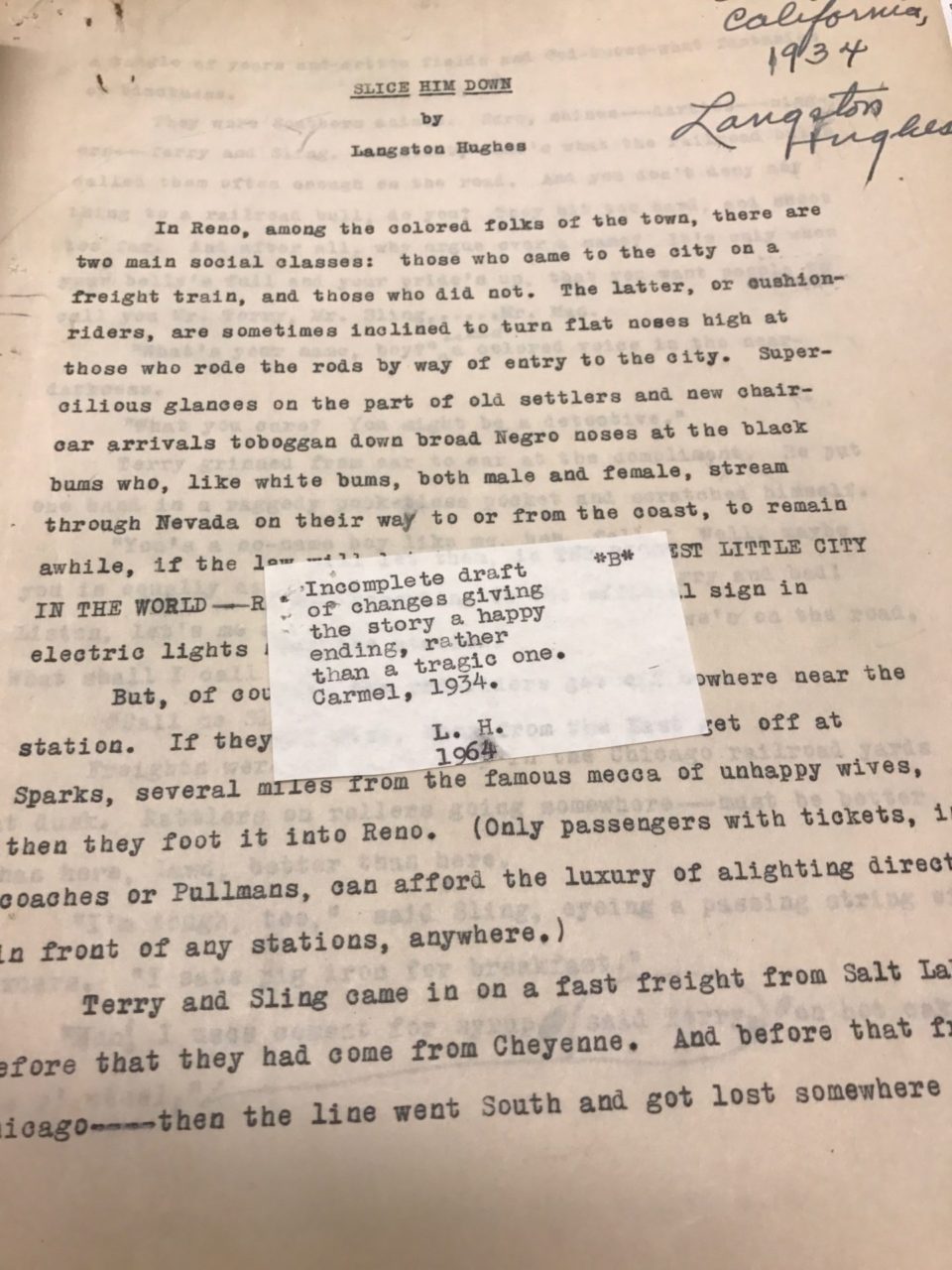