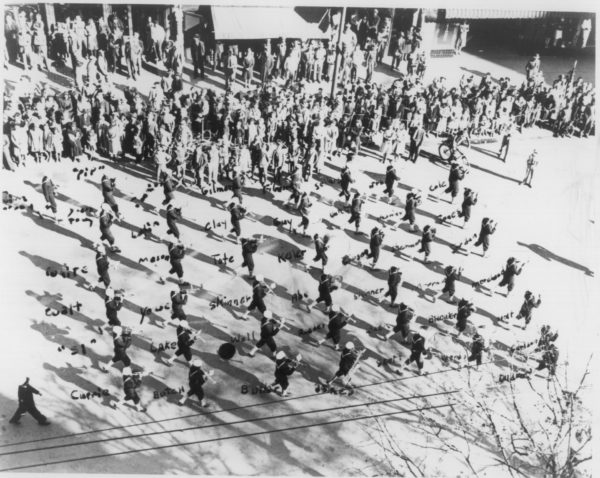 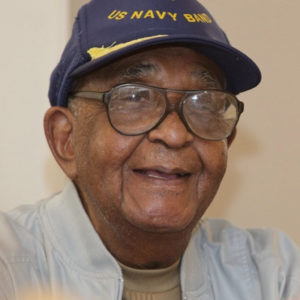 Abe Thurman was 94 when he died Sept. 21, 2016 at his residence. His funeral service was at St. Stephens Congregational Church in Beaufort, and he was buried with military honors at Carteret Memorial Gardens.

I was unable to attend the memorial services but sent these remarks, which were read at his funeral.

His service is at 11 a.m. Friday at St. Stephens Congregational Church, 500 Cedar St. A burial will take place in Carteret Memorial Gardens.

According to information from his family, while Mr. Thurman was attending school, America was fighting in World War II, as well as at home with segregation and racism.

Under President Franklin D. Roosevelt’s initiative to relieve some of the tension regarding race relations in the South, an integration plan was developed regarding the Army and Navy branches where four pre-flight training schools for training Navy pilots were established.

Each school was to have a 40-piece band comprised exclusively of African-American personnel.

Mr. Thurman was one of 44 young black men from Greensboro College enlisted in the Navy to become “Unit Band No. 1,” also known as the B1 Band, which was never separated for the duration of the war.

Mr. Thurman and others were instrumental in breaking the color barrier through music and calming some of the unrest in the South and the nation through their display of education, music and frontline precision in Battle Parade Marches, concerts and their own swing band events.

After his honorable discharge from the U.S. Navy, Mr. Thurman was instrumental in developing the band at Queen Street High School.

He was employed as an educator by the Carteret County School Board, teaching at East Carteret High School, having expertise in chemistry, physics, biology and music.

The Rev. Curtis Oden Jr. was one of Mr. Thurman’s students while he taught at East Carteret High School. He remembers him for his quiet, yet powerful personality.

“He was a great teacher, and took the time to help a lot of kids. He had a lot of influence on the kids,” the Rev. Oden Jr. said. “He was a very quiet man, but very influential and very respected educator.”

Mr. Thurman also served a four-year term as a town commissioner starting in 1991.

He served as mayor pro tem and functioned as one of many tax preparers volunteering service to his community for a number of years.

Current Mayor Richard Stanley got to know Mr. Thurman while he was working for the community.

“Abe was a wonderful man. He made many lasting contributions to the town,” Mayor Stanley said. “He’s going to be missed. He was a pillar to the community.”

Mr. Thurman was member of St. Stephens Congregational Church where he sang in the choir, often played his trumpet, and at times his piccolo, and served for more than 30 years as the church’s treasurer.

His musical passion continued as he played the trumpet and sang in the band, “The Southernaires,” which entertained fans across the state.

Arrangements are handled by Oscar’s Mortuary in New Bern. Those that would like to leave online condolences may do so at www.oscarsmortuary.com.

See full obituary on Page 3A of the Wednesday, Sept. 28, edition of the Carteret County News-Times.